It's the first major change to the BSOD since Microsoft added a sad face to the screen in Windows 8 in 2012. 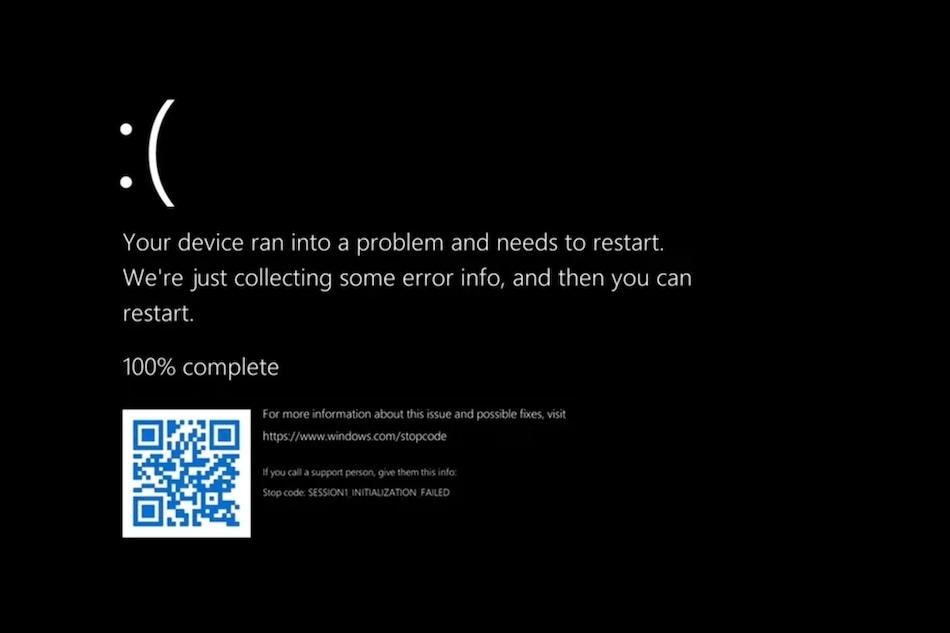 American tech giant Microsoft will be changing its famous Blue Screen of Death (BSOD) to a black one in its upcoming Windows 11 operating system.

According to The Verge, the software giant started testing its new design changes in a Windows 11 preview earlier this week, but the Black Screen of Death isn't fully enabled yet. This new switch for Windows 11, is in pace with the new black logon and shutdown screens.

It's the first major change to the BSOD since Microsoft added a sad face to the screen in Windows 8 in 2012, and QR codes in 2016. Microsoft first introduced the BSOD in Windows 3.0, offering a way for IT professionals and support personnel to diagnose hardware and memory faults.

A BSOD is Windows' own kernel error or bug check, and it usually includes a dump of data that can help system administrators analyse what system fault caused the blue screen.

While Microsoft will be switching to a Black Screen of Death in Windows 11, the screen is identical to the one found in Windows 10 otherwise.

The sad face remains, as does the stop code and crash dump. The current preview of Windows 11 includes a green BSOD, a colour that Microsoft has been using for Windows Insider builds since 2016.

It's not entirely clear as to why Microsoft is changing the colour from blue to black, and the company isn't commenting on the change yet.

Still, as per The Verge, there are some theories. Microsoft is overhauling many parts of Windows 11, with a fresh approach to the OS. It's likely because Windows 11 includes a visual overhaul to modernise the OS in key areas, including classic parts like the Start menu, File Explorer, and now even the BSOD.