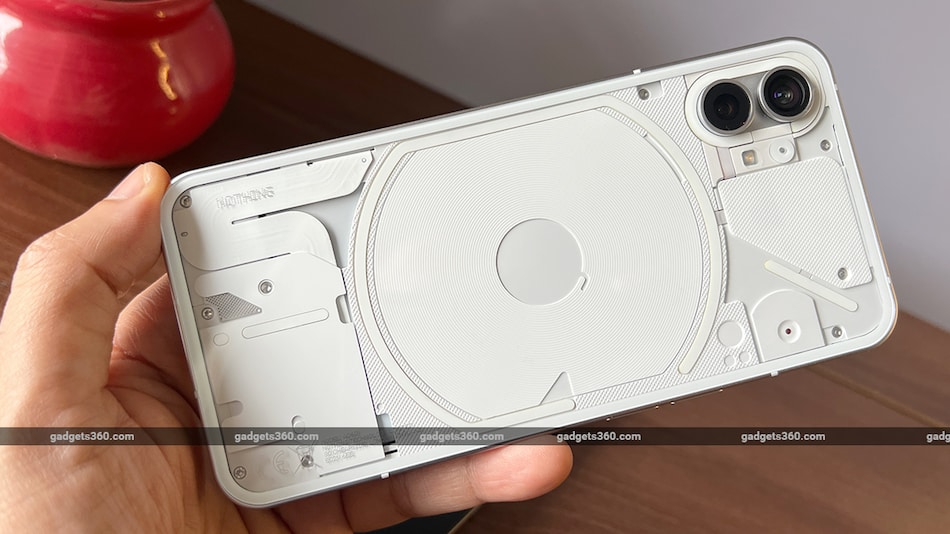 The Nothing Phone 1 offers wireless charging as well

Nothing Phone 1, which did quite well in our review, but there was definitely some room for improvements that can be brought about with software updates. Nothing released its first major software update on 21 July and brought some missing features like HDR10+ video streaming support, along with important optimisations like battery life improvements. And now, there's another software update that's making its way to the Phone 1.

Compared to the first software update, which was 93.81MB in size, the latest one is a lot smaller at 38.28MB. The software update does not add any new features, but attempts to fix existing ones and improve the software experience. Gadgets360 has received the update on its review units and here's what's new.

Nothing also claims to have improved charging performance when charging the smartphone using third-party chargers with this update. This is vital as the Nothing Phone 1 does not come with a charger in the box. Users can charge the phone using their own compatible USB PD charger or purchase Nothing's Power (45W) charger accessory separately.

Other minor updates include resolving a Bluetooth codec issue along with optimising some minor UI details. Also included are the usual general bug fixes and stability improvements.

To recall, the Nothing Phone was launched in India on 12 July and is priced from Rs. 32,999 for the base 8GB RAM and 128GB storage variant. The phone features a unique transparent design and Glyph Interface, which allows users to personalise the lighting effects on the back of the phone. The phone offers a 6.55-inch full-HD+ (1,080x2,400 pixels) OLED display, a Qualcomm Snapdragon 778G+ SoC, and a 50-megapixel Sony IMX766 primary camera that comes with OIS. You can read our detailed review of the smartphone here.

Infinix Hot 12 Pro With 50-Megapixel Camera to Launch in India on August 2: Details
Apple Pay Said to Work on Chrome, Edge, and Firefox on iOS 16 Beta 4 Ahead of EU Antitrust Rules