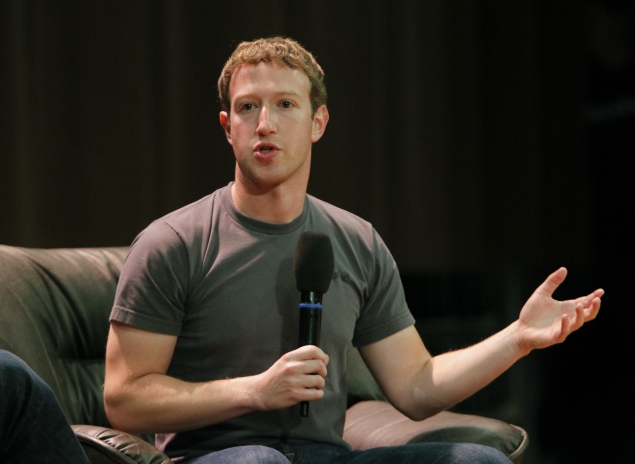 Facebook Inc Chief Executive Officer Mark Zuckerberg took a victory lap at the world's largest mobile technology conference in Barcelona on Monday, after beating out Google Inc in a $19 billion acquisition of free messaging service WhatsApp. But he faces bigger hurdles on the horizon.

Just 18 months after appearing at risk of getting crushed by the swelling mobile wave, the No. 1 social network is riding high. It gets a huge chunk of ad revenue on world-wide users of smartphones and tablets, from virtually nothing several years ago.

Now, Zuckerberg's purchase of WhatsApp - while raising eyebrows with the hefty price paid for a company that boasts 450 million users but has little revenue - places Facebook at the heart of smartphone communications.

"In the U.S. you can dial 911 and get access to basic services," Zuckerberg said, referring to the country's national emergency services phone number.

"We want to create a similar kind of dial tone for the Internet," he said, citing messaging, search and weather information among the essential online services that he said people throughout the world should be able to access on Internet-connected phones.

It's a vision that is sure to have some telecom bosses in Barcelona gritting their teeth. WhatsApp and its fellow messaging apps, including Viber and China's WeChat, have punched a hole in operators' sales by offering a free alternative to text messages, a $120 billion market for operators. Research group Ovum said telcos lost $32 billion in text revenue last year and will lose $54 billion by 2016.

But Zuckerberg is trying to cast Facebook and WhatsApp as partners not foes of the industry.

The 29-year-old co-founder of Facebook used his appearance at Mobile World Congress on Monday to talk up his company's recent effort to make wireless Internet access easier and more affordable in developing countries.

With WhatsApp now part of Facebook, Zuckerberg said the messaging service will have the breathing room to put its energy into garnering another 2 billion or 3 billion users, rather than trying to generate revenue.

Surprise deal
Facebook's purchase of WhatsApp is its latest move to transform a platform and company born on the PC into a full-fledged network for a mobile generation. Zuckerberg's progress so far on mobile has positioned the company to take advantage of the fast-growing markets. And it has helped boost Facebook's stock roughly 150 percent since July.

But with a new crop of smartphone applications threatening to eat into Facebook's audience, worrying signs of waning interest amongst younger users - which the WhatsApp acquisition may help address - and a tech landscape evolving more rapidly than ever before, Facebook can't afford to fall behind again.

That is critical for Facebook as it courts the "next 5 billion" Internet users, many of whom live in places like India and Africa and who are likely to first experience the Internet on a mobile rather than a PC.

"If Facebook is not first in line when those people are firing up their devices, it stands a chance of never connecting with those folks, because there are so many alternatives," said Brian Blau, an analyst at research firm Gartner.

Zuckerberg said the plan to bring wireless Internet access, and Facebook, to the world is a long-term project that won't pay off anytime soon.

"I think we're probably going to lose money on this for quite a while," Zuckerberg said.

No sure thing
To some, Google wields the advantage for now.

Its Android mobile operating system comes pre-installed on roughly 80 percent of the smartphones sold in the world today. That helps ensure new users will see and use its various online services, including search, maps and its Google+ social network.

Once WhatsApp is in Facebook's pocket, there's no guarantee the messaging service - which famously eschews games, shopping or other popular add-ons to focus on pure messaging - can remain ahead in a notriously fickle market.

Rival messaging apps such as Tencent Holding's WeChat and Naver's LINE are popular across Asia and have hundreds of millions of users. They have also expanded to allow users to book taxis, top up phone credit, and take part in flash sales, all on the app.

WhatsApp, which Zuckerberg has promised will remain independent, fits Facebook's recent approach of designing or buying "spinoff" apps for smartphones, such as Instagram or the Paper news app, which has earned positive reviews.

"You see Facebook trying to increase its surface area, with different apps for different things," said Josh Elman, a venture capital firm Greylock Partners. The idea is to give users multiple ways to interact with Facebook throughout the day.

To meet his ambitions, Zuckerberg could use the telecom industry's help. He will make his case to the handset makers and operators gathered in Barcelona that they should work together to make Internet access cheaper and more ubiquitous in the developing world.

Facebook has partnered with over 150 wireless providers over the past four years to offer free or discounted access to the social network, including a deal with Globe Telecom to provide three months of free access to customers in the Philippines.

The idea, he said, is to build a "more profitable model, with more subscribers for carriers, and get everyone on the Internet in a hopefully shorter period of time."

Not everyone is on board.

Vodafone Chief Executive Vittorio Colao said earlier this month that Facebook had approached him about waiving data charges when customers access the website from their mobiles. But Colao rejected the idea because he didn't see any benefit for his company, which is Europe's largest wireless carrier and also operates in India and across Africa.

To stay tuned to various announcements from the Mobile World Congress in Barcelona, visit our MWC 2014 coverage page.