From What The Golf to Wylde Flowers, our top picks from the Apple Arcade catalogue.
By Ali Pardiwala | Updated: 25 April 2022 11:19 IST 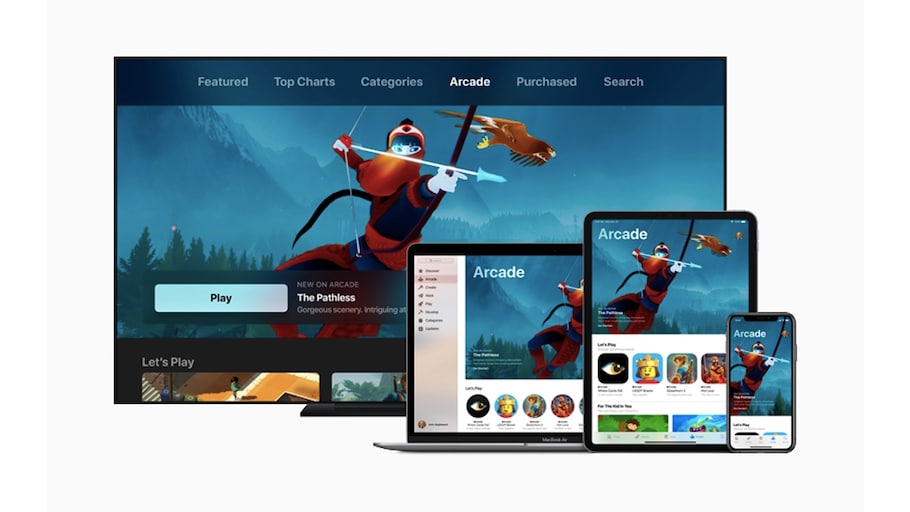 Apple Arcade is available in India for Rs. 99 per month
Highlights

Creaks has haunting artwork, and a beautiful soundtrack

What are the best games on Apple Arcade in 2022? The idea of a subscription-based service for games is a smart one, and Apple Arcade delivers enormous value for money with its service, especially in India. At Rs. 99 per month, Apple Arcade has a huge catalogue of games and continues to add new ones, giving users a chance to play premium games without any in-app purchases. The catalogue covers a wide range of genres, including sports, racing, role-playing, and adventure, to name a few.

There are also a number of established franchises and classic games redesigned and optimised for the Apple Arcade experience. Apple Arcade works on various supported Apple devices, including iPhone, iPad, Mac, and Apple TV. I've put together a list of the best Apple Arcade games that I've played since the service launched, and here are my top picks, in no particular order.

The sequel to the excellent Alto's Adventure, Alto's Odyssey Remastered brings the excellent mechanics, world design and artistic gameplay of its predecessor back in style. A typical endless runner game, Alto's Odyssey has been optimised for Apple Arcade, and has interesting objectives that increase in difficulty as you keep playing, along with an uplifting soundtrack, along with a new, exclusive ‘Lost City' biome for the platform.

Another big change is the setting, switching from snowy mountainous slopes to a much larger world spanning sandy desert terrain, ancient ruins, and climbable rock faces. Central characters Alto and his friends also return with all of their abilities. Notably, Alto's Adventure is also now available on Apple Arcade in a Remastered version, in case you prefer the original setting and gameplay.

Coming from acclaimed indie game developer Amanita Design, Creaks is set in a beautiful, mysterious world with stunning artwork, haunting music, and challenging puzzle-solving mechanics. This side-scrolling platformer has the player take the role of an unnamed, mild-mannered protagonist, who descends from his bedroom into a mansion occupied by strange but friendly Victorian-era bird folk.

While there's plenty to take in as you explore, the key element of the gameplay is solving puzzles. These come in the form of finding ways to evade various monsters that turn into household objects when light is shone upon them. The soundtrack is an important part of this game, and so Creaks is best played with headphones on.

In my opinion, Mini Motorways is the best casual game you can find on Apple Arcade right now, and one that I find myself coming back to very often. The premise of the game is simple — you connect homes to workplaces using an intricate network of roads, bridges, tunnels, roundabouts, and traffic signals. Like any growing city, this process will get more difficult as time passes. The longer you're able to maintain the network without it collapsing due to overload, the higher your score.

What makes this game more interesting is that the cityscapes are based on real-world locations with similar physical characteristics, including Los Angeles, Dubai, Munich, Beijing, and many more. The dynamic soundtrack changes based on your ability to maintain a smooth, flowing network, and adds to the mood and feel of this beautiful game. There's also Mini Metro+ from the same developer on Apple Arcade, which has similar, albeit simpler gameplay and mechanics.

Match-three puzzle games are common, but Simon's Cat - Story Time is among the better of these for many reasons. Above all, Apple Arcade makes this game entirely free to play, sans power-ups and in-app purchases designed to make progress difficult. The game is based on the popular web cartoon and book series of the same name, and follows a simple story about the goings-on in the titular character's neighbourhood.

Various objectives need to be completed, requiring you to solve match-three puzzles of varying difficulty and with ever-increasing obstacles and conditions. The simplicity and casual nature of the game make it one to come back to frequently, and fans of the web cartoon series will definitely enjoy the storyline and integration of the characters into the gameplay.

Among the first titles launched on Apple Arcade, Sneaky Sasquatch remains one of the best role-playing games on the platform till date. You're in control of a docile Sasquatch living in a national park, who starts out scavenging for food from dustbins and campsites, but eventually moves on to more important tasks and missions in the park.

The entertaining premise of the game is capably backed up by fun artwork and easy gameplay. Various mini-games keep you engaged, and the cheerful story and characters will appeal to players of all ages.

Many of Apple Arcade's games are mobile-friendly and keep things simple, but Spyder stands out for being visually detailed and much more complex in terms of game mechanics. You take control of a cute robotic spider called Agent 8, which must complete missions as a spy for a fictional British intelligence agency.

The core gameplay involves physics-based exploration and puzzle solving, as the small form and mobility of Agent 8 allow you to do things that humans cannot. Despite being quite short, the James Bond-like premise, retro setting, and engaging level-based gameplay make this a highly enjoyable game for all ages.

While there are plenty of fantasy-adventure games on Apple Arcade, The Pathless stands out for its detailed, fast-paced gameplay, beautiful open-world setting, and intuitive design that helps you figure out what to do next. The game notably doesn't have a mini-map for navigation, and you have to rely on “spirit vision” to get around, as you navigate the various parts of the cursed island setting.

The central character of the game is The Hunter, a skilled archer who must use her abilities to navigate and defeat magical enemies, with the help of an eagle companion. The game is equal parts eerie, beautiful, fun, and engaging, with stylish artwork and a complex open-world setting that is worth exploring.

Perhaps the ‘wackiest' game on Apple Arcade so far, What The Golf can technically be called a golf game, but it really isn't. There are many subtle digs at how boring golf is, while the game itself reimagines the sport with various other objects, including sofas, cars, animals, and rockets.

The goal of every level is, at its core, to get a ball into a hole, or at least in contact with the flag. There are plenty of levels, different ways to achieve targets, and lots of hidden objectives that help you get to 100 percent completion. The artwork is simple but enjoyable, making this game an easy pick among our top choices in the Apple Arcade catalogue.

A farming and life sim that is similar to games such as Stardew Valley and Animal Crossing, Wylde Flowers is an incredibly engaging game with a gripping story that involves magic and witchcraft. The game puts you in the shoes of Tara Wylde, who returns to help her grandmother run the family farm on a small rural island. Apart from tending to and improving the farm, you must also focus on building relationships, maintaining your own health and well-being, and discovering your magical abilities.

Apart from the hours of gripping gameplay it provides, Wylde Flowers also stands out for its focus on inclusiveness and diversity, with characters of different races, sexual orientations, and beliefs. The game delves into issues of xenophobia and intolerance, and does so sensitively and tastefully. It's among the best-made games on the Apple Arcade platform right now, and is definitely worth playing.

What are the best games of 2021? We discuss this on Orbital, the Gadgets 360 podcast. Orbital is available on Spotify, Gaana, JioSaavn, Google Podcasts, Apple Podcasts, Amazon Music and wherever you get your podcasts.