Apple Music Voice Plan: How Does It Work?

You can play any track you want with the Apple Music Voice Plan, but you need to tell Siri to do it. 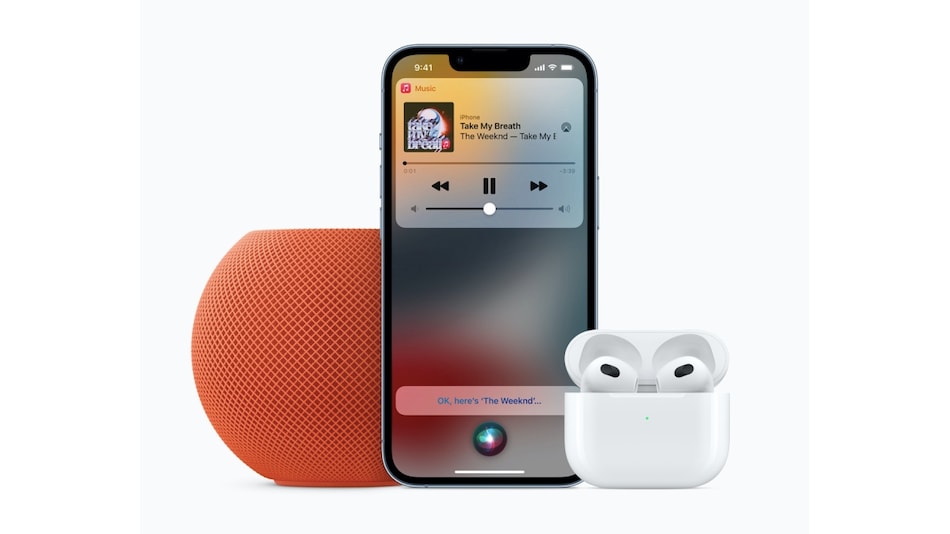 The Apple Music Voice Plan is priced at Rs. 49 per month in India

Apple Music is among the most popular audio streaming services in the world, and continues to improve over time. It isn't even just limited to Apple devices; you can use Apple Music even on Android smartphones, computers, smart speakers from Amazon or Google, and any Web browser. Furthermore, the addition of high-resolution audio streaming without an increase in prices has made this one of the most well-equipped and value-for-money audio streaming services in India, particularly if you have at least one Apple gadget to use it with.

Announced globally in October 2021, the Apple Music Voice Plan is priced at Rs. 49 per month in India. This plan offers access to individual tracks and curated playlists. You get uninterrupted streaming without ads, the ability to skip tracks, and more.

Interestingly, you can even try the service for free before subscribing; there is a seven-day free trial that you can activate with only a voice command, without the need to input payment details. You can also get a three-month free trial which will automatically begin billing you after that time, using any payment method linked to your Apple account. The most important point to note is that the only way to access most content with the Voice Plan is through voice commands to Siri on a compatible device.

The Apple Music Voice Plan works with voice commands to Siri, Apple's voice assistant for its smartphones and other devices. That said, to be able to subscribe to the Voice Plan or even use the free trial, you need to be on iOS 15.2, iPadOS 15.2, watchOS 8.3, tvOS 15.2, macOS 12.1, or software version 15.2 for the HomePod and HomePod mini smart speakers.

Naturally, you will also need a device that has the Siri voice assistant built in, and connectivity to the Internet. I tried using voice commands to fetch tracks and playlists on a number of devices, including an Apple HomePod mini, Apple iPhone 13, and a CarPlay-compatible system with the same iPhone connected. It also works on Apple Watch, AirPods earphones and headphones, Mac computers, and Apple TV streaming devices.

Apple Music Voice Plan: how does it work?

For subscribers of the Voice Plan, the Apple Music app on any device will display basic recommendations and limited listening history through the ‘Listen Now' tab. Some of these tracks and playlists are playable without voice commands, but this list is limited. This is the only part of the experience that doesn't rely on voice and searching for specific tracks isn't possible through the app.

The Apple HomePod mini is priced at Rs. 9,900 in India

The Search tab shows plenty of recommendations and suggestions, neatly categorised by genre, mood, and other criteria. However, I could only play these tracks or playlists with a voice command to Siri. The catalogue is extensive, but the experience largely depends on you telling Apple's voice assistant how to proceed.

I was able to fetch just about any track or curated playlist with a voice command. Playing a track is simple and worked well for me on the HomePod mini and iPhone 13 mini. I was able to play most tracks with simple voice commands, and Siri is well suited to the Indian accent and usage preferences. When I requested a single track, Apple Music automatically cued up a playlist of recommendations based on it to continue playing after it ended.

I was also able to ask for various playlists by genre, era, and artiste. This included somewhat complicated requests such as ‘play upbeat 1980s music' or ‘play Hindi music featuring Shah Rukh Khan', with Siri generally managing to generate a decent playlist based on the request.

With the language set to English (India), Siri is also able to take requests in some regional languages, but works best when speaking English. It's worth pointing out that Apple Music features such as track downloads, lossless audio streaming, and Spatial Audio with Dolby Atmos are not supported on the Voice Plan for now. You also cannot create custom playlists or add tracks to your library, unless you've purchased them through iTunes.

Siri and Apple Music are well-suited to work with voice commands on supported devices, which will be the key to the functioning of the Voice Plan. However, being able to use only voice commands to fetch tracks has its drawbacks. Often, I wasn't able to play specific remixes or versions of a track, or a remix or cover version was played when I wanted the original.

The longer the name of the track or artiste, the longer the command, and this often led to slip-ups by Siri, and the wrong track playing. This would easily be fixable by manually searching for a track by text, but that isn't an option here.

Apple Music is arguably the best streaming service in India right now, thanks to wide availability, access to high-resolution and Dolby Atmos tracks, and a huge library that covers a wide range of genres and artistes. If you're in India, it's even better value, with prices considerably lower than the equivalents in most global markets. If you already have Apple devices such as an iPhone or HomePod mini, an Apple Music subscription is a no-brainer.

The Voice Plan, despite its limitations for how you can access music, is a good addition to the existing options, offering users an affordable way to get started with premium music streaming. It might make sense for buyers purchasing more affordable iPhone or iPad models, but then again, the individual plan at Rs. 99 per month (or Rs. 999 per year) is not much more expensive and offers considerably more functionality.

Additionally, an Apple One or Apple Music Family Plan offers better value for money, particularly in India. If you qualify for the Student Plan, which is also priced at Rs. 49 per month, you'll get all the same features as the more expensive Individual Plan.

That said, the Apple Music Voice Plan could be particularly useful if you have a HomePod mini or AirPods earphones, which are built to work seamlessly with the Siri voice assistant. It might be worth starting off with, before eventually transitioning to the Rs. 99 per month Individual Plan or the Rs. 149 per month Family Plan. It could even be used in the long term if you tend to do most of your listening on a smart speaker such as the HomePod mini.