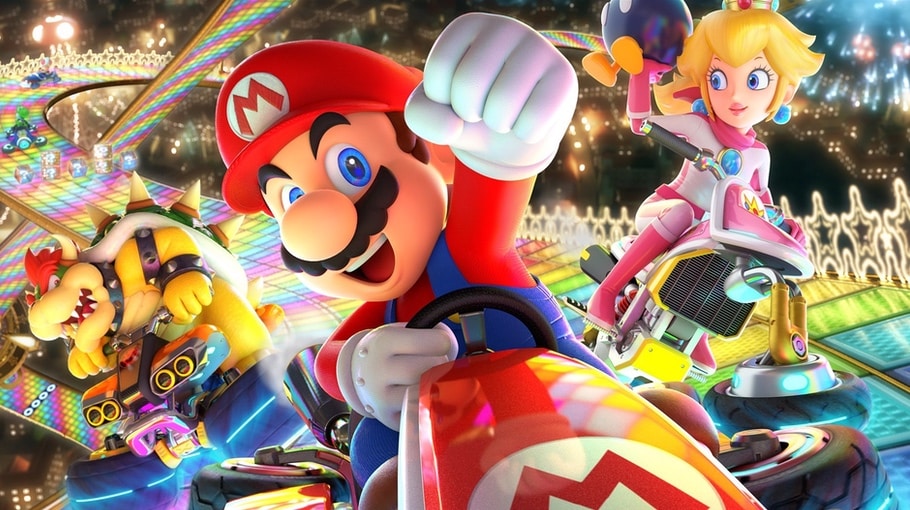 Nintendo Switch has lots of plenty of great games across genres

Our top picks include lots of Nintendo first-party games

For fans of indie games, the top 10 list has quite a few picks

The Nintendo Switch is a great console. It combines handheld and docked modes to allow you to play whether you're travelling or sitting at home on your couch. In just over a year since its release, the Switch already can boast of several games that are on par with or better than the best games on PS4 or on Xbox One. We picked the best Nintendo Switch games and limited the list to 10 because the platform is relatively new and doesn't have enough great games to make a top 15 list unlike the PS4 and Xbox One.

We shortlisted these games based on our own reviews, games we loved, and review aggregator Metacritic's list of top Switch games. In this list we decided to include ports that are best played on the Switch because the console is unique and it allowed several developers to reimagine their game for a handheld device. That's how we made this list of 10 best Nintendo Switch games, listed in no particular order.

15 Games Every PS4 Owner Should Have

The Legend of Zelda: Breath of the Wild

The Legend of Zelda: Breath of the Wild is one of the best open-world role-playing games ever made. This game has proved itself to be the perfect launch title for the Nintendo Switch, as we saw the game briefly outselling the console itself. Breath of the Wild has a fascinating story, amazing level design, and top-notch art and music. We don't like the weapon durability mechanic where your weapons break after you use them for some time. However, the game overall is among the best ever made and its world is so open that you can go straight to the final boss and try to defeat it armed with a lousy stick, wearing nothing but underpants.

Buy: The Legend of Zelda: Breath of the Wild

Mario is probably Nintendo's most popular character and Super Mario Odyssey is the best Mario game on the Nintendo Switch. It's a 3D platform game featuring ingenious level design that encourages you to stray off the beaten path and rewards you for it. Think you can take a shortcut to clear the level in a record time? You'll almost always find a bunch of coins or other rewards waiting for you. This game rewards those who play the normal way and those who make an effort to discover alternative routes.

Mario Kart 8 Deluxe may be a remake of the Wii U game, but it still is one of the best games on the Nintendo Switch. Mario Kart is a racing game franchise but it is unlike anything else out there. You won't find circuits that look as gorgeous in any other racing game. This game is also very accessible thanks to steering assists and a system where those at the back end of the pack get better power-ups during races. This makes Mario Kart 8 Deluxe one of the best local co-op games on any platform. It's ridiculously welcoming towards new players, while experienced players will find it hard to master.

This is one of the rare Mario games not developed by Nintendo. Mario + Rabbids: Kingdom Battle has been developed by Ubisoft and it's just as good as any Nintendo first-party title. This is a turn-based strategy game where you help Mario and friends rescue Mushroom Kingdom from evil forces. This game seems easy in the beginning, but the difficulty ramps up pretty quickly and you'll find yourself engrossed in no time.

15 Great Xbox One Games You Need to Buy

Bayonetta 2 might be just a 10-hour campaign but it's filled to the brim with epic moments. The game has you up against the forces of heaven who aren't as angelic as you'd like to believe. Nonetheless, you're up against them as a witch wielding pistols (on her heels, don't ask), swords, and the ability to summon demons from her hair (to make a meal of the aforementioned angels). It's completely wacky, off the hook and good enough a reason to buy a Nintendo Switch to play it by any means necessary. More so when you consider that it was previously exclusive to the Nintendo Wii U which wasn't as easily available as the Switch. Plus, it comes with the first game too, which means you won't be missing any of the series' over the top storytelling.

Many indie developers have ported their games over to the Nintendo Switch and few have done it as well as Image & Form's port of Steamworld Heist. It's a turn-based strategy game that's best played with the Nintendo Switch in handheld mode. The same studio also released Steamworld Dig 2 on the Switch, which is a platform game in the Metroidvania style. Both games have a steampunk setting and feature great writing, which earns them a place in our list of best Nintendo Switch games.

Stardew Valley is a farming simulation game that's present on many platforms, but its Nintendo Switch version is easily the best. This game primarily involves farming, but it also allows you to interact with non-playing characters and develop relationships with them, which impacts gameplay. You can also explore caves to mine for resources or to battle monsters, apart from fishing, cooking, and completing various side quests. It sounds simplistic but Stardew Valley is incredibly polished and addictive.

Xenoblade Chronicles 2 is an action role-playing game developed in Japan. The game is set on a world called Alrest with no stable land surface and only an endless sea. Humans have been exiled to the surface of this world, from a place called Elysium. You play the game as Rex, a lowly scavenger who's destined for glory. Xenoblade Chronicles 2 has an amazing story that can keep you hooked for well over 100 hours. Each blade in this game has its own story and finding blades is, weirdly, a random event. Even after playing the game for 200 hours, you could still be discovering new elements of the story, making Xenoblade Chronicles 2 a worthy pick as one of the best Nintendo Switch games.

Yet another entry in this hallowed strategy role-playing game series, this time on the Nintendo Switch. Featuring staples like exploding penguins and turn-based battles in a parallel dimension known as the Netherworld, complete with a darkly humorous script, it's one of the best entries in the franchise made even better with the Switch's portability.

Splatoon 2 is an incredibly fun game that can be described as online paintball. It's a team-based third-person shooter where the primary game mode puts you in a team of four and puts you in charge of painting the floor. The team with the higher percentage of the floor painted in their colour wins. You can have a lot of fun even if you don't want to shoot your rivals. Splatoon 2 has a single-player mode, lots of varied online game modes, with several weapon combos to keep you hooked. However, its weak net code and atrocious matchmaking can lead to a frustrating experience at times.

Hollow Knight has a lot of bugs. In a good way. Inspired by classics like Super Metroid, Castlevania, and Demon's Souls, Hollow Knight merges moody exploration and intuitive combat with an insect-filled setting that feels right at home on the Nintendo Switch particularly when used with the Nintendo Switch Pro Controller. Despite its obvious inspirations and a slow start, it's a polished, refined experience that grows on you as you keep playing.

Which is your favourite Nintendo Switch game? Let us know via the comments.