Nintendo Switch Turns One - Should You Buy It Now? 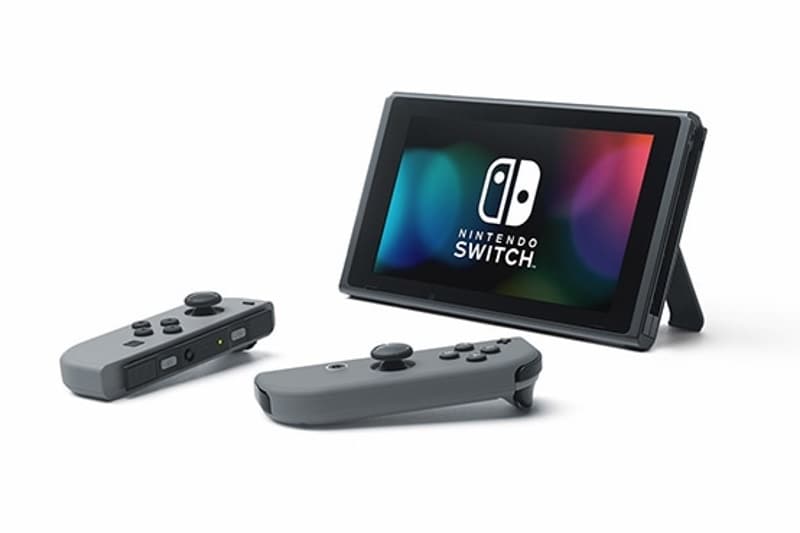 The Nintendo Switch is Nintendo's latest home console and the first one that's truly portable. It launched on March 3, 2017, so it's been available for a year now. While it's not available officially in many countries including India, that has not stopped a steady supply of Nintendo Switches reaching eager consumers via parallel channels, despite the lack of any official warranty. Now that the first line of bugs and issues have been taken care of, and with the promise of an online service and more peripherals on the way, should you buy the Nintendo Switch today, or should you still wait? Here is what we learned from using the Switch for a year.

Nintendo Switch console, dock, and Joy-Con
In our experience, the hardware has held up well with close to zero visible wear and tear. No surprise given Nintendo's expertise in that department. A year later, the Nintendo Switch is still sturdy to hold, and feels just as well built. There have been reports of it bending through the year, we haven't had any such issues. A scratch guard is a must and has served us well, preventing any scratches on the screen when using it with the Switch Dock, while some of our colleagues have experienced some minor abrasions when using it without a scratch guard. Battery life on the Nintendo Switch in handheld mode has also held up well a year in, we get around three hours in demanding titles like Xenoblade Chronicles 2 and close to five in less intensive fare like Golf Story.

The Joy-Con — the Nintendo Switch's detachable controllers on either side of the screen — while decent to use, are no longer our primary input method of choice unless we absolutely have to. Sure, they feel solid like the rest of the system, but the the button layout feels cramped when used on the Nintendo Switch or during local, split screen play with each Joy-Con serving as an independent controller. You can use two Joy-Cons in tandem with the included Joy-Con grip but it does little to alleviate its shortcomings. It simply isn't comfortable enough for long-term use.

Speaking of the Nintendo Switch Dock, it's one part of the console that we hope sees a revision. In terms of pure function — acting as a cradle and charging station for the Switch while displaying your games on a TV or monitor — it does the job, but it's a colossal dust magnet and has a tendency to leave scratches on the Switch's screen.

Also worth noting is that the included HDMI cable for the Nintendo Switch doesn't play well with PCs or other consoles like the PS4 Pro and Xbox One X. For one it doesn't support 4K or HDR, which is expected considering the Switch doesn't either, but using it with these non-Nintendo devices also results in parts of the image being cut off, making you wonder if your TV or console screen settings are amiss.

Nintendo Switch Games and Accessories Guide: What to Get With This Year's Hot Toy

Nintendo Switch UI, settings, and features
Unlike Microsoft's radical updates to the Xbox One, Nintendo's efforts have been unobtrusive at best. We've seen the addition of channels — dedicated sections for you to check out what's new with games or certain topics — support for USB headsets and controllers like the GameCube controller via adapter, and of course, the ability to pre-order games and capture 30 seconds of gameplay.

None of these mess around with the core user experience, it's pretty much as simple as it was to use from day one with features added to augment the experience. It doesn't feel laggy or bloat-heavy even a year in without a factory reset, making it consistently pleasant to use unlike the Nintendo Wii U which was a stuttering mess through and through. Sharing screenshots and video via Twitter and Facebook is as accessible as it was when we got the console.

While the Nintendo Switch UI has been smooth and changes to its settings and feature set have been incremental, one sticking point of concern continues to be the lack of a pause button while downloading games. Sony patched it in to the PS4 back in 2013 when it first hit stores, but a year since the Nintendo Switch's launch and you still can't pause downloads. This makes huge updates or game downloads a pain if you don't have a stable Internet connection.

One way we've been able to download our games faster is by taking advantage of the console's sleep mode. It works as it does in smartphones and tablets, and we've been able to get our games just a bit faster. Downloads that usually have been marked for completion in five minutes take three instead, so it does make a small difference. Another method to get your games updated conveniently is to use the Nintendo Switch's Match Version with Local Users feature. It allows you to have your Switch's game data up to date locally if your friend has the latest version of a game. Through this method we were able to transfer 28GB worth of updates in around an hour. If you know a Switch owner with a fast Internet connection, this could be worth considering.

And yes, online play is still a mess. Sure, there's no Overwatch for the Nintendo Switch (yet) but if Nintendo's efforts on Splatoon 2 are any indication, it seems that it is better served for local multiplayer. Could this change with the advent of the Nintendo Switch Online Service? That remains to be seen. As of now though, if you're the sort who prefers online multiplayer, the Nintendo Switch shouldn't be your console of choice.

Nintendo Switch games - one year later The Legend of Zelda: Breath of the Wild, Super Mario Odyssey, ARMS, Bayonetta 1+2 Collection, Golf Story, Xenoblade Chronicles 2, and Mario Kart 8 Deluxe are just a fraction of the games available for the Switch in its first year. In terms of pure quality, Sony comes close with its output in 2017 — but it took the company four years of the PS4, and the advent of the PS4 Pro to get there. The likes of Super Mario Odyssey and Xenoblade Chronicles 2 are seeing support from Nintendo months after release with new content, while Bethesda is bringing updated frame rate and visuals to the likes of Doom - these are indicative of the console's popularity and the need to keep its current rabid userbase happy.

Throw in a strong 2018 line-up that sees Kirby Star Allies, a new Yoshi game, and The World Ends With You - Final Remix to name a few, along with a rumoured new Pokemon game and Metroid Prime 4 out in 2018, and there's a lot to look forward to. That's not even counting the indie releases for the Switch such as Hollow Knight, Dead Cells, and perhaps even India-developed games such as Raji: An Ancient Epic.

Nintendo Switch - what's missing
On paper, the Nintendo Switch might seem like a perfect purchase. And that isn't entirely wrong. However it is missing some features that some might deem essential. In no particular order, some of these are:

How to Buy Nintendo Switch Games in India

So should you buy the Nintendo Switch?
Well it first depends on whether you can find one where you are. For most part of the year, Nintendo's core markets — Japan and the US - suffered from stock shortages. No surprise since the company had to compete with Apple for flash memory. Places like the UK and Middle East have seen shortfalls through the year with the latter in particular only receiving stock that's 40 percent of its total demand sources tell Gadgets 360.

Though these issues have't plagued availability in India as supply has been consistent through the year, with parallel imports on Amazon India and Ebay as well as markets like Gaffar Market and Palika Bazaar in Delhi, and Manish Market in Mumbai, to name a few. The Nintendo Switch India price is around Rs. 28,000 to Rs. 32,000 depending where you buy it.

To us, the line-up of games, despite the hoops you may have to go through to get them, makes it worth dealing with concerns like the lack of warranty (thanks to Nintendo ignoring India) and absence of features such as backing up digital games to external storage that we take for granted on other consoles and the PC.

That being said, we can't suggest the Nintendo Switch to everyone for the same reasons. Unless you're perfectly fine with not having any form of warranty and support, and are comfortable enough to get games digitally or through your local game store to get them at slightly inflated prices, you're better off considering a PS4 or Xbox One.

We discuss the Nintendo Switch's first year in-depth and the possibility of a Nintendo Switch Pro on Transition- Gadgets 360's gaming podcast. You can listen to it via Apple Podcasts or RSS or just listen to this episode by hitting the play button below.