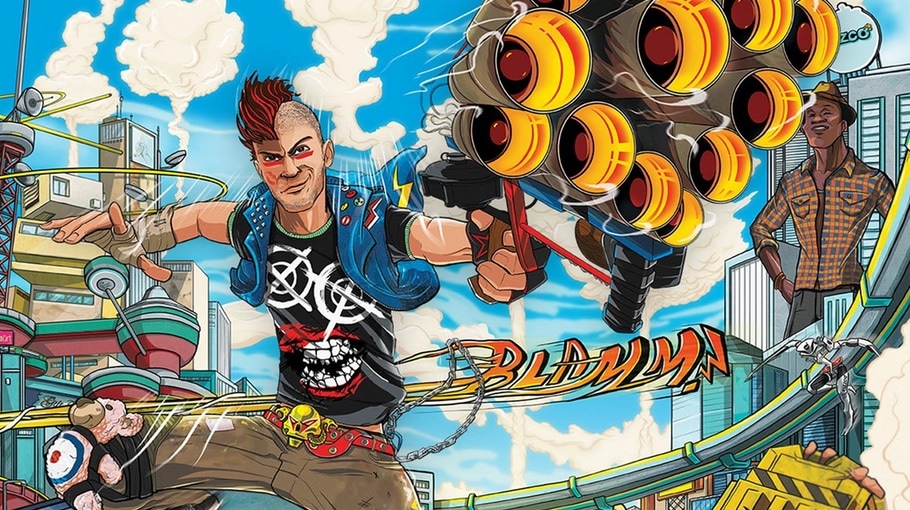 Xbox One has some great racing games

There’s no shortage of top-notch multiplatform titles either

It’s a fantastic console if you’re into platformers

While Sony is the obvious leader when it comes to single-player first-party games that are driven by a strong story, Microsoft has a strong lineup in several other genres. The Xbox One is a fantastic console for racing games, shooters, and for certain online games. We looked at the Xbox games we've reviewed on the platform, review aggregation sites such as Metacritic and Opencritic, and factored in Xbox games loved by people we know to come up with a list of 15 games that every Xbox One owner must play. Here's that list of best Xbox One Games in no particular order.

The Best PS4 Games You Can Play Right Now

One franchise alone makes the Xbox One much stronger than the PS4 when it comes to racing games. No prizes for guessing, it is the Forza series. Forza Horizon 3 is easily the best arcade racing game of this generation and no game comes close, barring Forza Horizon 2. We even loved its Hot Wheels expansion and can safely say that Forza Horizon 3 is a game every Xbox One owner must have.

If you want a simulation racing game, where the emphasis is on recreating a realistic driving experience, you should get Forza Motorsport 6. It's an old game at this point, but unfortunately Forza Motorsport 7 doesn't live up to the same standards thanks to unnecessary micro-transactions and other issues we've mentioned in our review.

Some games are fantastic no matter which platform you play them on and GTA V is one of them. This game is an open-world masterpiece that you can enjoy for its awesome single-player campaign or a full-fledged online mode to play after you're done with the story. Few games achieve as much critical acclaim as GTA V has and even fewer of them are as successful as this one. If you have an Xbox One, this game has to be in your library.

As far as platformers go, Cuphead is as close to the best as you get on Xbox One. The game features retro cartoonish visuals but it's fiendishly difficult to beat. Cuphead's story isn't that great but each level is ridiculously hard and the game forces you to ramp up your skills to progress. This game is essentially a series of boss fights and the level design deserves special praise too, making it one of the best Xbox One games you can get right now.

Cuphead is among the best Xbox One games

Another multiplatform hit of this generation, Overwatch is one of the best games on Xbox One too. It's a multiplayer first-person shooter featuring a diverse set of characters, each of which add something unique and fun to gameplay. Overwatch has been around for two years and the new characters, maps, apart from several tweaks to balance existing characters have only improved a game that was excellent to begin with.

The Witcher 3: The Wild Hunt

Geralt of Rivia returns to complete his epic monster hunting adventure in The Witcher 3: The Wild Hunt. This game has enough single-player content to keep you occupied for well over 200 hours. You don't have to play for that long to complete the main story, but in The Witcher 3, side quests are just as intriguing. As with every great role-playing game, seemingly innocuous decisions you make during the course of the game can have a major impact in how the story pans out.

Buy: The Witcher 3: The Wild Hunt

The final act in the long-running Metal Gear franchise — Metal Gear Solid V: The Phantom Pain — is one fraught with imperfect storytelling but that does little to impact its gameplay which is still one of the best you can play on the Xbox One. Varied missions, stellar level design, and a veritable arsenal at your disposal make Hideo Kojima's Konami swansong one worth experiencing regardless if your way to play stealth games involves causing ginormous explosions or quietly disposing of your foes with all the cacophony of a feather landing on a pillow.

Halo 5's slick moment to moment gunplay and frantic multiplayer alone make it worth the cost of admission. With grand set-pieces punctuating its single-player campaign and Warzone which merges Dota 2-inspired gameplay elements there's enough here to warrant checking it out, even if its cliff-hanger ending is as divisive as it gets.

Halo is one of Microsoft's most valuable IPs and Halo 5: Guardians is among the best Xbox One games

The original Gears of War set the benchmark for visuals when it released back in 2006. Gears of War 4 pushes the Xbox One to its limits. Regardless which version of the console you're playing on, it looks superlative rendering hellish electrical storms and grotesque enemies with aplomb. Coupled with well worn gameplay elements such as running into cover or Active Reload that rewards well-timed weapon reloads and you have an enjoyable exclusive that shows off the Xbox One at its best.

From the studio behind PS4-exclusives Spider-Man and Ratchet and Clank is humorous open-world shooter Sunset Overdrive. Aside from a hilarious script, it features a colourful aesthetic that's yet to be replicated, over the top weaponry including exploding teddy bears and vinyl discs, as well as superlative soundtrack for fans of punk. Throw in its rockbottom price, frequently available for under Rs. 1,000 make it a great addition to the library of any Xbox One owner.

Minecraft isn't your usual game where there's a definite beginning and an end. It has a story mode, among many other fun game modes, but Minecraft is all about crafting. You can build pretty much everything you can imagine in this game and therein lies its appeal. Minecraft is the perfect game for you if you have the patience to sit back, relax, and unleash your inner creative genius. This is a multiplatform title, and one of the most successful games of all time — both critically and commercially — which makes it a worthy pick in our list of the best Xbox One games you can play right now.

Ori and the Blind Forest

The second 2D platformer on this list, Ori and the Blind Forest is very different from Cuphead. This game features a touching story involving white guardian spirit Ori and the eyes of the spirit tree called Sein. It features beautiful artwork and some really clever level design. Ori and the Blind Forest rewards exploration, which is a really nice touch. We also loved its soundtrack and the fact that its story stayed with us long after we finished the game.

Buy: Ori and the Blind Forest

State of Decay 2 is perhaps the best survival game on Xbox One. In this game you lead a ragtag band of survivors across zombie-infested towns. If you're into base building and will enjoy a game where you fight hordes of zombies, State of Decay 2 is right up your alley. The game features some great combat thanks to a variety of classes of zombies and tests you skill with a neat stamina mechanic that depletes when you use melee weapons.

The Xbox One is a great console for those who love platformers, with Playdead's Inside being the third game from that genre to feature in this list. Inside is the spiritual successor to the multiple award winning game Limbo. It's a 2.5D puzzle platformer that will challenge you thanks to extremely well-designed puzzles. This game, just like Limbo, has a powerful story which is largely open to interpretation. If you're into games that can be classified as art, Inside is as good as it gets.

Hellblade: Senua's Sacrifice is not the kind of game you'd expect from the makers of DmC: Devil May Cry. It's an action adventure game with a dark fantasy setting. The protagonist, Senua, is on a quest to rescue her soul which is also a metaphor for her struggle with psychosis. Hellblade: Senua's Sacrifice features some superb puzzles and uses voice acting as a vital tool to convey the struggles of the protagonist. The game features some epic hack-and-slash combat and its powerful story make it one of the best games on Xbox One.

Life Is Strange is the perfect example of a game with essentially one gameplay mechanic implemented to perfection. In this game you play as a teenager called Maxine Caulfield and your special power is the ability to rewind time. You can use that ability to spectacular effect throughout the game and change the way the story shapes up. The story is one of Life Is Strange's biggest strengths and if you enjoy its story, you can play the prequel — Life Is Strange: Before the Storm, which is just as good.

Which are you favourite Xbox One games? Let us know via the comments.