Life is Strange: Before the Storm Review 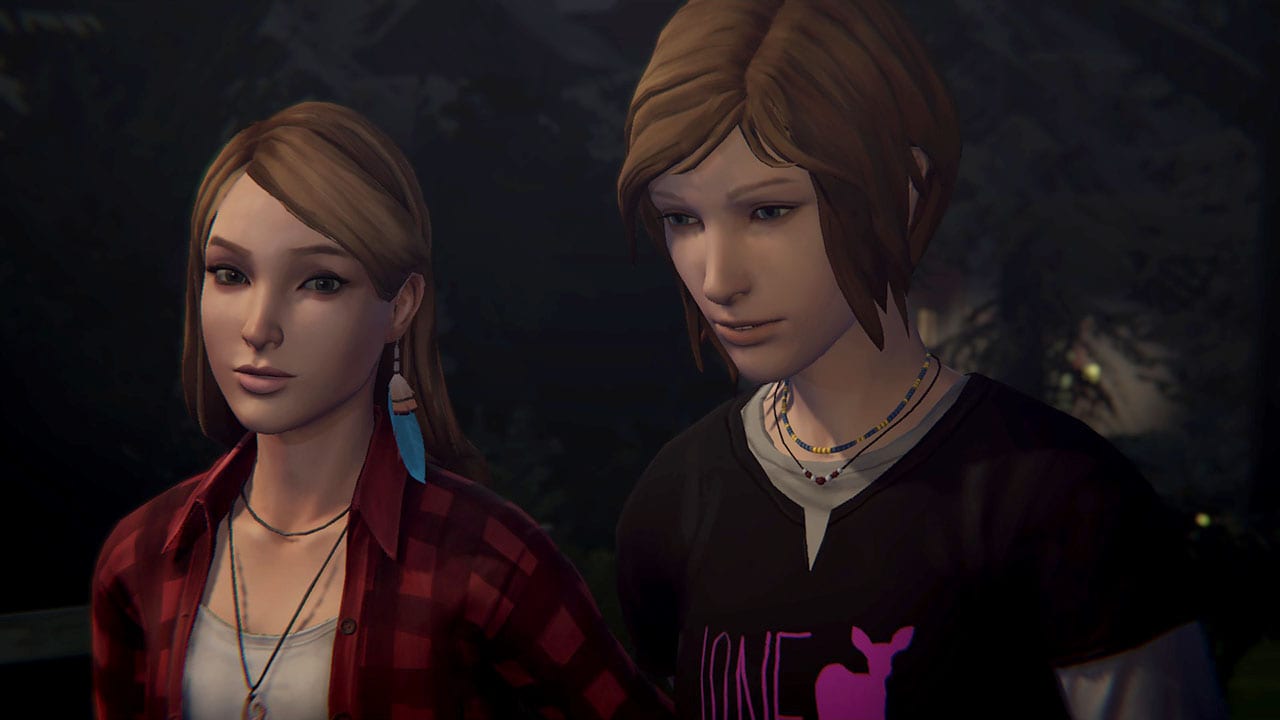 “What would Chloe do?” was a question I asked myself repeatedly during the three episodes of Life is Strange: Before the Storm, the prequel story set three years prior to 2015's Life is Strange. Before the Storm puts you in the role of the previous game's protagonist's (Max's) best friend, back when she was still a sophomore. While playing as Max felt more natural – she was generally more agreeable and hence easier to relate to – Chloe is unlike her in most ways, and her rebellious streak is crucial to not just everything she does, but everything she says too.

Of course, it's nigh impossible to not let personal biases, prejudices, and experiences influence your choices in dialogue trees. This is an interactive story, after all, one where you get to decide how you want Chloe to behave and how those decisions shape her life.

While most choices are clear cut – a report card at the end of each episode shows what percentage of the community chose what route – the biggest decisions continue to be polarising in Before the Storm, just as they were with Max in Life is Strange, where sacrificing Chloe to save Arcadia Bay or sacrificing Arcadia Bay to save Chloe was split down the middle.

The consequences aren't as heavy and world-altering as they were in the original. Max's time-travelling abilities allowed her to reverse events and bring back people from the dead. But now your decisions carry more impact at times, owing to their permanence.

You can still reload from the last checkpoint to try out different scenarios in the short term, but time – and the story – are linear in the long run. Chloe's “abilities”, if you can even call them that, are simply a by-product of her personality: the Backtalk feature, appearing in dialogue trees now and then, lets you twist people's words to aggravate and annoy them, in a bid to get them to do what you want. It's used sparingly throughout Before the Storm, but it develops nicely across the three episodes, giving you more or less room depending on who you're conversing with.

But the real beauty of the prequel story – penned by American developer Deck Nine, taking over from Paris-based Dontnod, which caused reservations among the fandom before the game's release at the end of August – is in its writing, be it the emotional depth it affords all its characters (even the supporting cast), the rushed yet touching portrayal of queer teenage romance, as two girls open up about their feelings, or the way it talks about grief over losing a loved one, and exploring how it embeds itself in nearly everything you face.

There were genuine concerns that exploring the origins of Chloe's reverence of Rachel – who became her best friend in the intervening years Max had moved away to Seattle – could easily backfire, given she was this haloed and mesmerising figure players kept hearing about in Life is Strange. Thankfully, Before the Storm crafts a nuanced, multi-layered depiction of Rachel, one that pulls you in the minute you meet her in the first episode, and progresses in ways that help convince you of the connection between her and Chloe.

And given that you've prior knowledge of the tragedy that befell her – the third and final episode of Before the Storm closes with a shot that is bound to evoke heart-breaking memories for anyone who played the original game in full – it makes the moments you spend with the duo all the more important and emotionally-packed, knowing that fate is coming soon for Rachel.

The walk under the street-lights after the play in episode two is a highlight, and it is extended conversations like those, where the characters wallow and inhabit one environment, that enrich Before the Storm. It's also great to see a game having two powerful female protagonists at its centre, praise which underscores the sad state of video game affairs in 2017.

Note: spoilers ahead for Life is Strange: Before the Storm

Equally important, and more affecting, is the honest dialogue and comments on dealing with grief. The death of Chloe's father is inescapable for the high school dropout, following her like a shadow no matter what she tackles, and the dreamscape sequences in Before the Storm – most of which end in wailing and severe anguish for the protagonist – form the bedrock for understanding her slow descent into caring less and less about the world around her.

She does ultimately start to find peace towards the end of the third episode, accepting that he wasn't perfect because nobody is, but that doesn't change the fact he's still her dad (even though he only exists in her mind). That connects into the story arc of Rachel finding the truth about her parents, who have lied to her to keep her away from any negative influences.

Lying to your loved ones to protect them is another theme for Before the Storm, which ties it into the big final decision you've to make as Chloe: will you give Rachel the truth and risk breaking up her family, or shield her from the harshness and bitter nature of truth, in turn keeping her from what she wants? The fact that the player-base has been split evenly on answering that dilemma shows the uniqueness of an interactive game opposed to a TV show, where fans get to see the what-ifs played out, instead of just discussing them in theory.

All this is improved by the game's defining soundtrack, composed by the British indie folk rock outfit Daughter. In our review of the opening episode, we spoke of how the electric guitar and drums reflected Chloe's aggressive streak, but it's also the lyrics that communicate and deepen the tortured nature of the teenager – Burn It Down is a distillation of her feelings – while helping immerse you in the hella-cool fictional world of Arcadia Bay, based in the US state of Oregon.

And between all this misery and heart-break, Before the Storm also manages to squeeze in some much-needed comedy, with Chloe being dragged into a high school performance of Shakespeare's The Tempest, having helped Rachel win back her leading role from Victoria: Prospera, the original play's male lead as a female one. The look on Chloe's face as she realises the horror of having to perform on stage is a delight, and one of the funniest moments the franchise has provided.

Taken all together, the three-episode story of Before the Storm is a meaningful, well-written addition to the Life is Strange canon, that tackles grief, love, and loneliness in noteworthy ways, sheds light on how Chloe became the 19-year-old broken soul, maintains the enigma of Rachel while giving a peek, and even ensures all its side characters are properly serviced. It doesn't have the scale of the original, but it's all the better for it.

Life is Strange: Before the Storm is proof that good prequels don't just extend the atmosphere of what fans loved about its predecessor, but complement one another.

Life Is Strange: Before the Storm