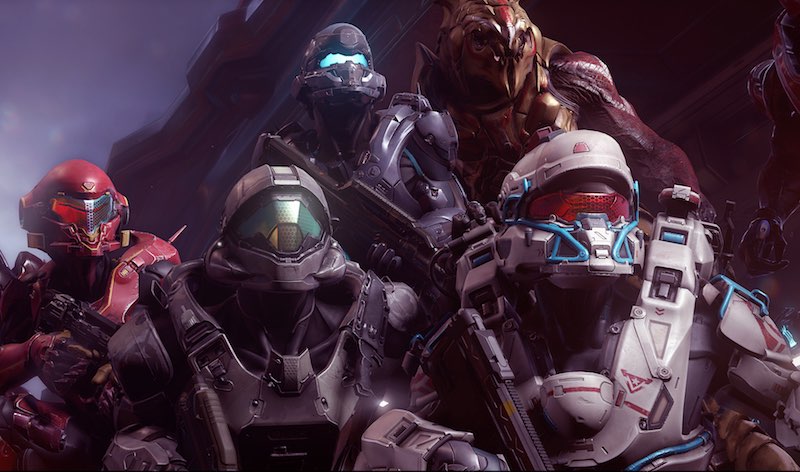 No game is as synonymous with the Xbox brand like Halo. If Gears of War led to a wave of third-person cover shooters, then Halo: Combat Evolved showed everyone how a first person shooter (FPS) can work on consoles, and Halo was the reason you absolutely had to buy an Xbox back in 2001.

Fast forward to 2015 and Microsoft's third console, the Xbox One, has gotten its first original Halo game - Halo 5: Guardians. The Xbox One has had its fair share of solid exclusive games such as Sunset Overdrive and Forza Horizon 2, but it hasn't had that one must-have title that will convinced everyone to give Microsoft's newest black box a try. Many people have been looking towards Halo 5 to see if this game is the system seller that Microsoft wants for the Xbox One.

(Also see: As Microsoft's Xbox One Turns 1 in India, Is It a Good Time to Buy?)

If quality is any indication, Halo 5 is going to do for the Xbox One what Halo: Combat Evolved did for the first Xbox - make people buy Microsoft's latest console.

On firing up Halo 5's campaign, you're treated to a set of cinematic videos that do a fine job of selling you on the game world. They don't exist simply to set the story up or take it forward, rather they go deeper. 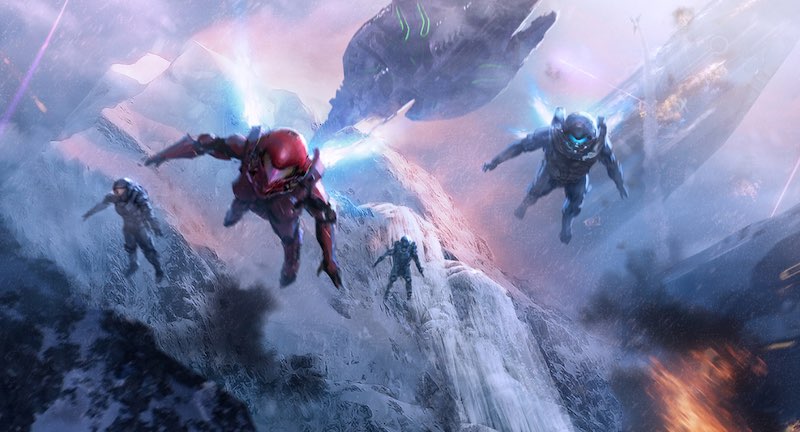 As the game progresses, you'll get small clues into the backgrounds of its many characters, and learn a decent amount about the lore of the Halo universe. With most new games leaning towards player interaction over cut-scenes, it's great to see developer 343 Industries use them in such a compelling fashion instead.

The plot has you in the role of Jameson Locke, an augmented super soldier or 'Spartan' as they're referred to in the Halo lore. During the course of the game, you'll also play as series hero and fellow Spartan, the Master Chief. Without spoiling too much, we can tell you that the narrative is solid and features both new and returning characters. It's competent, gripping fiction that has you engaged till the very end.

Newcomers will find that there's just enough explained to make the story accessible, though a quick read or a video of the events of Halo 4 would not go amiss either. Long-time fans will find it a treat to play through the story, and would welcome some of the finer details that 343 Industries have slipped in to the game.

(Also see: Ten Games We are Looking Forward to the Most in 2015)

This attention to detail extends to the gameplay. You'll notice that movement is a tad faster than earlier games in the series. Welcome changes include an improved jump to let you go reach further than before, and a move called the Spartan Charge, which allows you to sprint and knock down opponents. 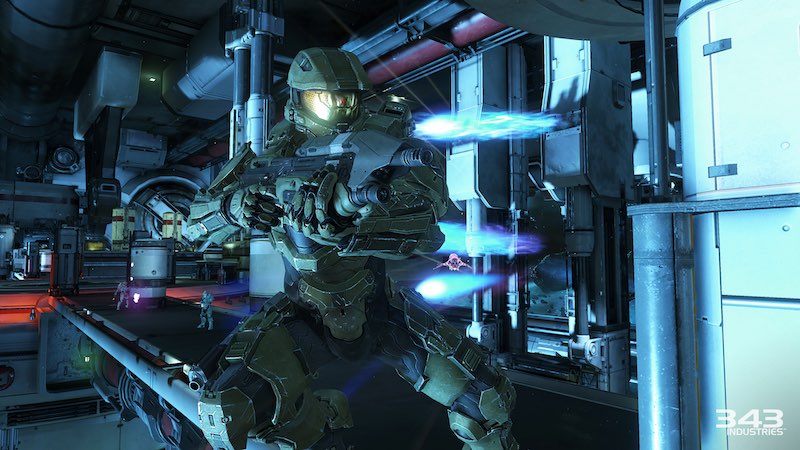 Weapons have always been the high point of the Halo franchise, and Halo 5 doesn't disappoint on this front either. From classics like the Assault Rifle, to alien heavy weaponry like the Splinter Turret, there's a wide range to choose from. Each of them feels unique, with different firing rates, reload times, and a real sense of weight, making them worth trying at least once.

You'll also be able to aim down the sights or zoom in with any weapon, like you can in most shooters. Halo purists may scoff at this addition, but it works well. At the same time, the traditional Halo option of firing from the hip (without zooming in) is just as effective.

(Also see: Halo 5, Uncharted, and Other Games Releasing This October)

The sheer variety of the arsenal on offer combined with improved traversal makes for incredible moment to moment gameplay. It goes a long way in making you feel empowered even against seemingly insurmountable odds as you possess speed and the firepower to deal with them.

Furthermore, Halo 5 has a campaign that brings an unrivalled sense of scale. Sure, older entries like Halo 3 and Halo Reach had their moments - the former had you squaring off against gigantic siege weapons like Scarab Tanks, while the latter brought space dogfights - but they pale in comparison to some of Halo 5's missions. You'll employ giant robots, alien aircraft, and tanks, to get past some of the game's grander sections. The campaign rarely skips a beat all the way to the very end, making it one of the more memorable experiences we've had in recent times. 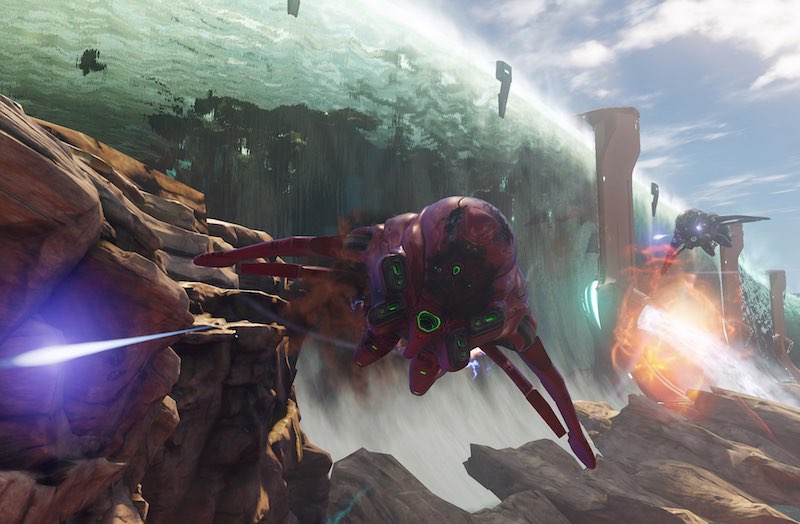 That's not to say that the game is without failings. During the campaign, you'll be a part of either Fireteam Osiris or Blue Team. These are squads of four Spartans each, led by Locke and Master Chief respectively. What this means is that you and three other friends can play its campaign together in co-op, much like other games in the series. However this time around there's no offline co-op mode, which is disappointing because split-screen has been a series staple.

In order to play Halo 5 with your friends you're restricted to playing it online. It's a let-down, considering that the immediacy of split screen co-operative modes allowed for a more vibrant experience versus purely online co-op sessions.

On the topic of online modes, the multiplayer in Halo 5 has some interesting additions to the tried and tested formula. Along with staples like Team Slayer and Capture the Flag (collectively clubbed as Arena Mode) is Warzone. It borrows from the multiplayer online battle arena (MOBA) genre by pitting teams of 12 against each other and AI-controlled enemies on a large, sprawling map. The first team to 1,000 points wins. Points are earned by defeating opposing players and enemy controlled AI, and completing objectives like capturing key locations on the map.

Another addition is the new Requisition system or 'Req' as the game calls it. As you run and gun your way through multiplayer, you'll earn points that you can spend to purchase Req cards. These cards give you weapons, armour, and ability improvements, among other things. To ensure that core competitive multiplayer remains balanced, only cards that have cosmetic effects can be used in Arena mode, while all of them can be used in Warzone. 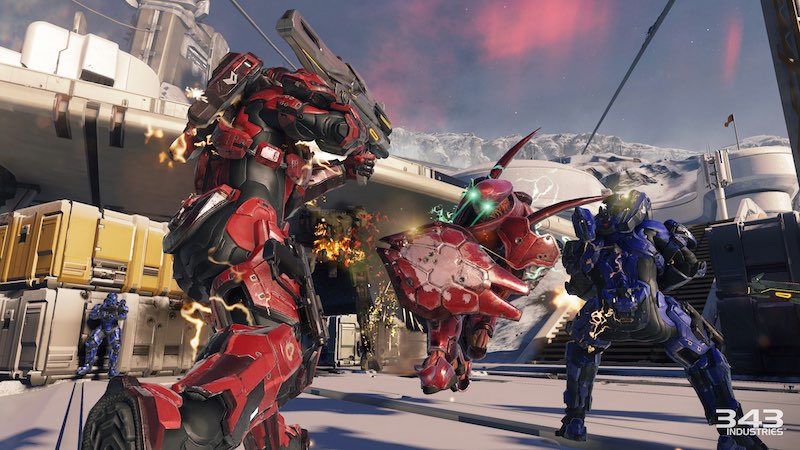 Although online sessions prior to launch were limited, we did get to spend time in multiplayer, and feel that Warzone combined with the Req system has the potential for many to keep people playing Halo 5 long after launch.

In both Arena and Warzone modes, matchmaking and gameplay were smooth and trouble-free. Given how poor online multiplayer still is in Halo: The Master Chief Collection, how Halo 5 shapes up in weeks to come will be a point of interest. The price is also a concern but in the past Amazon, Flipkart, and Snapdeal have discounted new games ever so frequently and you can expect the same to happen with Halo 5.

As it stands, Halo 5 is near perfect. With slick gameplay, a fantastic campaign, and seemingly ambitious multiplayer, it gets little wrong. If you own an Xbox One or plan to buy it, this is why you're doing so.

We played a review copy of Halo 5: Guardians on the Xbox One. The game will be available on October 27 and retails for Rs. 4,699.