How to Choose a Laptop for Online Learning on a Budget

You can find some pretty decent budget laptop options in the Indian market, if you set your expectations right
By Roydon Cerejo | Updated: 24 August 2021 19:06 IST 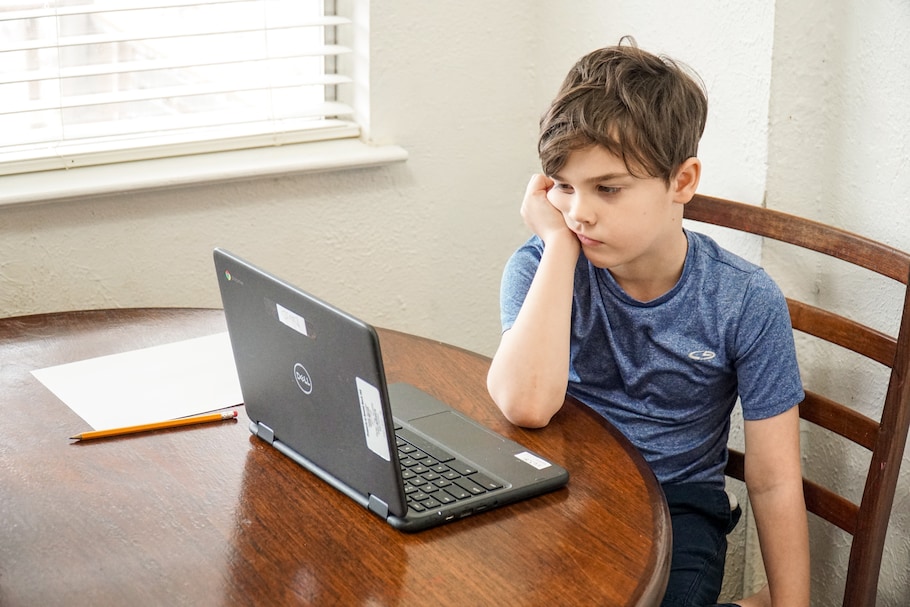 You can find laptops starting from as little as Rs. 20,000 in India

Dell, HP, Acer, etc offer decent solutions without having to spend a lot

Looking for the best budget laptop for online classes? Well you've come to the right place. We've already explored the various types of budget desktops that are available in the Indian market and now it's time to look at laptops. While everyone wants a slim and powerful laptop, spending a lot of money might not always be the right answer, especially if attending online classes and basic productivity apps are all you'll be using the computer for.

There are plenty of inexpensive options in the market, and in this guide, we'll run through some of the popular series and models you should keep an eye on from well-known brands. Just like our desktop guide, we're focusing mainly on the established brands for one simple reason — better after-sales support.

Laptops might not be as flexible as desktops when it comes to upgrading components but unlike a desktop, they are highly portable so you can take your work with you wherever you go. If you need a laptop for just attending classes or writing assignments and are not dependent on any app for your work or studies, you should also consider Chromebooks. These are laptops that run Google's operating system called Chrome OS, which is lighter and easier to run on low-end hardware compared to Windows. You have access to the entire Google suite of apps and you can also download Android apps from the Google Play Store.

Matching your expectations with your budget

Before you head out, it's important to identify your budget and accordingly, set your expectations. You can get a Windows 10 laptop starting at around Rs. 20,000 but finding one from a big-name brand is tough. Hyderabad-based startup RDP has its ThinBook 1010 and so does local brand Avita with its Essential series. Most laptops around this price come with an Intel Celeron or Pentium CPU, 4GB of RAM, an HD resolution display, and a low-capacity eMMC for storage.

Local brands such as Avita offer laptops starting at around Rs. 20,000

Bumping up your budget to around Rs. 30,000 will get you many more options from established players such as HP and Lenovo. In this segment, you should be able to expect slightly more powerful CPUs such as AMD's Ryzen 3 series and Intel's older 10th Gen Core i3 models. Hard drive sizes are typically 1TB in this segment, but this would be a mechanical hard drive and not flash storage. The RAM will still be 4GB with most of them, which is not ideal for Windows 10 so it's better if you upgrade to at least 8GB after purchase.

Pushing your budget to around Rs. 45,000 opens the doors to better CPUs, more RAM and full-HD displays. You can also find models in this price range with mechanical drives and SSDs, which should offer a snappier Windows experience. Of course, there'll always be better models as you go up the price ladder, but that's beyond the scope of this guide.

Now that you know how much you wish to spend and what sort of components you can expect, let's take a look at what's available in the market from some of the well-known brands.

Dell's Vostro series is aimed at small business users but works well for basic home use too. The Dell Vostro 15 3500 is the least expensive at around Rs. 30,000, and offers basic specifications such as an Intel Pentium Gold 7505 CPU, 4GB of RAM, and 1TB hard drive, but a full-HD 15.6-inch display. Spending around Rs. 10,000 more will get you a better Intel Core i3 10th Gen CPU, 8GB of RAM, and options for SSD storage.

HP has a similar distinction with its product lines for home and business users. Its 14s and 15s series of laptops for home users can be found at heavily discounted rates online. You can expect similar specifications as Dell's Inspiron 15 line with choices of AMD or Intel CPUs, mechanical or flash storage, and 8GB of RAM in the models costing closer to Rs. 40,000.

HP's business line of laptops might be less flashy but it does offer competitive specifications within our budget. Look out for the G7 and G8 series of laptops which have AMD Ryzen 3 and Intel 11th Gen CPUs for between Rs. 30,000 to Rs. 40,000.

You'll find plenty of Lenovo V14 and V15 series laptops priced at around Rs. 40,000 (lower if you look online) which offer decent designs and current-get specs such as Intel's 11th Gen CPUs. If you're looking for something more stylish and portable, you can try Lenovo's IdeaPad Slim 3i which, at a starting price below Rs. 40,000, has an Intel 11th Gen Core i3 CPU, 4GB of RAM, a 256GB SSD, and a full-HD 15.6-inch display. You can also find some interesting deals for student laptops on its website.

If you fancy a budget Acer laptop then you should be focusing on its Aspire 3 and Aspire 5 series. Going by Acer's own online store, prices start as low as Rs. 26,499 for which you get decent specs such as an AMD Athlon Silver 3050U CPU, 4GB of RAM, and a 1TB hard drive with the option of adding an NVMe SSD later. The Aspire 5 range starts a bit higher, at around Rs. 38,999, but this series offers a slimmer design and better CPU specs.

If you're looking for value-for-money specs, then it's hard to beat Xiaomi's RedmiBook 15 e-Learning Edition, which was recently launched at Rs. 41,999. For this money, you get a full-HD display, Intel Core i3 11th Gen CPU, 256GB SSD and 8GB of RAM. If you need more storage, there's a 512GB SSD variant for Rs. 44,999. Realme also recently launched its first laptop called the Realme Book (Slim), which goes slightly beyond the scope of this guide but is a decent option if you don't mind spending around Rs. 46,999. The base model gets you an Intel Core i3 11th Gen CPU, 8GB of RAM, a 256GB SSD and a 2K (2160x1440) resolution display.

Asus has long offered value-for-money laptops in the Indian market and that continues today. Its VivoBook 14 and 15 series offer competitive specs for the price. The Asus VivoBook 15 X515 for instance starts at roughly Rs. 30,000, which gets you an Intel Pentium Silver N5030 CPU, 4GB of RAM, a 1TB hard drive, and a full-HD display. Asus also offers a stylish EeeBook 14 E410 series which comes with an Intel Celeron N4020 CPU, 4GB of RAM and a 256GB SSD for about Rs. 24,990.

If your work or studies do not require the use of any specific Windows application, then you really should consider getting a Chromebook. Google's lightweight OS should offer better performance than Windows on the same hardware, plus longer battery life. Chromebooks can get really expensive, as much as Windows thin-and-light laptops, but there are affordable options too.

The HP Chromebook 14a is available at Rs. 27,999 which gets you an Intel Celeron N4020 CPU, 4GB of RAM, 64GB of storage which is expandable, and a 14-inch HD display. Earlier this April, the company also announced an 11-inch model called the HP Chromebook 11a with a MediaTek MT8183 SoC, 4GB of RAM and a promise of up to 16 hours of battery life.

Lenovo has a nice budget-friendly offering called the Duet Chromebook. It's a 10.1-inch convertible laptop with a detachable screen and built-in kickstand, starting at Rs. 26,999. Last but not least, Asus has a few mainstream models too with varying screen sizes, including the Chrombook Flip which comes with a 360-degree rotating keyboard.

Windows 11 has been unveiled, but do you need it? We discussed this on Orbital, the Gadgets 360 podcast. Orbital is available on Apple Podcasts, Google Podcasts, Spotify, Amazon Music and wherever you get your podcasts.

Roydon Cerejo Email Roydon
Roydon Cerejo writes about smartphones and laptops for Gadgets 360, out of Mumbai. He is the Deputy Editor (Reviews) at Gadgets 360. He has frequently written about the smartphone and PC industry and also has an interest in photography. With over a decade of experience covering the consumer technology space, he is also an avid sci-fi movie and TV show geek and is always up for good horror flick. Roydon is available at roydon@gadgets360.com, so please send in your leads and tips. More
Advertisement