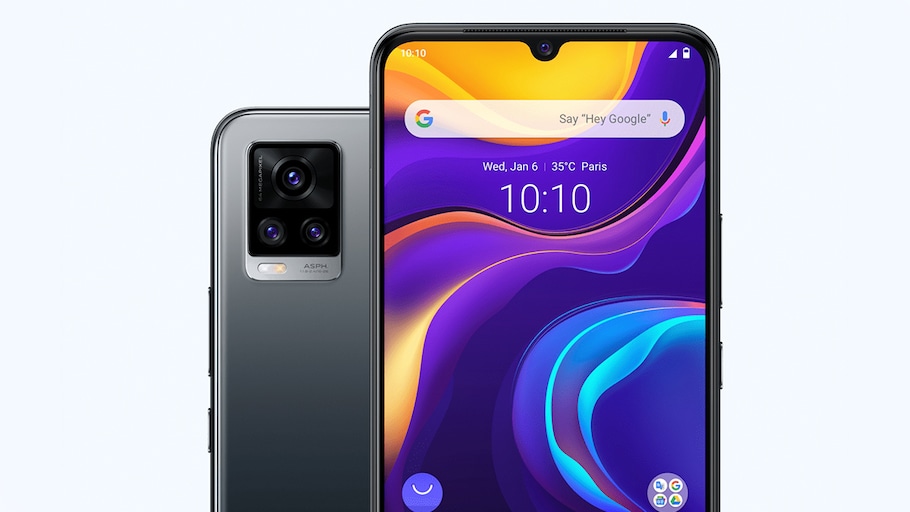 Google's Pixel 4a is a great option for photography enthusiasts

There's a new heavy-hitter in the sub-Rs. 30,000 smartphone segment, the Vivo V20 Pro. It's one of the few phones that gives the OnePlus Nord some serious competition. Realme and OnePlus continue to offer strong options as well, with the Realme X3 and the Realme X3 SuperZoom both offering powerful specifications and impressive telephoto cameras for the price. The heavily hyped OnePlus Nord is relatively affordable and offers many of the features that people care most about. We've had to bump the Google Pixel 4a from our list since it's not available at the introductory price any more.

These new phones join several models that first appeared on earlier editions of our list of the best phones priced under Rs. 30,000 in India. We have updated our recommendations based on recent Gadgets 360 reviews, and taking into account any price changes. Here's the November 2020 edition of the best smartphones you can buy for less than Rs. 30,000 right now.

The OnePlus Nord continues to be an unshakable force in this segment, but Vivo's new V20 Pro does come close to taking it down. With a similar slim and light design as the V20, the Vivo V20 Pro features a more powerful Qualcomm Snapdragon 765G SoC which also supports 5G. The AMOLED display is vivid and offers very good brightness and colours. It even supports HDR10 playback. However, Vivo didn't go all the way here as the display runs at the standard 60Hz and not higher.

Battery life is quite impressive. The Vivo V20 Pro easily lasts for more than a day on one charge. There's 33W fast charging so you can fill the 4,000mAh battery very quickly. Cameras are another area in which the V20 Pro fares well and competes aggressively with the OnePlus Nord. The 44-megapixel selfie camera has eye autofocus and can even shoot 4K 60fps video. There's also an ultra-wide front camera for group selfies. The rear cameras don't disappoint either, except when shooting videos at night, which could be better.

Overall, the Vivo V20 Pro is a strong offering and makes for a good alternative to the OnePlus Nord under Rs. 30,000.

The OnePlus Nord is a new budget offering from OnePlus, which manages to deliver a comparable Android experience to the OnePlus 8, but at a more affordable price. OnePlus has kept all the staples such as the AMOLED display, Warp Charge fast charging, and a big battery in the Nord. However, it has made some cuts when it comes to the SoC and the build quality. The OnePlus Nord still has glass on the back, but instead of a metal frame, it's plastic.

The SoC used is the Qualcomm Snapdragon 765G, and not an 800-series chip as we're used to seeing. However, the Nord does support 5G, which is a cool bonus. As an overall package, it's really hard to find fault with the OnePlus Nord. App and gaming performance is good, it captures good photos and videos in daylight, and the display supports HDR10+.

Low-light image quality suffers a bit, but that's pretty much this phone's only major weakness. Battery life is very good and the single speaker gets decently loud. One impressive feature of the OnePlus Nord is its ability to shoot selfie videos at 4K 60fps, which is something even the OnePlus 8 and 8 Pro can't do.

The base variant costs under Rs. 25,000 but is still competitive with more expensive smartphones. If you step up to higher RAM and storage variants, you can get a great phone for under Rs. 30,000.

The Realme X3 SuperZoom is a powerhouse of a smartphone. The Qualcomm Snapdragon 855+ SoC is more than capable of handling anything thrown its way. It has a sharp display, a big battery, and a quick fingerprint sensor embedded in the power button., The highlight feature of this model is of course its telephoto camera.

The Realme X3 SuperZoom can do 5x optical zoom and a total of 60x digital zoom, which is impressive for a phone priced under Rs. 30,000. The rest of the cameras perform well under good light too. Realme has also added a lot of night shooting modes to play with, which is a great value-add for night photography lovers. The Realme X3 is identical to the SuperZoom model in every way except for the cameras. The standard model can only do 20x hybrid zoom and has a 16-megapixel main selfie camera, instead of 32-megapixels on the SuperZoom model. Apart from these differences, both phones are identical.

Even though we haven't reviewed this more affordable model yet, the rest of its features and performance should be very similar to what we experienced with the X3 SuperZoom, so we can say it's worth considering if you're on a tight budget.

The Realme X2 Pro does a little bit of everything right at a fraction of the price of a real flagship. It has a big 6.5-inch full-HD+ AMOLED display with an in-display fingerprint scanner and a 90Hz refresh rate. It is well designed and feels a lot more expensive than it actually is. Realme has also tossed in a 4,000mAh battery that delivers excellent battery life. That's not all, this phone comes with a 50W fast charger that is capable of topping the device up in about 31 minutes.

The Realme X2 Pro has a quad-camera setup and is capable of taking good photos in different lighting conditions. We had an issue with the low-light video quality of this device, and we also found that it heats up a little when subjected to load.

Oppo Reno 3 Pro is the newest smartphone on this list. It sports a 6.4-inch AMOLED display along with an in-display fingerprint scanner. Oppo has picked the octa-core MediaTek Helio P95 SoC to power this smartphone. It also has 8GB of RAM and there are two storage options, 128GB and 256GB.

The Oppo Reno 3 Pro has a 4025mAh battery and support for 30W VOOC charging. At the back, it sports a quad-camera setup with a 64-megapixel primary sensor. At the front, this phone has a 44-megapixel selfie shooter along with a 2-megapixel depth sensor. We found photo quality to be good in daylight conditions and average in low light although there's a night mode that helps you take better shots. Low-light video recording was a little disappointing.

Battery performance on the Oppo Reno 3 Pro was good, and the phone lasted us for about a day and a half easily before needing a charge.