The Best Fitness Trackers To Buy in India

Here are the best fitness trackers you can buy in India
By Aditya Shenoy | Updated: 19 November 2021 17:33 IST 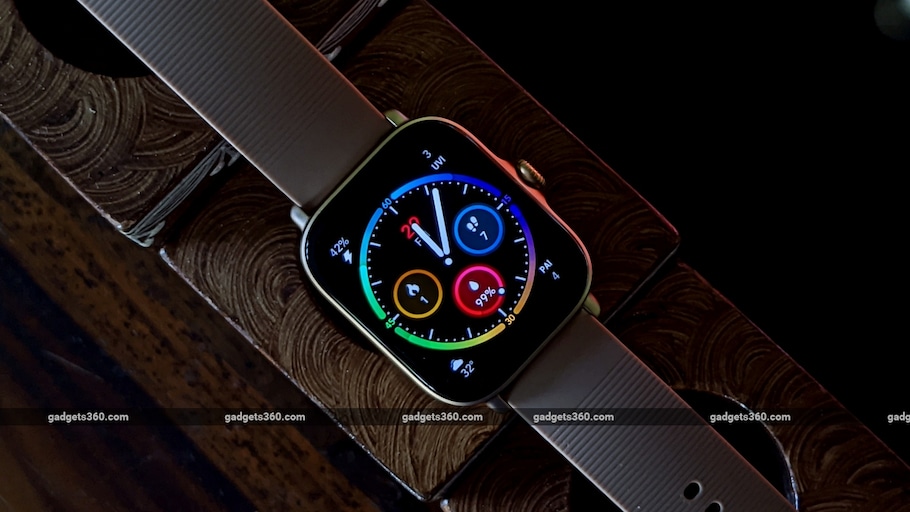 In recent times, with lockdown keeping us indoors, many of us have learnt to value our health more than ever before. Now, with life slowly returning to normal, it is a good time to focus on physical activity. In order to improve your health and put your efforts in the right direction, you'll need to track your body's stats constantly. With fitness wearables now available at every price point, getting the right one that suits your needs can be confusing. In this guide, we'll shortlist some of the best fitness trackers you can buy in 2021.

In this list, you will find fitness bands that are sleek and almost unnoticeable when worn, as well as watch-shaped devices that give you the feel of a smartwatch. You'll find wearables from popular brands such as Xiaomi, OnePlus, Realme, Amazfit, and more.

The Xiaomi Mi Smart Band 6 is the latest addition to the Mi Band series. The Mi Smart Band 6 is a budget-friendly fitness tracker that is fairly accurate when it comes to multiple parameters. It can track steps, distance, heart rate, and even SpO2 levels.

Battery life is slightly weaker compared to the Mi Band 5, but it can still last for 8-10 days on a single charge depending on what features you enable. A magnetic charger makes it convenient to charge this fitness band, and it takes a little over an hour to do so.

The first fitness band from OnePlus, the OnePlus Band was among the first such device to pack in an SpO2 sensor. The OnePlus Band has a 1.1-inch AMOLED display and could only be paired with Android smartphones when we tested it. It is IP68 rated and can handle up to 5ATM of pressure. It's also quite light and was barely noticeable when worn.

Heart rate, SpO2, and sleep tracking were accurately measured by the OnePlus Band during our review period. Step and distance tracking was slightly off, with the OnePlus band underreporting these metrics.

The OnePlus Band has a smaller battery than the Mi Smart Band 6 and has a lower battery life in comparison. It lasted us six days during testing, but it can be fully recharged in an hour using its magnetic charger.

The Redmi Watch is a good candidate for those looking for a watch-style fitness wearable. It is affordable and you have a wide range of dial and strap colour options. This square-shaped watch is bigger than most fitness bands and will appeal to those who want a bigger display.

The Redmi Watch packs in a 230mAh battery and weighs about 35g. It can be paired with an Android smartphone or an iPhone without any issues. It is capable of tracking workouts and other metrics using its in-built sensors.

The Redmi Watch can alert you of incoming calls as well as messages. The Redmi Watch is capable of recognising different workouts. Heart rate and sleep tracking were accurate in our experience. Step tracking was also very good and we only found a negligible margin of error when we tested this. The Redmi Watch does not have the ability to track SpO2 levels, which could be a deal-breaker for some buyers.

The Realme Watch 2 Pro is bigger in size and price than the Redmi Watch. It has a 1.75-inch display with a peak brightness of 600 nits, and a large 390mAh battery.

Battery life on the Realme Watch 2 Pro was good, and it lasted us eight days with our usage. Charging was quick and easy with the supplied magnetic charger.

The Realme Watch S Pro is Realme's first smartwatch-styled fitness tracker with built-in GPS. It has a large 46mm circular dial. It competes with the Xiaomi Mi Watch Revolve, which is also a big watch-style tracker.

The Realme Watch S Pro is built well and is compatible with Android as well as iOS devices. It's capable of tracking steps, distance, heart rate, SpO2, and sleep. Step and distance tracking were slightly off in our testing, and it underreported numbers. Heart rate tracking was up to the mark and you can set the measurement interval on this device. SpO2 tracking also showed results in the acceptable range.

The Realme Watch S Pro does not have a mic or a speaker for you to answer incoming calls, like you can on a full-blown smartwatch. The in-built GPS was also a little slow to establish a connection when we tested it.

The Xiaomi Mi Watch Revolve Active can be considered a fitness-oriented version of the Mi Watch Revolve. This device has a circular AMOLED display and is available in a single case size only. The case is made of fibre-reinforced polyamide, which makes it light and durable, though plasticky to the touch.

In terms of fitness tracking, the Mi Watch Revolve Active tracks steps and distance well, and is also accurate with sleep and SpO2 tracking. It even has Alexa support, which is convenient if you want a virtual assistant on your wrist. The Mi Watch Revolve Active does have a few shortcomings; it is slow to charge, heart rate tracking during workouts isn't accurate, and it is available in a single dial size only.

The Amazfit GTS 3 is the newest fitness wearable on this list and builds on the success of the GTS 2. This new wearable has a navigation crown instead of a push button, which can be helpful. It has a big 1.75-inch AMOLED display and a rectangular case with rounded corners.

Just like the other watch-style wearables on the list, this one too is capable of tracking multiple fitness parameters including SpO2. It can be paired with an Android as well as an iOS smartphone using the Zepp App.

The bright AMOLED display and the fluid UI are major advantages of the Amazfit GTS 3. It is also capable of tracking steps, distance, SpO2, and heart rate accurately. However, sleep tracking isn't the best we have seen. The Amazfit GTS 3's battery will last anywhere between three and five days on a single charge depending on the features you have enabled.

Is JioPhone Next the 4G phone for everyone that Reliance promises? We discuss this on Orbital, the Gadgets 360 podcast. Orbital is available on Spotify, Gaana, JioSaavn, Google Podcasts, Apple Podcasts, Amazon Music and wherever you get your podcasts.