The Best Smartwatches to Buy in India 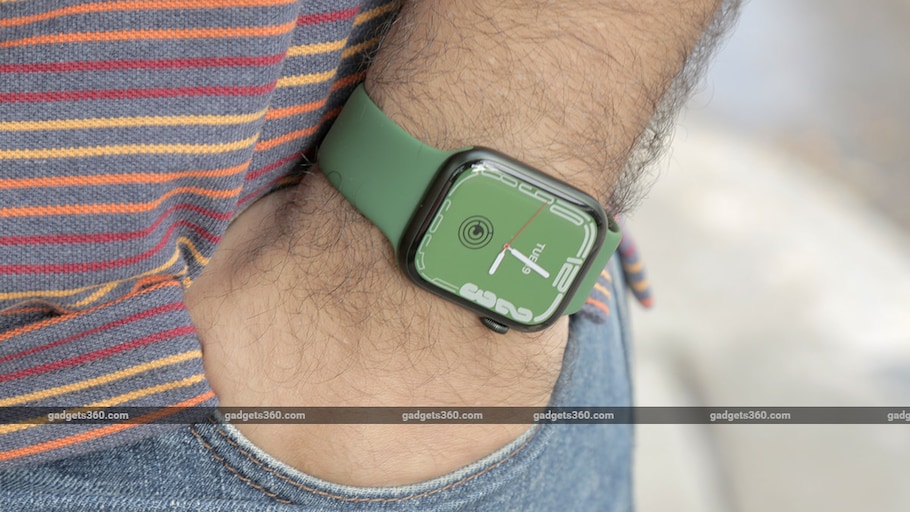 Smartwatches have gained popularity over the years. These wearables can be called an extension to your smartphone on your wrist. Many of these new smartwatches are also capable of working as standalone devices when the need arises. Manufacturers have constantly innovated to bring new features to these smartwatches and they have also gained new health and activity tracking features. With so many smartwatches in the market, which one should you pick? In this guide, we help you pick the best smartwatch to suit your needs.

The Samsung Galaxy Watch Active 2 is among the most affordable smartwatches on this list. It was launched at a starting price of Rs. 26,990, but has gradually dropped down to a reasonable Rs. 11,990 making it accessible to a wider audience. The Galaxy Watch Active 2 comes in one dial size only, and there are GPS-only as well as LTE-enabled variants. The cases are made out of aluminum or stainless steel depending on the model you choose.

Samsung has used a dual-core Exynos 9110 SoC to power the Galaxy Watch Active 2. It has 1.5GB of RAM and 4GB of internal storage. It runs Samsung's TizenOS which separates it from some of the other smartwatches on this list. TizenOS has limited support for third-party apps but you get most of the functionality you'd need out of the box.

The Oppo Watch runs Google's Wear OS and is available in two case sizes, 41mm and 46mm. This smartwatch has a rectangular dial with rounded corners, and resembles older Apple Watches to some extent. It has an AMOLED display, and depending on the case size you choose, it'll either have a 300mAh or a 430mAh battery.

The Oppo Watch is powered by the Qualcomm Snapdragon Wear 3100 SoC and has a secondary Ambiq Micro Apollo 3 SoC for background tasks. It also has 1GB of RAM and 8GB of internal storage. The watch supports Google Assistant, so it can listen to your queries and display results or even reply to messages using dictation. The Oppo Watch can be paired with Android phones as well as iPhones, but the experience is much better on the former.

With the Oppo Watch you can track steps, heart rate, walking distance, and sleep. Step tracking had a minor deviation in our experience, but the Oppo Watch tracked other parameters quite well. Battery life on the Oppo Watch wasn't the best but this device was quick to charge.

Samsung has powered the Galaxy Watch 4 series using the Exynos W920 SoC, and all models have 1.5GB of RAM and 16GB of storage. You can use the internal storage to store music which you can listen to using Bluetooth earphones. An important point to note is that the Watch 4 series can only be paired with Android devices and do not support iOS, at least not yet. Also, even though they run Google's Wear OS, Bixby is the only virtual assistant available on the Galaxy Watch 4 Classic, at least when we tested it.

Apart from the usual health parameters, the Samsung Galaxy Watch 4 series can also track body composition using electrodes on its buttons. It is capable of SpO2 tracking throughout the day, even while you are asleep. Step, distance, sleep, and SpO2 were tracked fairly accurately by the Watch 4 Classic. The devices are technically capable of taking ECG readings as well but this is currently not supported in India. Charging is slow, so you will need at least a full hour to charge each model completely. Those looking for an affordable alternative can also consider the Samsung Galaxy Watch 3, which is still available.

Apple Watch SE was launched alongside the Apple Watch Series 6 as a more affordable model. The Apple Watch SE is available in two case sizes, 40mm and 44mm. It has an LTPO OLED display and has a digital crown for navigating the UI.

The Apple Watch SE can only be paired with an iPhone. It is powered by the Apple S5 SiP and runs watchOS. You get 32GB of internal storage, which is the highest capacity on this list (and the same as on the Apple Watch Series 7). You can also save music on the Watch SE for offline listening.

The Apple Watch SE is capable of tracking a wide range of fitness parameters but does not have SpO2 tracking. If you are looking for a smartwatch that can track SpO2, you'll have to look at the Samsung Galaxy Watch 4 or Apple Watch Series 7. In our tests, the Apple Watch SE was fairly accurate to track steps and distance. Sleep tracking offered very limited information and wasn't the best. The Watch SE is also slow to charge, needing more than an hour to charge completely.

The Apple Watch Series 7 was launched in September 2021 and is the flagship wearable from Apple. It is offered in aluminum, stainless steel, and titanium finishes, and you get a bunch of colour options to choose from. You also have a choice between GPS-only and cellular-enabled variants.

Apple Watch Series 7 has larger displays with slimmer bezels compared to the Series 6, and charges quicker too. However, in India, this fast charging feature isn't yet available. The Apple Watch Series 7 is powered by the new Apple S7 SiP. Apple also claims to have improved the thickness of the front glass for better crack resistance (the aluminum models have Ion-X glass, while stainless steel and titanium ones sport sapphire glass). The Apple Watch Series 7 can track a wide range of metrics such as SpO2 and ECG, apart from the usual activity parameters.

Is JioPhone Next the 4G phone for everyone that Reliance promises? We discuss this on Orbital, the Gadgets 360 podcast. Orbital is available on Spotify, Gaana, JioSaavn, Google Podcasts, Apple Podcasts, Amazon Music and wherever you get your podcasts.