Bluetooth Codecs Explained: Understanding What They Are and How They Work on Wireless Headphones

All you need to know about the current popular Bluetooth codes and why they matter
By Ali Pardiwala | Updated: 26 May 2022 18:24 IST 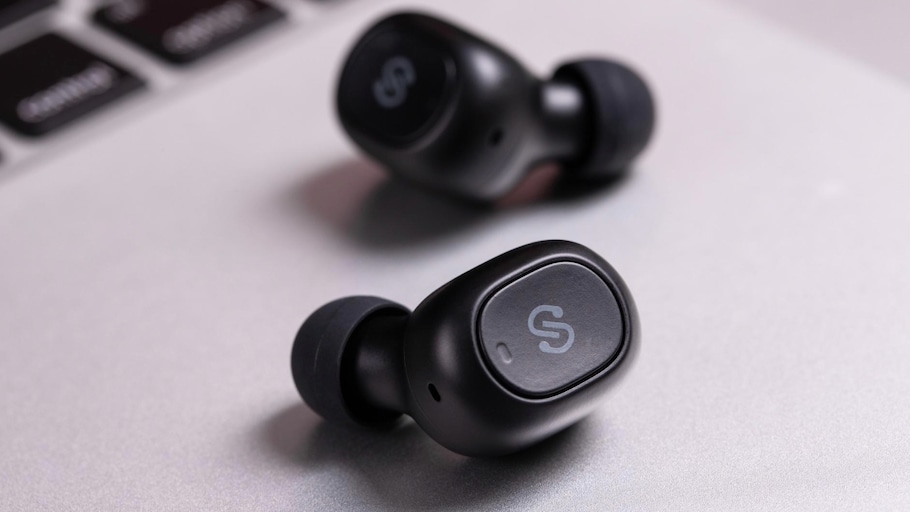 iPhones and iPads support the SBC and AAC Bluetooth codecs

LDAC and aptX are popular advanced codecs on wireless headsets

Bluetooth technology has been a game-changer for personal audio, and ever-improving Bluetooth standards have made wireless headphones and earphones more popular than ever before. Not only that, personal wireless audio devices are also very affordable these days, to the point where they are often preferred over wired earphones and headphones. Wired headphones are still the go-to choice for audiophiles for their superior sound quality, but if you're looking for new headphones or earphones right now, you're likely shopping for something wireless to use with your smartphone, tablet, or laptop.

You've probably heard the term ‘Bluetooth codec', which is a one of the key specifications to keep an eye on when buying wireless headphones and earphones. Support for the right Bluetooth codec can make a big difference to sound quality. But what exactly is a Bluetooth codec, and why is it important? Read on to find out.

What is a Bluetooth codec?

Without going into the details of audio formats or how streaming services work, we'll first try to explain what a Bluetooth codec is, and how different Bluetooth codecs function. To understand that, it's first important to know how Bluetooth itself functions.

Bluetooth is a set of wireless standards that ensure that a digital signal from the source device can be interpreted by the receiving device. In the case of audio, a source such as a smartphone converts audio data into radio waves. The receiving device, such as a speaker or pair of headphones, uses a digital-to-analogue converter (DAC) to turn that signal into sound that can be heard by the listener.

This entire process usually takes place quickly and stably, to ensure that the listening experience isn't hampered in any way. The higher the quality of audio you want, the more data needs to be transmitted. To achieve this, the digital audio signal is compressed so that more data can be transmitted wirelessly in the same amount of time. This needs to be decompressed on the receiving end. The Bluetooth codec (which is short for "coder/decoder"), is essentially a set of parameters and instructions for how this compression and decompression happens. Both devices need to support the same codec in order to use it, and its maximum data transmission rate is an indication of its capabilities.

Bluetooth codecs work differently, and some of the basic ones such as the sub-band codec or SBC, tend to discard a lot of the signal data during the compression phase. This considerably reduces the quality of the digital audio signal and the subsequent analogue audio that you hear. Advanced Bluetooth codecs such as aptX and LDAC are able to carry more data wirelessly and can achieve higher stable bitrates, ensuring a better quality signal is received on the audio output device.

Compatibility with a Bluetooth codec is required at both ends; essentially, the receiving device needs to be able to understand the ‘language' of the source device, so to speak. Thus, a Bluetooth codec can only be used if both the source and receiving device support it. If there's a mismatch, the link will fall back to whatever standard both devices have in common. This makes it important to match the codec support on your wireless headphones, earphones or speaker with your smartphone, tablet, or laptop.

The most basic Bluetooth codec is SBC, and it is almost universally supported since it is part of the basic Bluetooth protocol. Practically every device capable of transmitting or receiving Bluetooth audio supports this codec, and this is what ensures the interoperability of pretty much any Bluetooth headset with any Bluetooth-enabled phone. In the absence of any other codecs, devices will default to SBC.

As mentioned before, SBC is pretty basic when it comes to data transmission and bitrates. It favours connection stability and power efficiency over sound quality. SBC supports a transmission bitrate of around 345 kilobits per second or kbps, but usually operates at lower bitrates to improve stability and reduce lag.

Many entry-level Bluetooth headphones and earphones support only the SBC Bluetooth codec. This naturally means that the audio signal received is compressed significantly, and sound quality is usually limited.

Not to be confused with the audio file format of the same name, the AAC Bluetooth codec is a step above SBC in terms being able to stably transfer audio data over Bluetooth. It supports a maximum transmission bitrate of 320 kbps, and is usually able to maintain a high bitrate without having to frequently adjust for stability. Notably, this is the default Bluetooth codec on Apple devices such as iPhones and iPads as well as Apple's AirPods range of Bluetooth headsets.

AAC is also widely supported on Android devices and by plenty of wireless headphones and earphones, across the price range. Although AAC offers better sound quality than SBC, it still significantly compresses the audio signal as compared to more advanced Bluetooth codecs.

It is, nonetheless, a popular and practical codec, and you should look for it if you intend to use your wireless headset with Apple devices.

The Qualcomm aptX codec family has been around for years, and since the original version was introduced, there have also been new and improved iterations such as aptX HD and aptX Adaptive. With bitrates going up to 576 kbps, and the aptX Adaptive codec even implementing variable bitrates for flexibility and better connection stability, aptX offers a considerable improvement over both SBC and AAC.

Support for the aptX codecs is common on Android devices, and it is also available on some Apple Macs, but not on iOS devices so far. Although aptX does have an impact on power efficiency and battery life, it offers a significant improvement in sound quality over SBC and AAC, particularly the newer aptX HD and aptX Adaptive implementations.

Many headphones and earphones across price ranges support the aptX codec set, usually by way of using a compatible Qualcomm Bluetooth solution as part of the hardware setup. It's worth looking out for support for this codec if you have a compatible source device, which can be just about any modern Android smartphone.

Samsung introduced its own Scalable Bluetooth codec recently. It has a variable, constantly adjusting bitrate going up to 512 kbps, and is said to enable high-quality data transmission even in environments where there is a lot of radio interference. It's widely considered to be on par with aptX HD and aptX Adaptive in terms of transmission quality.

However, Samsung has kept this technology proprietary and the Scalable codec is only supported on Samsung devices for now. This includes many of the company's true wireless earphones and headphones across the Samsung and AKG product ranges, as well as most Samsung smartphones and tablets running Android 7 and above.

A headset with Scalable codec support makes sense if you have a compatible Samsung smartphone or tablet to use it with. Most of Samsung's recent audio products, including the Galaxy Buds series, support the Scalable codec.

On paper, LHDC is among the better Bluetooth codecs around with support for a flexible bitrate going up to 900 kbps. However, the biggest drawback of this codec is compatibility with devices. Not too many wireless headsets and source devices support LHDC, and only a handful of brands such as Xiaomi, Oppo, and Huawei have so far launched products that support it.

Matching these wireless headphones or earphones with an LHDC-compatible source device is particularly difficult at the moment, and this has held back its popularity. The more widespread compatibility and adoption of the other codecs on this list, particularly aptX and LDAC, give them the edge over LHDC.

Among the best popular Bluetooth codecs around, Sony LDAC has variable bitrates ranging across three settings -- 330 kbps for stable connectivity, 990 kbps for a focus on sound quality, and 660 kbps, which strikes a balance between the two. Although originally limited to Sony products, LDAC is now supported on a wide range of devices including headsets from various brands, and many Android smartphones and tablets are compatible.

LDAC is considered to be among the best Bluetooth codecs right now, enabling far more detail and insight in transmitted sound than other codecs. It's typically seen on high-end wireless audio products, although there are some affordable ones that do support it. Many mid-range and high-end Sony headphones and earphones support LDAC, and it's worth looking for this codec if you use an Android phone.

Looking to buy headphones? Listen to the experts on Orbital, the Gadgets 360 podcast. Orbital is available on Spotify, Gaana, JioSaavn, Google Podcasts, Apple Podcasts, Amazon Music and wherever you get your podcasts.