How Google Glass Can Be the Next Big Thing for Agriculture 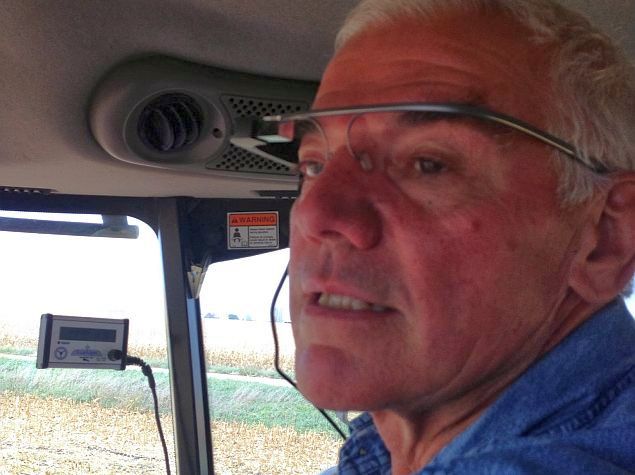 Imagine being able to look at a cotton crop, taking field notes and snapping pictures, sending videos of exactly what you're looking at to experts, or dictating notes, all hands-free. At a farm, especially larger ones, daily checks for problems like pests, rodents and fungal infestations is critical, and it is the job of a crop scout to check the fields and gather data after visual inspection to prevent damage before it gets out of hand.

That's where Basecamp Networks comes into the picture. This Georgia based company has developed IntelliScout, an application that uses Google Glass to make it easier for the crop scouts to log any issues they find, without having to pull out a camera or even a smartphone. The wearable makes it possible for the scout to share exactly what she is seeing, dictate notes or even shoot a small video and instantly mail it, while still at the farm. 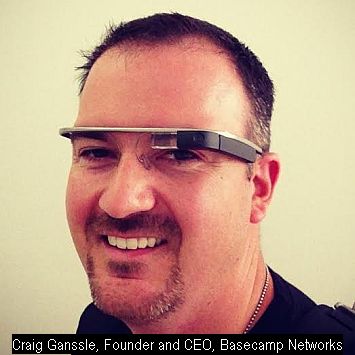 Craig Ganssle, Founder and CEO of Basecamp Networks, has been a Google Glass developer for a year now. Ganssle he says he came up with the idea of IntelliScout as a way to make crop scouting hands-free and always accessible to farmers; something he believes will be useful not just for the big conglomerates but also small and medium scale farms in the US. Testing the app began in March this year, and Ganssle and his team have been working on mapping different crops which are grown in different parts of the world.

"IntelliScout allows for image recognition of crop types, crop diseases, insects and other defects," says Ganssle. "We are testing it using various crops so that it can be used by farmers everywhere."

One of the crops that IntelliScout has been tested with is rubber - a traditional cash crop in India. "The image recognition will allow for automating certain functionalities, for instance IntelliScout can be used for spotting imperfections in rubber sheets," says Ganssle. "It can detect the problems of the sheets better than the human eye. In the case of the corn crop, it will be used for automated kernel counting. In the case of cotton it can be used to count the nodes." 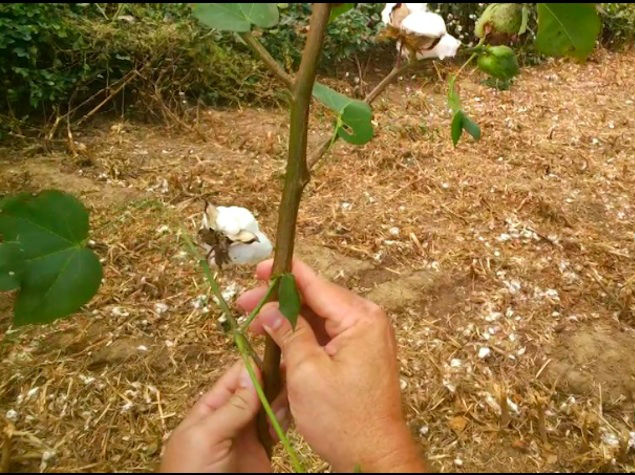 What Ganssle hopes is that the app will also make it possible for farmers around the world to share data and learn from each other.

"The scout can wear the Glass and take pictures, shoot a video and even take notes. The farmers can sync the data and share it via the cloud," he says. This sharing, he believes, will make it possible for farmers from small and medium farms to access data from large conglomerates, and vice versa too.

For now, Ganssle says Basecamp is in discussions with "several companies in the US" about implementing IntelliScout (which will be officially unveiled this week at the InfoAg Conference in St. Louis, Missouri) but adds that it will take adoption by the big conglomerates before the app gets picked up in smaller farms and other parts of the world.

Ganssle says he wants to branch out internationally and work with farmers and local governments in places where agriculture is still dependent on traditionally accepted practices.

"We are seriously looking at growing internationally," he says. "We will have to look at the bigger companies which work in these areas to help promote IntelliScout and Google Glass in places like Africa and Asia. Tthe main benefit as we see is, [that] IntelliScout will help reduce the time lag between diagnosing the problem and applying the solution. This is of prime importance in places like India."

A hard sell?
People often think of the subsistence farmers in impoverished villages when they think of farming in India, but the truth is that in parts of the country at least, things have come a long way.

Concepts like soil solarisation and vertical farming are just some of the new ideas being implemented. In 2011, in Haryana, the Indian government  set up the Indo-Israel Centre of Excellence for Vegetables near Karnal, to help farmers learn new techniques and gain access to entirely new kinds of crops.

Agro-tech India regularly organises trade fairs for farmers, distributors and everyone else involved in the food industry, and showcases everything from rice polishing machinery to end-to-end systems for food retailing. You'll see All Terrain Vehicles instead of tractors, and even meteorological equipment at these trade shows, though you still won't see too many apps like IntelliScout yet.

However, that doesn't mean that smartphones and other data based applications have no use in India. Mobile Harvest is an Android app being developed by a Delhi-based team. According to the creators, they took inputs from various stakeholders, and took the working prototype for testing in Andhra Pradesh, where it was received with enthusiasm by farmers and rural entrepreneurs. Since it uses only audio prompts and pictures, and doesn't require text, the app can be used by anyone, regardless of their literacy levels. With the increasing affordability of smartphones in India, this kind of use is only going to grow.

For IntelliScout, issues like connectivity will continue to be a hurdle, although Ganssle talks about storing the data offline in areas with poor connectivity. Another challenge that will definitely come in the way of adoption of Glass at this early stage is its high cost.

"We are aware of the price involved in using something like this," says Ganssle. "But it can be subsidised through strategic partnerships involving the big companies, the government, and the farmers. Once we can gather and share the data worldwide, it will only aid farmers in helping improve and increase the food production the world over. It about taking small, medium, and large companies to a more efficient platform as a whole."