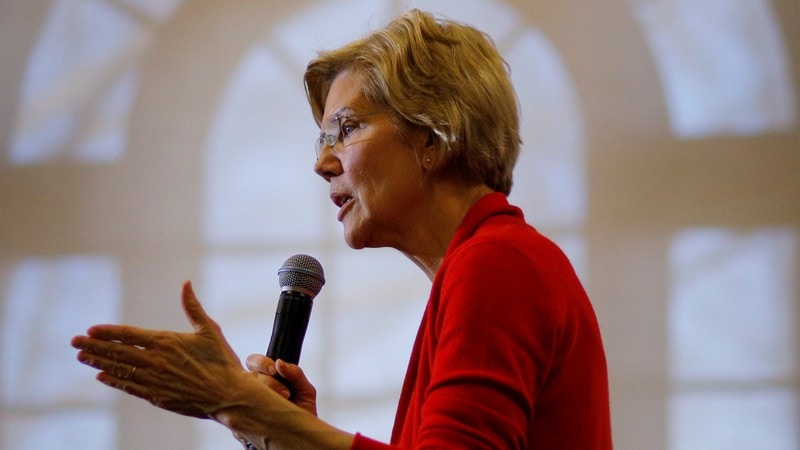 Democratic Sen. Elizabeth Warren pledged on Friday to take aim at Amazon, Facebook and Google if she is elected president in 2020, breaking apart each of the big tech companies and introducing sweeping new regulation of Silicon Valley.

The proposal marks the most ambitious and aggressive effort targeting the tech industry offered by any Democratic contender for the White House, and it could put pressure on other presidential aspirants to offer similar plans for more aggressive tech oversight.

"To restore the balance of power in our democracy, to promote competition, and to ensure that the next generation of technology innovation is as vibrant as the last, it's time to break up our biggest tech companies," Warren said.

Second, Warren said she would push legislation that would label key services - such as Amazon's marketplace for goods and Google search - as "platform utilities," which would have to be spun off from those tech giants' business on those platforms.

Her plan primarily targets only those companies with annual revenue over $90 billion, and it would embolden federal and state regulators to issue steep fines and other penalties that harm competition or consumers. Even web users could sue Amazon, Facebook and Google if they violated Warren's proposed federal rules.

Warren's blueprint - detailed in a Medium post - comes as she prepares to speak to supporters in Long Island City, New York, where Amazon initially sought to construct one of two new headquarters. The company ultimately withdrew from the city amid staunch local opposition and fierce criticism from national figures, like Warren, who felt Amazon had received "taxpayer bribes" from New York.

"We must ensure that today's tech giants do not crowd out potential competitors, smother the next generation of great tech companies, and wield so much power that they can undermine our democracy," Warren said Friday.