Remembering Steve Jobs: 'You've got to find what you love' 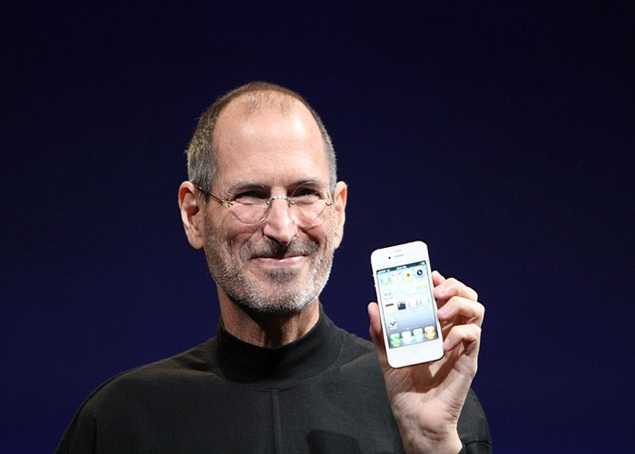 2012 has been a big year for Apple, whether it was the launch of the iPhone 5, or the epic Apple-Samsung patents trial where the iPhone-maker emerged as a winner.

It's also been Apple's first year in a post-Steve Jobs world. Friday marks the first death anniversary of the Apple co-founder who passed away at the age of 56, bringing an end to an era of innovation that some believe was no less than that of Elvis Presley or John Lennon.

Today we try and revisit one of his most memorable and classic speeches, one that he gave to a group of graduating young students from the University of Stanford beginning a new journey of their lives. This commencement speech garnered over 8 million views in a single day on YouTube, the day after Jobs' death. As we write this post, the speech now has over 15 million views.

What was so special about Steve Jobs' words that day which made a lasting impression on many? First, Jobs was rarely seen making any public appearances. Not just that, but he also shared some personal experiences of his life. It was straight from the man's heart. And secondly, there was much to reflect upon in terms of the embedded message encouraging youngsters even today to achieve their best. 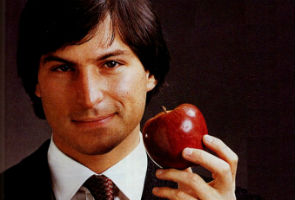 In his three part speech, Jobs talked about how one's past can influence one's future, stumbling upon both love and loss and coming face-to-face with death. Jobs shared many personal moments from his life right from when he started as a college student till the day he discovered he had cancer. He also spoke about his family, which was surprising since he seemed extremely reluctant to discuss his family background in public. He was asked about it in the famous Playboy interview in 1985 and outrightly denied to reveal details.

Jobs narrated his experiences when he had dropped out of college and so didn't have a dorm room. He slept on the floor of friends' rooms, returned coke bottles for 5 cent deposits to buy food and walked 7 miles across town every Sunday night to get one good meal a week at the Hare Krishna temple. He wanted to convey that the past had an important role to play in his present.

Jobs continued to talk about how he was fired from Apple, which was the biggest turning point of his career. Being jobless for a few months, Jobs thought it was all over until his perspective changed and he began to see this as an opportunity. He went on to start NeXT and Pixar, and during this time Jobs also fell in love with Laurene, whom he eventually married. In turn of events, Apple bought NeXt and Jobs returned to Apple, a move he never thought would've been possible. 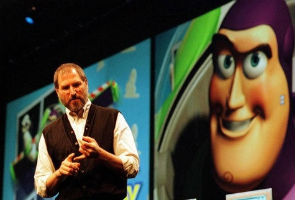 Stephen Wolfram recalled an incident when he first got to know of Laurene. He had once walked into NeXT's brand new offices in Redwood City and wanted to talk to Jobs regarding work. Jobs seemed rather distracted and said he had a date that evening with Laurene, who tied the knot with Jobs 18 months later.

Jobs considered work as his first love always and here's what he said in his speech, "You've got to find what you love. And that is as true for your work as it is for your lovers. Your work is going to fill a large part of your life, and the only way to be truly satisfied is to do what you believe is great work. And the only way to do great work is to love what you do. If you haven't found it yet, keep looking. Don't settle. As with all matters of the heart, you'll know when you find it. And, like any great relationship, it just gets better and better as the years roll on. So keep looking until you find it. Don't settle."

According to Jobs', his most difficult time came when he was inching closer to death. The man had discovered a year before that he had a rare form of pancreatic cancer that would claim his life within 3-6 months. Known to have a never give up spirit, Jobs battled cancer in 2004 by means of a surgery and prolonged his life for 7 years. During this period Apple, under his leadership, introduced many revolutionary products including the iPhone and the iPad.

Jobs urged the Stanford graduating class of 2005 to courageously follow their heart and intuition, just as he did. He encouraged them to give their inner voice a chance and not suppress it by giving in to others' opinions.

John Nauhghton, a columnist for The Guardian, UK recalls one of his favourite stories about Jobs. He said, "It is about the moment when the Apple design team presented him with the first version of the iPod. He looked at it for a while, turned it over and over, weighed it in his hand and then said: "It's too big." The engineers protested that it was a miracle of state-of-the-art miniaturisation - 1,000 songs packed into that tiny space. Jobs walked over to the fish tank in the corner of his office and dropped the prototype into the water. He then pointed to the bubbles that floated from it to the surface and said: "That means there's still some space in it. It's too big." End of conversation.

The conclusion of Jobs' speech was based on a powerful thought that inspired him as a young man. Quoting from a publication called The Whole Earth Catalog written by Stewart Brand, Jobs said, "Stay Hungry, Stay Foolish".

This commencement speech by Jobs still continues to inspire many. "Stay Hungry, Stay Foolish" were more than just words for some. For Stewart Brand, the publisher, it was the moment of truth when the edition finally came out 5 years later and Steve Jobs personally came to him for an autographed copy. For him, Jobs was the only reader who stepped forward, but he also said, "There's only one Steve Jobs, you know."

Anna North mentions in her blog that Nicholas Casey, a reporter for the Wall Street Journal, noticed how the commencement speech started becoming popular. One of his friends translated the speech and posted it with Spanish subtitles while another from Columbia was using "Stay Hungry, Stay Foolish" as a status update.

Anna isn't the only one who blogged about the speech. Stanford graduate Spencer Porter recounts his experience in a blog titled "What Steve Jobs taught me" where he mentions how he felt like a failure after being let go from Fox's television show Family Guy, for which he wrote two episodes. He found inspiration to start all over again, in other words to stay hungry and stay foolish.

Rashmi Bansal, an IIM graduate of 2005, was so inspired by Steve Jobs' speech that she wrote two best sellers titled Stay Hungry Stay Foolish and Connect the Dots. Stay Hungry Stay Foolish features 25 stories of MBA graduates who quit their jobs to become entrepreneurs. This book established a record for Indian publishing by selling 300,000 copies and has also been translated into 8 languages. Her second book Connect the Dots focuses on non-MBA entrepreneurs. It has also been a bestseller, selling over 100,000 copies. 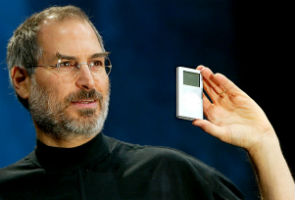 CBS News correspondent John Blackstone caught two people inspired by Jobs' speech. Political science major Amy Halvorsen, Stanford Class of 2005, viewed the then Apple CEO's speech as not about his successes, but his failures. Halvorsen says, "His speech made me feel really comforted. He was like, 'You'll find your own path - you don't need to live someone else's life'."

Another graduate, Steve Myrick, drew inspiration from the lines, "You can't connect the dots looking forward. You can only connect them looking backwards."

Not many would know but Myrick was one of the Stanford student leaders who chose Jobs as speaker. He is currently working as a business consultant. "It's a reminder that you haven't figured everything out, and that's OK," Myrick says. "And just to keep relentlessly looking for things that are gonna make you happy."

In January 2011, Jobs took another leave of absence, a third since his health problems began and resigned in August. He became Apple's chairman and handed the reins of the company to his hand-picked successor, Tim Cook. Today Apple is the biggest company in the world, but one that still lives by Jobs' philosophy through which we see not just widely acclaimed products, but also the late Apple co-founder's visions come to life each year.