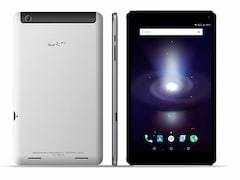 Lava Ivory M4 is based on Android 5.1 and packs 16GB of inbuilt storage. The Lava Ivory M4 is a single SIM (GSM) tablet that accepts a Regular-SIM card. It was launched in Silver and Dark Grey colours.