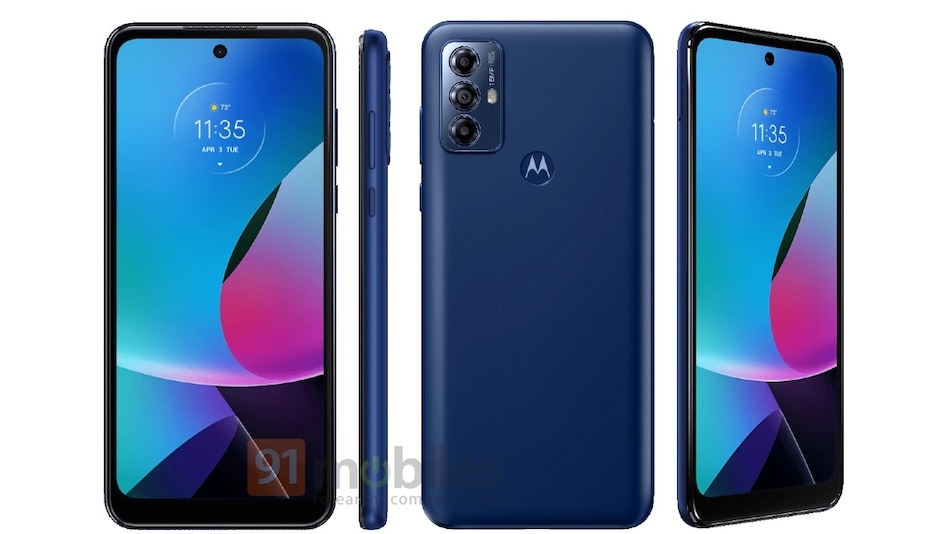 Known tipster Evan Blass (@evleaks), in collaboration with 91Mobiles, has leaked the renders and specifications of the Moto G Play (2022). The leaked renders show a display with a hole-punch cutout housing the selfie camera. The smartphone is seen in a navy blue shade. A triple camera setup is arranged in the upper left corner of its rear panel, alongside the LED flash. Further, the left spine of the handset has power and volume buttons.

As per the leak, Moto G Play (2022) will run on Android 12 and feature a 6.5-inch IPS LCD display with 720 x 1,600 pixels resolution. The upcoming Motorola phone could be powered by a MediaTek Helio G37 SoC, coupled with 3GB of RAM and 32GB of onboard storage.

The triple rear camera setup on the Moto G Play (2022) is said to include a 16-megapixel main sensor and two 2-megapixel shooters. Like the predecessor, it is expected to be powered by a 5,000mAh battery with support for 10W fast charging. It is tipped to get an IP52 rating for dust and water resistance.