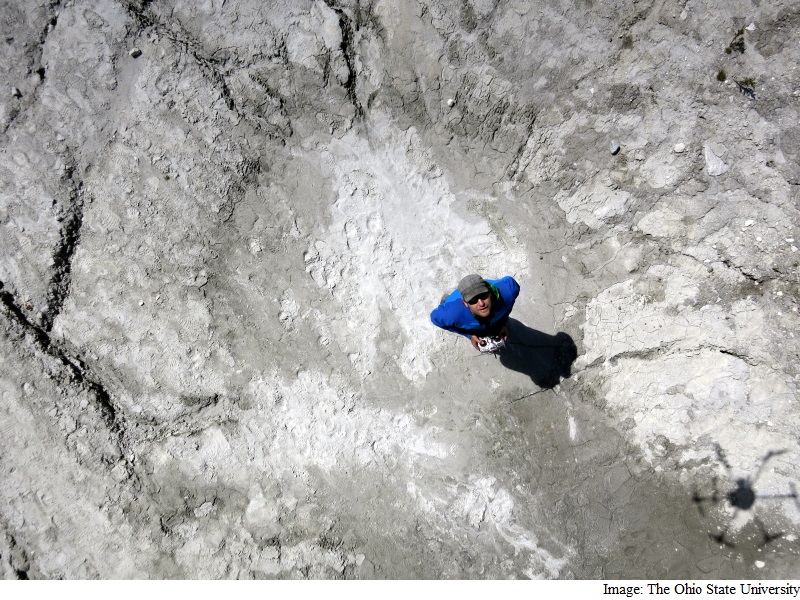 About five km high in the Peruvian Andes, drones are helping scientists map glaciers and wetlands with 10-cm precision and gauge how climate change will affect the people who rely on those glaciers for water supply.

The strategy provides a ground for research teams that are investigating water security in other areas of the world with much larger populations, including India and China.

In the Cordillera Blanca mountain area, glacier melt provides up to 50 percent of the water during the dry season and people use it for farms, hydroelectricity and to drink.

One early finding is that the Cordillera Blanca has a healthy groundwater system.

"We know the glaciers are disappearing, so there will be less water available for the dry season in the future. But what my colleagues and I have found is that the groundwater system is storing some of the glacier melt as well as precipitation," said Oliver Wigmore, doctoral student in geography at the Ohio State University.

"There will still be a significant drop in water supply eventually, but there may be some potential for the groundwater to buffer it," he added.

With the help from data gathered by unmanned aerial vehicles (UAVs), Wigmore also recorded measurements that suggest a key glacier in the region's Llaca Valley is changing rapidly.

"UAVs offer some of the best technology available today for gathering data on a scale to inform local water management decisions," Wigmore said.

The drone technology overcomes clouds, rough terrain and thin air that prevent easy access to ice on the Cordillera Blanca.

In the Cordillera Blanca, clouds block satellite views for all but a few weeks a year, and the terrain is too irregular to take reliable ice surface measurements by hand.

The Ohio State UAVs have a 10-cm resolution, work despite frequently cloudy conditions in the mountains of Peru and cost a few thousand dollars each.

In contrast, satellites provide a half-meter resolution at best, work only during the two months a year when the region is relatively cloud-free and cost millions of dollars.

Wigmore equipped the large, lightweight drones with high-speed motors and extra long propellers to carry them through the thin air.

Flying about 100 metres above the ice and wetlands, the UAVs take hundreds of pictures that overlap, providing 3D imaging the way a pair of human eyes provide depth perception.

"It's like hundreds of eyes looking from different perspectives all across this landscape," Wigmore noted.

He controls part of every flight from a laptop computer and then lets the UAV fly autonomously while it's gathering data.

Whereas airplane surveys cost hundreds of thousands of dollars, and satellites cost millions, the scientists can build a UAV for around $4,000 (roughly Rs. 2,66,000).

Wigmore added on-board sensor systems that map the earth in visible light, near infrared and thermal infrared. Most of the cameras cost around $400 (roughly Rs. 26,700) each.

He presented the results at the American Geophysical Union meeting in San Francisco on Tuesday.