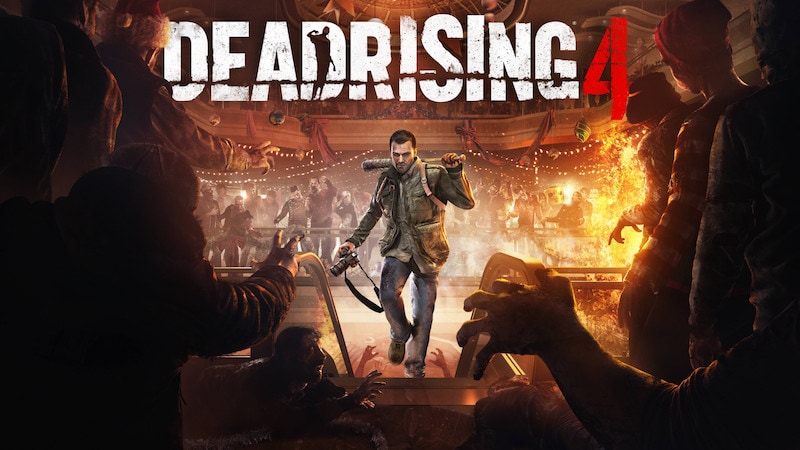 Dead Rising 4 is the final Xbox One and Windows 10 exclusive for 2016. Microsoft has had a solid year in terms of exclusives, what with Quantum Break, Gears of War 4, and Forza Horizon 3. Does Dead Rising 4 belong on that list, or does it get lost in the zombie apocalypse?

Set in Willamette, Colorado, Dead Rising 4 puts you back in the role of Frank West — the protagonist of the first game. Once again, you'll be mowing down a nearly infinite number of zombies using everything from window cleaner (yes, spraying the undead with that stuff incapacitates them), to crudely assembled electric hammer that electrocutes your foes. Along the way you'll uncover a government conspiracy laced with liberal doses of dark humour, and the usual set of zombie tropes.

(Also see: Dead Rising 4 Could Come to the PS4: Report)

The plot, while having some relation to West's exploits in the first game, is explained well enough, and despite the 4 in its name, you don't need to have played earlier titles to follow along.

Divided across six chapters - or cases as the game calls it - Dead Rising 4 alternates between exploration and combat. The former has you investigating locations such as military bases, labs, and survivor shelters. In these areas you'll be using your camera in a manner that's similar to the Detective Mode in the Batman Arkham series. While the caped crusader has his cowl to do the needful, West uses a camera that's equipped with night vision, and a spectral analyser, to get the job done. These sections provide a welcome break from the combat, and exist to push the story forward, letting you know what to expect next.

(Also see: Microsoft's Last Xbox One Exclusive of 2016 Is Not Available in India)

And then there's the combat - which Dead Rising 4 has a lot of. With an assortment of firearms, vehicles, and even an overpowered exo suit, defeating foes — from zombies, to mercenaries, and even stronger oddities - is far from problematic. The combat really starts to shine once you get your hands on the many blueprints in the game world. Doing so lets you craft some whacky weapons of mass destruction that are on par with, if not crazier than, what we saw in 2014's Sunset Overdrive.

You can combine a dinosaur mask with flammables to make headgear that lets you spew fire and maim enemies; add chainsaws to a motorcycle to slice through undead legions while you ride; or, our personal favourite, attach fireworks to a crossbow, which lets you decimate entire hordes with a single shot, complete with celebratory pyrotechnics. Half of the fun in Dead Rising 4 is discovering and creating these outrageous armaments just to see some insane visual effects pepper the screen.

Coupled with responsive controls that allow you to dodge, shoot, and pummel as you please, there's not much to complain about, and everything works well enough to keep the game from getting stale. Admirable considering the meat and potatoes of the game is its combat.

Solid core gameplay aside, getting rid of the series' long-running time limit that forces you to complete it in a set duration is a welcome change, as it brings content galore. From rescuing civilians to restoring safe zones, or squaring off against the many maniacs — mentally unhinged survivors that replace the series' trademark psychopaths - as well as missions that take you across Willamette (and not just its mall like the first game), Dead Rising 4 offers a tremendous amount of things to do.

If you're just after the main story, you can complete it in under 15 hours. Looking to do everything? Expect to spend close to 40 hours, which makes Dead Rising 4 great for completionists and casuals alike. Through the game, we faced the odd frame rate drop in the busiest of scenarios. Not too shabby for a game hell bent on throwing an uncountable number of disposable monsters on screen at any given time.

However Dead Rising 4 is not flawless. There are some serious concerns. We experienced bugs such as sound effects and character dialogue going silent (fixed by reloading our save file), to the game crashing our Xbox One a couple of times. And this isn't the worst of it. Other players have reported losing their entire in-game progress and being unable to obtain critical items needed to take the plot forward. This is not what you would expect from a full-priced AAA game exclusive to the Xbox One. More so when Capcom's past outings have been solid. What makes it worse is that the game has been out for a while now and even with the newest patch weighing in around 5GB, little has changed in this regard.

Apart from these technical issues, Dead Rising 4 ends ambiguously. Unlike past Dead Rising games, multiple endings have been removed. Apparently Capcom plans to flesh out Dead Rising 4's conclusion with paid downloadable content, much like cult brawler Asura's Wrath. Details are sketchy and Capcom's yet to say anything to the contrary. Again, having to pay Rs. 3,990 for game that adds on a fitting finale via paid downloadable content doesn't help matters either. In other words, you'll need to pay more money to see how Dead Rising 4 really ends. The game's Season Pass is an additional Rs. 1,120.

If this isn't enough, gamers in India only have the option to buy it digitally. There are no physical copies of Dead Rising 4 available in the country and perplexingly, Microsoft India has refused to say why, despite several requests for comment from Gadgets 360. Also, unlike Recore, Forza Horizon 3, and Gears of War 4 — all of which allowed consumers to get the game on Windows 10 PC by buying it digitally for the Xbox One via the Xbox Play Anywhere Program - Dead Rising 4 has to be bought separately on the Windows 10 Store.

With a Steam version hitting in less than three months, you're better off buying it there. While Microsoft has made some strides with the Windows 10 Store, it's nowhere close to what Steam offers in terms of user experience. Plus, the Steam version will most likely be cheaper than the Rs. 3,074 Microsoft is asking for it on Windows 10, similar to what we saw when Rise of the Tomb Raider hit Steam.

All of these issues complicate what should be an easy purchase. If you have the bandwidth or are able to import Dead Rising 4, it's well worth the hassle. Otherwise you're better off waiting until it's cheaper or available offline.