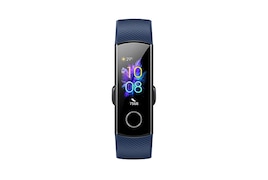 A lot of new wearable devices have launched in the recent weeks, including new models from popular brands in this space such as Lenovo, Xiaomi, and Honor. The Honor Band 5 is one such product, and it is the latest iteration in the popular Honor Band series. This new fitness tracker packs in an AMOLED display, and is capable of tracking sleep as well as heart rate. It's also water-resistant upto 50m. The Honor Band 5 competes with the Xiaomi Mi Smart Band 4, and is priced the same at Rs. 2,299. So which fitness wearable should you pick? We put the Honor Band 5 to the test to find out.