Smile, there's a dragon behind your smartphone's camera! 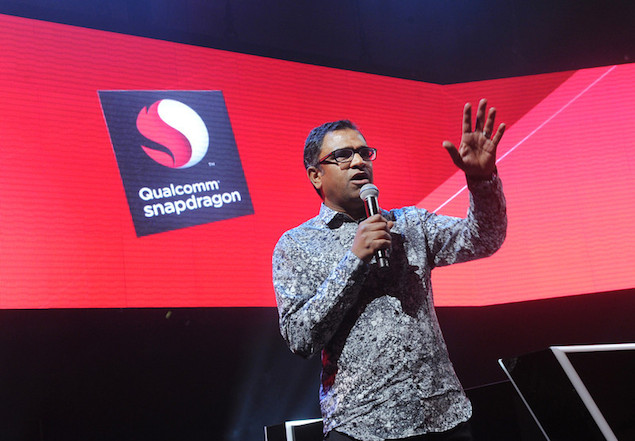 Anyone who understands technology even a little bit, like the Mr. must-have-quad-core above, realises the big impact that a processor has in most spheres of a device's performance. A faster processor with more 'cores' means, at least on paper, that your device will do a better job of everyday tasks like loading an app or playing an app. However, as devices have shrunk from the size of desktop computers to laptops to, in the recent years, smartphones and tablets, the role of what was traditionally called a processor has evolved quite a bit.

As the space inside devices started to shrink, the processor was forced to take on more responsibility, turning into the technology equivalent of a superhero called system on chip (SoC). A modern day SoC crams in a ton of functionality, from roles you would traditionally expect, like the CPU (what was traditionally called the 'processor'), GPU (for enhanced graphics performance), connectivity support like cellular radio, Wi-Fi, Bluetooth, location (GPS, GLONASS or others), to others that most don't realise enhance or limit the capabilities of their smartphone.

In other words, while most understand that not having the latest chip inside a smartphone can limit their ability to play the latest games, or enjoy full-HD playback on their post-PC devices, not many relate the capabilities of, say, their camera with that of the SoC inside.

It's true that imaging performance of your smartphone or tablet is dependent largely on the camera module used by the manufacturer. However, equally important is the software that translates the captured signals into images that (hopefully) look like real world objects you clicked. Modern day SoCs like the Qualcomm Snapdragon series feature image signal processors (ISPs) designed to let the image processing software handle complex tasks like dealing with very high resolution images, or perform things like dual-capture from front and rear cameras simultaneously.

"Our camera software provides many features such as HDR, zero-lag shutter, smile, face, and focus tracking, in addition to the standard 3A camera functions like auto-aperture, auto-shutter, auto-focus," says Raj Talluri, Senior Vice President of Product Management at Qualcomm.

Not just software, but the underlying hardware capabilities also dictate if the device can support features like burst mode (the ability to take multiple pictures at a go) or record 4K Ultra-HD video, with quality four times that of full-HD.

"When you are pushing 4 times as many pixels for Ultra HD resolution versus HD, it requires a lot more horsepower," says Talluri. "The Ultra HD specification also includes more accurate colour representation as well, so we needed to add more colour correction technology. All that Ultra HD data has to come from somewhere, so it requires similar enhancements to the camera and encoder, and faster connectivity as well to stream or download the high quality video."

With the SoC seemingly doing most of the heavy lifting, some feel that the OEMs are getting increasingly marginalised in their ability to differentiate their products from that of the competition, especially when they share the same hardware. Talluri, who holds 13 US patents for image processing, video compression, and media processor architectures, disagrees.

"The high-level of integration in mobile SoC chips today actually helps to free the developers to focus their efforts on differentiation of their devices. Rather than focusing on sourcing and integrating an image signal processor, they can focus on the optics, or the image processing software."

The Mr. must-have-quad-core may be right after all. But not for the reasons he believes.

Disclosure: NDTV Gadgets spoke to Raj Talluri at the sidelines of a Qualcomm event in New York. Qualcomm sponsored our flights and hotel.