Bill Gates held an AMA session about COVID-19 on Reddit. He also previously spoke about coronavirus via a blog post. 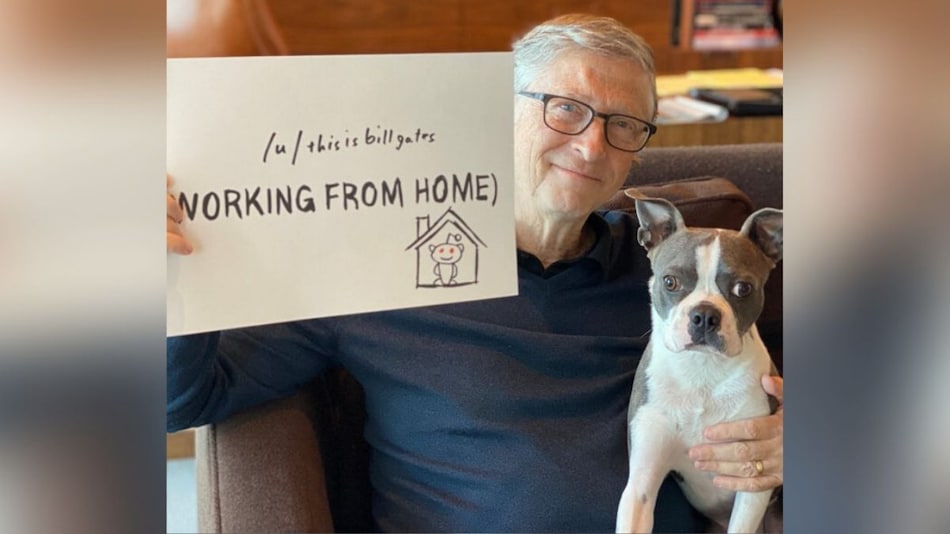 Microsoft co-founder Bill Gates in an Ask Me Anything (AMA) session on Reddit addressed fears on the coronavirus pandemic and offered his views on its yet-to-be-found cure. During this latest AMA session, Gates cautioned that while the whole world is reeling with the effects of coronavirus, developing nations in the upcoming months will be facing its implications more severely. Also expressing his view on social distancing or what he calls a "shut down," the 64-year-old philanthropist said that the practice is necessary until a cure is found. This isn't the first time Gates addressed his concerns around the virus, as the former Microsoft CEO has been expressing views on the pandemic through Twitter and his blog.

Bill Gates held the AMA session on Wednesday along with Dr. Trevor Mundel, who leads the Gates Foundation's global health work, and Dr. Niranjan Bose who is his chief scientific adviser. The Microsoft co-founder in the opening post also promised $100 million via Gates Foundation to help with the COVID-19 response around the world.

Speaking on the implications of coronavirus on developing nations, Gates indicated that such economies will be worst affected due to social distancing practice. In his answer he wrote:

"The current phase has a lot of cases in rich countries. With the right actions including the testing and social distancing (which I call "shut down") within two-three months, the rich countries should have avoided high levels of infection. I worry about all the economic damage but even worse will be how this will affect the developing countries who cannot do the social distancing the same way as rich countries and whose hospital capacity is much lower."

He further addressed concerns over social distancing which he refers to as a "shut down." He wrote that it is necessary since it is the only effective measure we know so far.

"The only model that is known to work is a serious social distancing effort ("shut down"). If you don't do this then the disease will spread to a high percentage of the population and your hospitals will be overloaded with cases. So this should be avoided despite the problems caused by the "shut down". If a country doesn't control its cases then other countries will prevent anyone from going into or coming out of that country."

A user also asked whether a cure for this pandemic will be found in the upcoming, to which Gates remained hopeful and wrote:

"This is a great question. There are over six different efforts going on to make a vaccine. Some use a new approach called RNA which is unproven. We will have to build lots of manufacturing for the different approaches knowing that some of them will not work. We will need literally billions of vaccines to protect the world. Vaccines require testing to make sure they are safe and effective. Some vaccines like the flu don't for the elderly."

"The first vaccines we get will go to health care workers and critical workers. This could happen before 18 months if everything goes well but we and [Dr. Anthony] Fauci [who runs the National Institute of Allergy and Infectious Diseases] and others are being careful not to promise this when we are not sure. The work is going at full speed."

He also added that through the blood (plasma) from people who are recovered, we may develop anti-bodies to protect people. "If it works it would be the fastest way to protect health care workers and patients who have severe disease," he said.

Gates also answered questions regarding the medical development around the virus and said that the pandemic had nothing to do with his retirement from Microsoft.