Is Betelgeuse, One of the Sky's Brightest Stars, on the Brink of a Supernova?

The bright red shoulder of the constellation Orion has gone mysteriously dim this month. 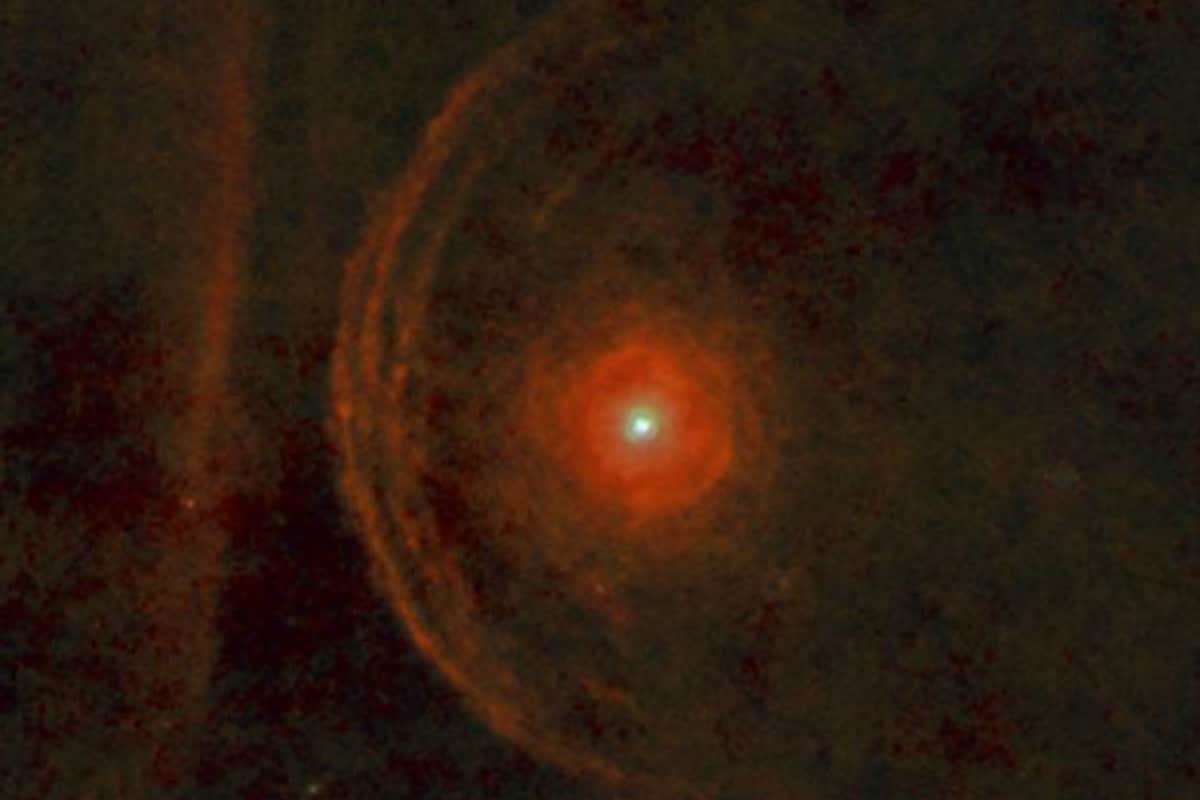 Betelgeuse is a "variable" star, known for wild fluctuations in its brightness

One of the sky's brightest lights is losing its shine.

Since the start of December, the star Betelgeuse - the gleaming right shoulder of the constellation Orion - has been rapidly growing dim. Just 650 light-years from Earth, it's usually the ninth most luminous star in the sky. Right now, it wouldn't even break the top 20.

Betelgeuse is a "variable" star, known for wild fluctuations in its brightness, but scientists have never recorded it changing quite so fast. Such strange behaviour from a beloved star has them wondering: Is this a sign that Betelgeuse is about to explode?

Astronomers know that day is bound come. Betelgeuse is at least 15 times more massive than the sun and wide enough that, if we moved it to our solar system, it would extend past the orbit of Jupiter. "Supergiants" like this tend to live fast and die young, and Betelgeuse's red colour indicates that it has already moved to one of the last stages of a star's life: fusing helium atoms into ever-heavier elements, which it occasionally spews into space. The carbon in your cells and the oxygen in your lungs was made this way, borne across the universe on the sighs of a dying sun.

Eventually, all the material in the core will become iron - an element too heavy for further fusion. The star will succumb to the intense inward crush of its own gravity. Betelgeuse will go supernova.

"But I'm not holding my breath for it," said Miguel Montargès, an astrophysicist at Catholic University - Leuven in Belgium.

Though Betelgeuse is near the end of its life span, it could still be as long as 100,000 years before the star begins its death throes. And although the star's behaviour is unusual, it's not unheard of. Stories told by aboriginal Australians suggest they observed the red star flickering hundreds, if not thousands, of years before anyone began tracking it with telescopes.

Using a suite of telescopes on a mountaintop in Chile, Montargès plans to investigate two more likely explanations for Betelgeuse's dimming. It could be the product of gigantic convection cells inside the star that carry bright, hot material from the interior to its surface and bring cooler, darker matter back into its depths. Or it may be the result of gas clouds condensing into dust that blocks the star's light. Both phenomena are common around red supergiant stars, and they fit with models that suggest Betelgeuse is tens of thousands of years away from exploding.

"For now, I see no reason to assume something else," Montargès said.

Still, the scientist admitted he has a long-running New Year's tradition of wishing for a supernova. When the clock strikes midnight on Jan. 1, he'll be hoping 2020 will prove him wrong.

After all, no one knows the signs of an impending stellar explosion. Scientists can sometimes catch a supernova just after it happens, then search back through old images to find the star from whence it came. But the weeks and days leading up to the event are cloaked in mystery.

"We've never observed a star and said, 'that star is going to die as a supernova,'" said Emily Levesque, an astronomer at the University of Washington and an expert on the life cycles of red supergiants. "That's very much something we still need to learn."

"I honestly think that's why Betelgeuse is such a favourite target," she continued. "It's a very nearby massive star, and we know it is in the final life stage before it dies, so people have always kept one close eye on it."

If Betelgeuse does explode, we will be treated to a light show for the ages. For a few weeks, the star would be an incredibly bright dot in our sky, glowing strong enough to be visible by day and cast shadows by night.

"No one would be able to miss it when they looked up," Levesque said.

And once they saw it, no one would be able to forget it. Archaeological records, oral histories and written observations show that nearby supernovas leave an indelible impact on any human fortunate enough to witness them. A cave painting in New Mexico's Chaco Canyon is thought to depict the explosion that produced the Crab nebula in 1054. Half a millennium later, when a "new and unusual" star briefly appeared in the constellation Cassiopeia, Danish astronomer Tycho Brahe proclaimed it "a miracle."

Some scientists have suggested that nearby supernovas might do more than simply shine. The radioactive element iron-60, which is produced in huge quantities when a star explodes, has been discovered in rock layers on the ocean floor - a powerful suggestion that at least some debris from dying stars has made its way to our planet.

In 2016, in a pair of studies in the journal Nature, researchers examined these deep sea rocks in an effort to trace the iron back to supernovas. The evidence, the scientists said, points to two recent explosions happening within a few hundreds light-years of Earth; one that occurred between 6.5 and 8.7 million years ago, and another between 1.7 and 3.2 million years ago.

Coincidentally, these time frames overlap with periods when Earth's climate shifted and its inhabitants evolved. The earlier event corresponds with the end of the Miocene, when temperatures dropped and humanity's ancestors diverged from our chimpanzee cousins. The later one matches up to start of the last ice age and the emergence of our genus, Homo. Research suggests human evolution was prompted by climate change, and although there's no known link between supernovas and cold temperatures, it's conceivable that climate change could be prompted by radiation from exploding stars.

But this is largely speculation. Montargès and Levesque were both confident that an outburst from Betelgeuse, if and when it happens, will have no measurable effect on our planet. The red supergiant is not the type of star that produces high energy gamma radiation when it explodes. And it is distant enough that the only debris to reach Earth will be tiny neutrinos, detectable with none but the most sensitive scientific instruments.

If anything changes in the wake of Betelgeuse's dimming, it will be because humans decided to change it.

Montargès knows what change he is hoping for. According to a global survey published in 2016, an estimated one-third of people on Earth today - and 80 percent of Americans - cannot view the Milky Way. Unless steps are taken to combat light pollution, billions of people will live and die without seeing stars like the ones that created almost all their atoms. They will never know the lights that inspired our ancestors' stories, helped them tell time, pointed them in the right direction as they navigated the globe.

Perhaps none of us will get to see Betelgeuse go supernova. But maybe, just maybe, the fading light of this aging star can help humans find our way home.