The Lord of the Rings: The Rings of Power Episode 8 Trailer Sets Up the Season 1 Finale

Amazon might call it a trailer, but it’s more like a montage-like recap of what we’ve seen. 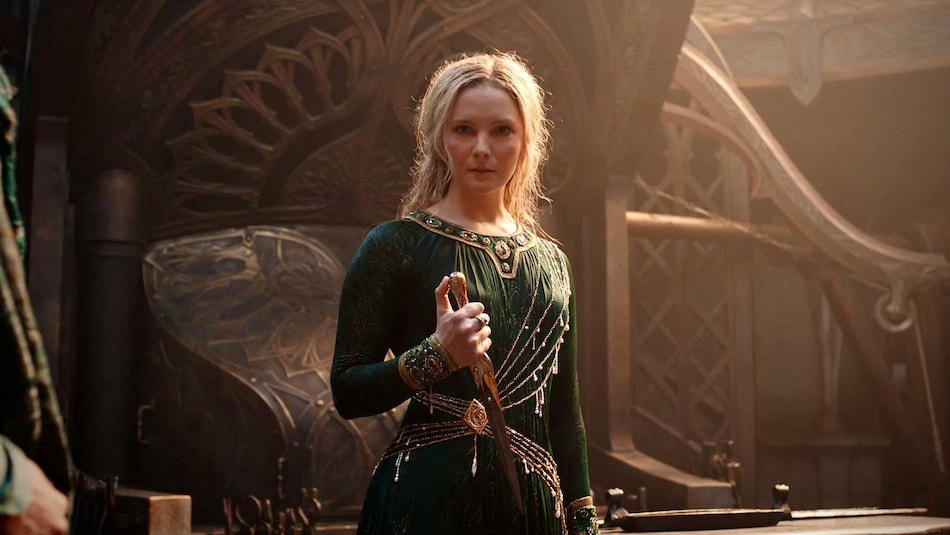 Morfydd Clark as Galadriel in The Lord of the Rings: The Rings of Power episode 8 trailer

The Lord of the Rings: The Rings of Power season 1 concludes this Friday, October 14, and at New York Comic-Con 2022 over the weekend, Amazon Prime Video unveiled a “trailer” for the eighth and final episode. I put the word trailer in quotes, because it's a stretch to call something a trailer when it's made up almost entirely of old footage. It's a naked attempt by Amazon to build up hype for the “season finale”, while also trying its best to give away nothing ahead of Friday.

The Rings of Power episode 8 trailer

“Soon, you will understand the power of the Unseen World,” an unseen character says via voice-over at the start of The Rings of Power episode 8 trailer, while we are shown footage from the start of episode 7. That is followed by dialogues and scenes from even earlier in the season, including Nori (Markella Kavenagh) trying to calm The Stranger (Daniel Weyman), Orcs shouting as they head to war, and river water falling into the abyss of Mount Doom.

“He was lost but shall return,” says the guy who plunged the dark fiery sword and awakened Mount Doom in episode 6. Off screen, someone says: “I am no God. At least not yet.” As we see more shots from older episodes — honestly, it feels misleading to call this a trailer for the finale — another unseen character adds: “You will be known at last for who you truly are, for you are Lord Sauron.” Title cards in The Rings of Power episode 8 trailer warn us of Mordor's rise and the fall of heroes.

The Rings of Power episode 8 trailer then takes us back even further, to the first two episodes. Are they trying to remind us of the journey? Because then the video should've been named in that fashion.

The only new footage here seems to come after the two-minute mark — after “the season finale” title card drops — and it's only for a few seconds. We see Galadriel (Morfydd Clark) in a new green attire and pondering as she holds onto a blade. “We are on the cusp of crafting a new kind of power,” the Elven smith Celebrimbor (Charles Edwards) — who disappeared for several episodes — says, not knowing the doom his creation will bring. After that, it's back to a montage of old scenes.

Meanwhile, The Rings of Power co-showrunner Patrick McKay has been teasing what to expect from the season 1 finale, in addition to commenting on the theory that Halbrand (Charlie Vickers) is Sauron. McKay said: “What I would say is, you know, Sauron's a deceiver. Sauron could be anyone and we always felt like it would be a waste to just have him be out in front at the beginning. If there was a story that would engage people, and let them lean in and let them read into things and have ideas and theories, that would be delightful and wonderful.

The Rings of Power episode 8 release date and time