Artificial Intelligence has been deployed worldwide to fight climate change. 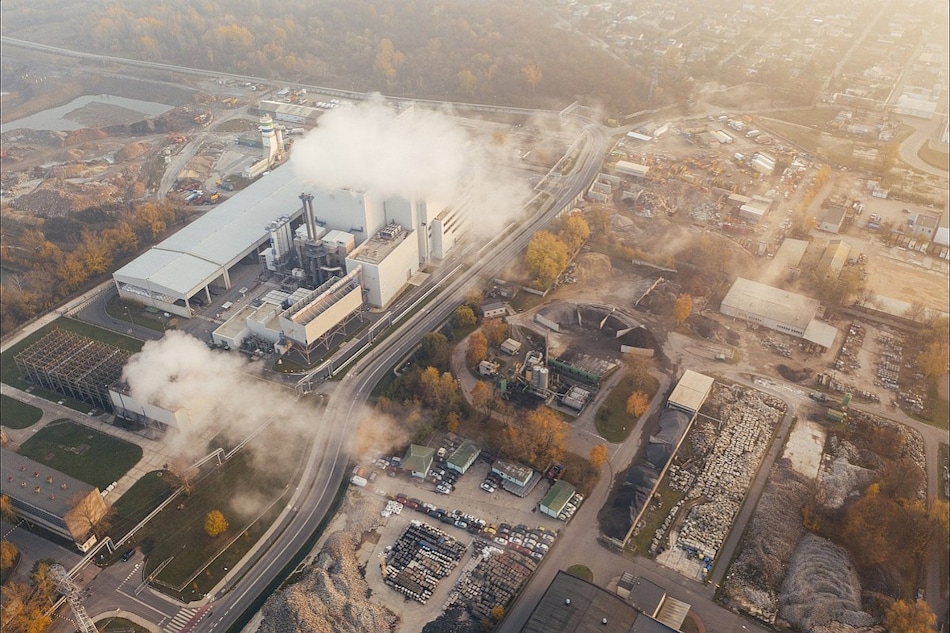 The help of Artificial Intelligence (AI) has been deployed by tech firms and NGOs worldwide to fight the climate change crisis. Gadgets 360 caught up with some, including the team at Sustainable Environment and Ecological Development Society (SEEDS) — a New Delhi-based NGO — and IBM India, to talk about their efforts to apply tech to mitigate the climate crisis.

Although big tech companies are now moving towards measures to become more sustainable Apple and Facebook have pledged to be carbon neutral by the end of the decade), a lot remains to be done, and this is one of the areas where artificial intelligence is making an impact.

With the UN Climate Change Conference that began in Glasgow on October 31, the discourse on the global climate change crisis is back in the spotlight. The 26th edition of the Conferences of the Parties (COP26) will go on till November 14 and will see global leaders, academic experts, and activists gathering to discuss how to contain the rise in global temperatures.

But while world leaders develop policies and long-term plans, we spoke to companies innovating on the ground to see how they can help contribute to change.

SEEDS developed Sunny Lives, an AI-powered disaster impact model that uses high-resolution satellite imagery to assess the risks of hazard at a hyper-local level. The Sunny Lives project has been executed in partnership with Microsoft and technology partner Gramener, and is being supported under Microsoft's global programme ‘Artificial Intelligence for Humanitarian Action'.

Mridula Garg, who is leading the Sunny Lives project at SEEDS said that Sunny Lives detects building footprints and then assigns them relative risk scores as values from 1 to 5. “The model takes into account the type of hazard say floods or heat waves, analyses the exposure based on geographic parameters such as slope and vegetation, and uses building classification as a proxy for the socio-economic vulnerability of the inhabitants. The relative risk score assigned after detecting the building footprints is used by our disaster response teams for prioritising families at highest risk,” Garg said.

During the application for an impending cyclone, satellite imagery is procured for Areas of Interest that are selected based on the cyclone's predicted path issued by the IMD. The Sunny Lives AI Model is then run for these areas to generate the risk scores.

It was clear to the team at SEEDS that the type of building played a significant role in predicting the effect of a disaster on it. For example, a concrete house and a thatched roof dwelling would face a difference in impact from a cyclone even when they are located next to each other. The model was developed from the desire to code this knowledge so that disaster risk assessment could be scaled widely.

The AI model was trained on 15,000 buildings from low-income, highly dense, and vulnerable settlements of Puri and Mumbai. The 15,000 buildings were tagged to build the training dataset for the AI inundation model. A similar exercise is now being done for the cities of Dehradun and Gangtok as the model is being adapted for assessing earthquake risks.

Sunny Lives was deployed at a scale for the first time during cyclone Yaas in May 2021. The model was run for Puri in Odisha, based on which SEEDS reached out to over 1,000 families that were identified as high-risk. Advisories were shared which outlined the steps to be taken in case of evacuation and also suggested low-cost measures to reduce

Garg said that post-disaster impact surveys highlighted that 97 percent of the families found the information useful and were able to reduce losses and take preemptive measures during the cyclone. “In addition, we have recently concluded around 1,500 ground truthing surveys in Puri which will help analyse and further improve the accuracy of the model,” said Garg.

An AI model like Sunny Lives provides an unending possibility to scale across urban geographies and is being adapted for multiple hazards. Deploying the model at scale through collaborations is the next key focus for SEEDS. “We have gathered a lot of interest from several state government authorities and are reaching out to many more. Our vision is to integrate the use of the model for climate change adaptation and disaster management in a way that the hyper-local risk of the communities is understood and pathways for their protection and resilience are put into practice,” Garg said.

Major companies around the globe have pledged to stop climate change. These companies are facing a challenge with quantifying their emissions and understanding the best way to mitigate the climate change crisis. In response to this, several tech firms have come up with solutions to help businesses prepare for and respond to climate risks.

IBM also recently brought out a suite of environmental intelligence software that uses AI to help organisations prepare for and respond to climate risks. The team from IBM said that the suite will help businesses which have deployed it to more easily assess their impact on the planet, and reduce the complexity of regulatory compliance and reporting.

“We wanted to make it easier for companies to both manage and to know about the risk affecting their business operations and to act differently in order to minimise the risks,” said Gargi Dasgupta, Director, IBM Research, India.

The suite puts existing weather data from various sources to use to collect and compile data. IBM said in its blog post that the suite is a Software as a Service (SaaS) solution designed to help organisations monitor for disruptive environmental conditions, predict the potential impacts of climate change, prioritise mitigation and response efforts, and measure and report on environmental initiatives. The IBM Environmental Intelligence Suite utilises the AI-driven innovations from IBM Research.

Shantanu Godbole, the technical lead of IBM's global research team, said that while assessing how technology would impact climate change, they focused on two areas — mitigation and adaptation. “Mitigation works towards helping organisations meet their net zero carbon emission goals, optimisation of their emissions, and making their business processes more sustainable,” he said.

Godbole added that the focus of their team in terms of adaptation was to help businesses adapt to extreme weather conditions. “Weather forecasting is done for upto one to two weeks into the future. No data is available on the scale of six months or three years down the line. That is a horizon that is an important opportunity area from a planning and decision making perspective. We feel enterprises need to have technology to help make decisions at those times,” Godbole said.