Facebook and other social networking sites can be therapeutic: Study 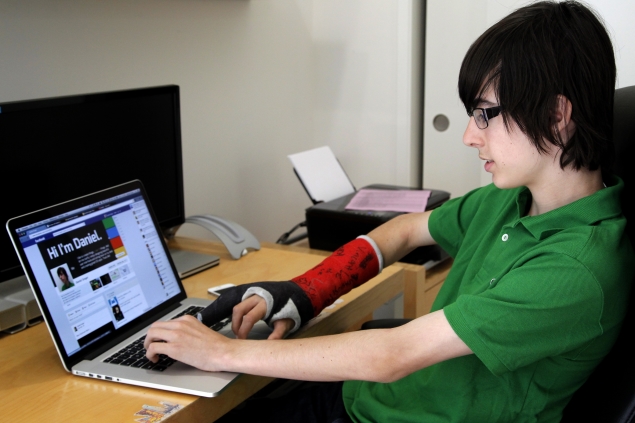 Writing on Facebook makes users reflect upon their actions, helping them understand and improve themselves, a new study has concluded.

Social networking sites can be a form of self-therapy, said researchers from Queensland University of Technology in Australia.

"Social networking sites invite people constantly to share their thoughts and actions with others, confess their wrongdoings and highlight their achievements," said Dr Theresa Sauter of the Australian Research Council (ARC) Centre of Excellence for Creative Industries and Innovation (CCI) at QUT.

"This turns these sites into tools for self-reflection. It's like keeping a diary, but it's more public, frequent and up-to-date. For users, it can become a therapeutic tool that helps them to discover how they feel and how they can improve themselves," Sauter said.

By posting about achievements, from cooking a good meal to being successful at work, users show that they are doing well in their day-to-day lives, the study said.

Conversely, when they publicly admit their mistakes through Facebook posts, they show an awareness that they've digressed from what is good, normal and ethical behaviour.

In doing so, users share their own reflections as well as inviting feedback from their friends and connections, the study said.

"However, this is not necessarily a conscious practice: it is a by-product of using Facebook regularly. While public self-writing was previously limited to an intellectual elite, social media technology now makes it accessible for everyone," Sauter said.

Sauter said posting more could encourage people to reflect more frequently on their own behaviour, even though they were unaware of it.

"Throughout their day, when people think about how they can portray an event on Facebook or Twitter, they are reflecting on what they have done and how that aligns with what is expected of them," she said.

"So writing on social networking sites is more than an outlet for narcissistic bravado or a way to express oneself and communicate with others.

"People can use these sites to work on themselves. It doesn't mean they create new personalities on Facebook, but rather that they understand and keep reshaping their own identity through self-writing," Sauter said.

The study was published in the journal New Media & Society.