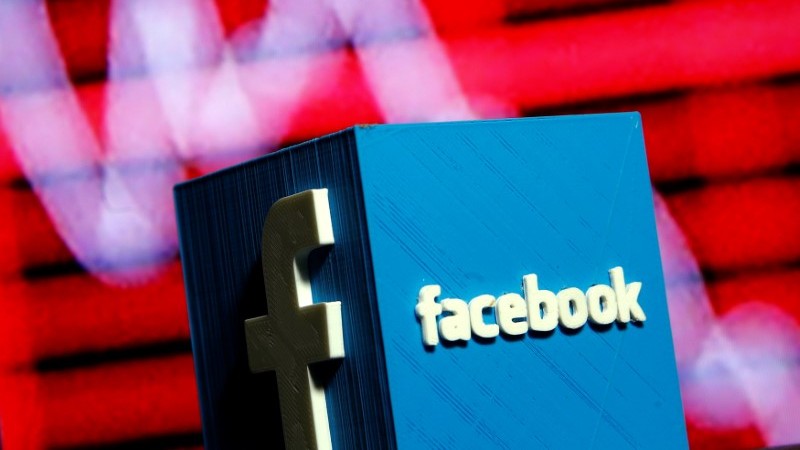 Thanks to the Cambridge Analytica scandal, people have started talking about privacy on the Internet, but Facebook is not the only one that's tracking you. Spend a few minutes looking at your Google My Activity page for a scary reminder about everything the company knows about you, and it isn't easy to leave either.

It's not just the big companies either - just about every app you have is spying on you. And even when an app isn't misusing your data, it's likely relying on third-party services to analyse that data, and at that point you have no idea what's happening to your information. But it's also an opportunity - for app developers to point out that they don't track data, and to occupy the “privacy conscious” niche that's been left wide open by the likes of Facebook, which just admitted that the data of almost all its 2 billion users has been scraped at some stage.

One such hopeful is VoxWeb - a voice-based social network, whose users can share photos with audio captions. With rising concerns from the public about data tracking, the company has decided to stop tracking its users altogether. "We were initially tracking user data for targeted ads - having more data is obviously more useful than having no data at all," says VoxWeb founder Yash Mishra. "But as things evolved around the world, we realised that there is an issue with data tracking. The data trackers will become data sellers eventually, and the data is ridiculously easy to get. The trust has been broken, and we decided, we are fine walking away from this."

VoxWeb believes that it's "audio-augmented photos" are a feature that can help it stand out from other social networks, and Mishra adds that even if the idea gets copied, it'll be validation for the company, and not a threat, because there's a "robust feature pipeline - it's not enough to have a single defining feature, look at how Instagram started copying Snapchat's features." But perhaps in a more privacy conscious age, being able to say, "we don't track you" might help it stand out more. Mishra says that non-targeted ads, e-commerce, and other avenues will take priority for VoxWeb.

Another social network from India, Roposo, also takes a similar view. The app claims to have 8 million monthly users, and is available in eight Indian languages, aside from English, with things like stickers also customised for regional users. Like VoxWeb, Roposo looks at other paths to monetisation, including virtual gifts, a digital currency to pay for goods on the network, and a marketplace for home-sellers.

"Every individual has the right to privacy in order to maintain and uphold some sense of individuality," says Mayank Bhangadia, CEO and Co-founder, Roposo. "Data privacy is extremely important and helps users to not be subjected to propaganda."

"For example, if a data firm gets to know why a voter would vote for a certain candidate and then show fabricated articles defacing the candidate’s stand on issues of national interest, the voter may change his decision," he adds. "With respect to the kind of data the application tracks, Roposo only follows the in-app activities of the consumer in order to improve user-experience. Unlike Facebook, we do not track a user’s location, his chats, or any other such data. Also, this data is only open to limited members of our team, simply because we respect our users' privacy."

Beyond such obvious use cases like social networks, there's also the larger question of how apps are using our data. As Abhay Edlabadkar, CEO of security company Redmorph says - "when a torch app asks for access to your contacts and the Internet" you have to ask what's going on.

It's Not Just Facebook, All Apps Are Scooping Up Your Data

"So step one is how do you profile every device and every app," he says. "When people are buying a smartphone, they look at how much storage it has, how much camera. They don't look at security. So is a Samsung phone better, or an Oppo or Xiaomi phone? What kind of apps are available installed and are they tracking me?"

"People should become more aware, but the users want it to just work," adds Edlabadkar. "Everything is more driven towards convenience. It's not that people aren't smart, but they lack the awareness that all these things are happening behind that large screen. Even trusted companies are doing this - if Facebook is capable of doing all this, imagine all the other unregulated apps."

App developers also have to start thinking about new routes to monetisation. For example, Galarm is a free app with no ads - it only takes donations. We asked Pradeep Singh, who's behind the app, how this was working, and he says that the goal for Galarm isn't to heavily monetise each user, but to demonstrate value such that an ecosystem player can pick it up.

"I have - knock on wood - done well in life and had a 20-plus year career as a network designer," he explains. "I did well and wanted to have a second career - and I'd seen the need for this app with my own family, so that's why I started with this, but I didn't need to aggressively monetise, and the one thing I was clear on was that I don't want to touch people's data. People should know it's safe and secure right from the start."

"Instead, I want to grow and make my app useful to many people, so that someone big, like one of the phone developers, or someone like Reliance Jio, takes an interest. So that they can integrate it into their service, and everyone can make use of the app. Jio has so many things - imagine if they launched a Jio alarm. Galarm is available in all the different International languages and it would be easy to do the same for Hindi and other Indian languages, so we can do it in a matter of days."

It's a lofty goal, and of course, not all developers will have the resources to sit back on monetisation in the hopes that perhaps a big company will come in with an offer. But Singh's stress on people knowing the app is safe and secure is telling of a growing trend, and hopefully it's one that's rewarded by a user-base that's generally more conscious of security, and not just a flash in the pan.