And how Hari Seldon is similar to his Chernobyl character Valery Legasov. 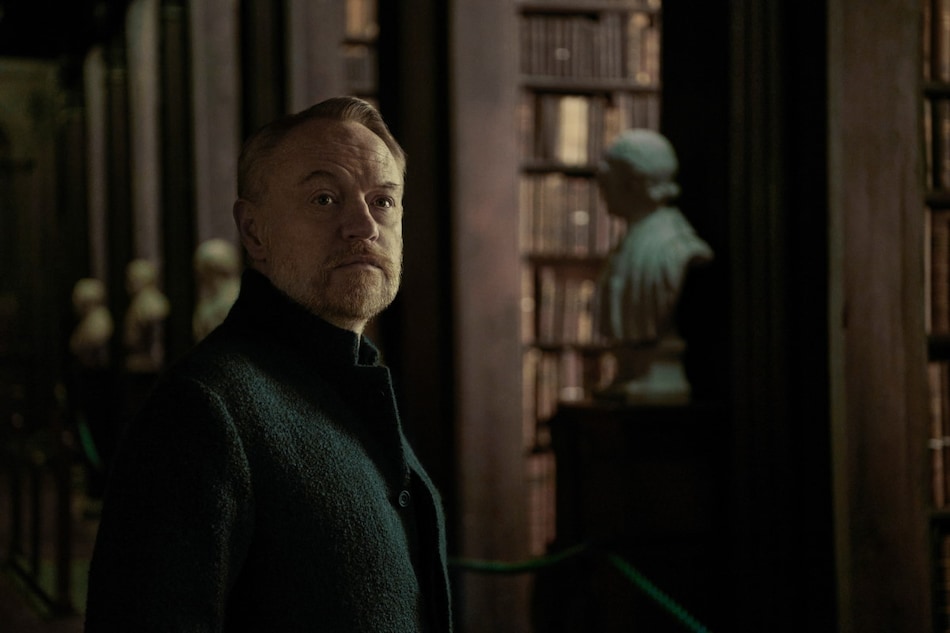 In Foundation, the Apple TV+ series that debuts September 24, Jared Harris plays the principal character of Hari Seldon, a mathematician who foresees the fall of a Galactic Empire that has existed for over 12,000 years. Naturally, the Empire is enraged and many of its subjects disbelieving. Even as Seldon does this by developing a theory of psychohistory — a concept coined by Foundation author Isaac Asimov — that combines history, sociology, and statistics. Seldon is essentially using math and science, but no one except his sturdy followers are interested. Harris thinks this isn't very different from how epidemiologists were ignored both before and after the COVID-19 pandemic hit.

“That fact is a truism that we continually ignore the advice of people who spend their life studying something that they're then able to give us a heads-up about,” Harris told a group of reporters over video conferencing last week. “And we make it very difficult for them to succeed. Well, I guess it's because we're afraid of that truth, and so we'd rather ignore it and hope that it doesn't come until it becomes impossible to ignore. I mean, I just feel like, as a race of people, we have this sort of 11th hour habit where we wait until the last possible moment to do something about it.”

Harris also acknowledged the comparisons of Seldon to his award-winning portrayal of Valery Legasov in Chernobyl, who warned about nuclear catastrophes much before the eponymous disaster. Harris said: “Sadly, [Seldon] is similar in that sense to Legasov, a long line of scientists who've made discoveries that were inconvenient to the power structure that would rather they shut up or disappear. And that seems to be a familiar story in the human stories. But Hari has decided that he more or less expects the resistance to his proposition. And he's planned for that, and he is going to try to construct a bridge out of this impending catastrophe, with or without the Empire's help.”

But what does Harris make of Seldon's use of psychohistory — how close are we to developing that field? The 60-year-old English actor thinks it's already happened: “One of the things when I was considering how to treat that idea, the proposition of psychohistory, that made it very easy to accept, was what Cambridge Analytica had done. I mean, they've taken massive sets of data and they've crunched it and they've been able to predict or manipulate the behaviour of individuals. So to me, it doesn't seem like such a giant jump than what Harry Selden is proposing.”