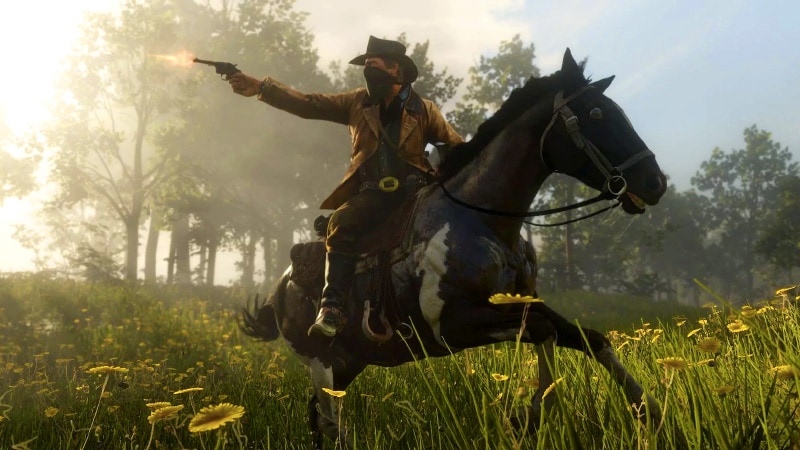 So many games, so little time. October represents the busiest period of the year for game releases, with an array of blockbusters releasing week after week. We have triple-A games releasing across platforms this month, so no matter what your gaming machine of choice is, you have something exciting to look forward to. For gamers, Christmas has really arrived a couple of months early. Here's what you can look forward to in gaming this October.

Assassin's Creed Origins was a breath of fresh air after the franchise's much needed break. Though it seemed that Assassin's Creed Odyssey would be carrying forth the same mechanics as Origins, it seems it's actually quite different in many ways. There are three different skill trees to help your character grow during the course of the game. This time you play as the character gender of your choice, and have romantic relationships accordingly. And of course, being the descendant of the Spartan King Leonidas, you have the signature "This is Sparta" kick as one of your moves in the game.

Just like clockwork, Call of Duty is set to release once again before the start of the holiday season, and this time it has substituted the single player campaign with a battle royale mode. As you can see in the video below, we've played the multiplayer beta extensively and our impressions have been largely positive. Let's hope the final release is gripping enough to keep the core players happy, and the casual players intrigued as well despite the missing single player campaign.

No one has been able to capture the old western theme in video games as perfectly as Rockstar did with Red Dead Redemption. With the Red Dead Redemption 2, it emphasises a lot more on the open world and an all-new protagonist you'll be playing as. There's also Red Dead Online that will go live next month, right on the heels of the success of GTA Online.

While WWE games have been edging more towards simulation in the last few years, it seems things are shaping up to be a little different this time. WWE 2K19 is faster and more fluid, which should help win back the fans that thought that the franchise was becoming just 'more of the same'. Of course popular gameplay modes such as MyCareer will make a comeback, complete with one of the best character creation systems in sports games. If you've been waiting for the WWE games to feel different, this could be it.

The Soulcalibur series was once revered by the fighting game community, until the subsequent sequels started being more of the same. Now the franchise is back after a long sabbatical and comes with a fresh reversal system that's a game changer in both the strategy and the swiftness of the game. Will old 'Soul' fans return? We'll find out this month.

Take the fighting system from Yakuza games, add some over-the-top gore from Mortal Kombat, and finally push-in the enemy volume from the Dynasty Warriors games — then you'll begin to get an idea what the new Fist of the North Star is about. The game is all action garnished with some quicktime events, and sprinkled with a story as well, in case you need the motivation to punch and kick your war through hordes of bad guys. If you've enjoyed Yakuza, this one could be right up your alley.

Mario's been having a good year, and before he makes his big appearance in Super Smash Bros. Ultimate, there's Super Mario Party to keep you and your friends occupied. With over 80 mini games and boardgames-like structure, this is could be a fun game that you can even play with your non-gaming family. Just make sure you have enough controllers to go around.

Want some free games? Of course you do! If you are a PlayStation Plus or a Xbox Live Gold subscriber these games are coming your way as well.

PS Plus free games for October 2018

What are you looking forward to playing this month? Let us know via the comments.