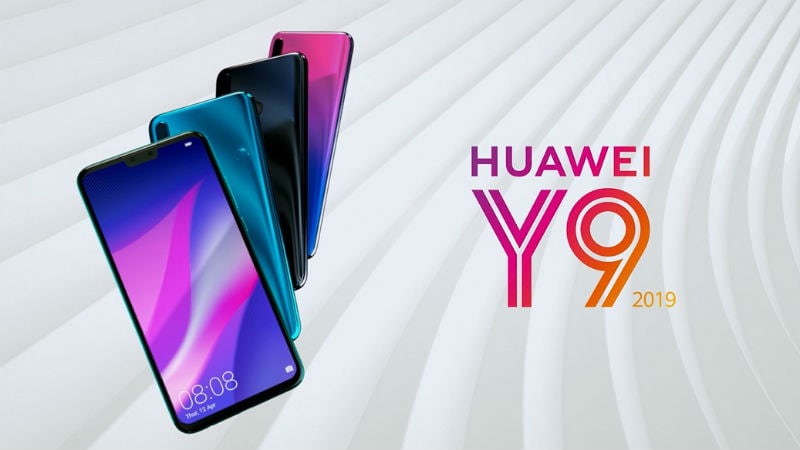 While the Huawei Y9 (2019) price is yet to be announced, the company has confirmed that the smartphone will be available in the market starting mid-October this year. Huawei claims that the new smartphone is aimed at the young generation "who favours gaming, photography, and entertainment." Notably, the Huawei Y9 (2019) may also launch as Huawei Enjoy 9 Plus in the Chinese market. To recall, the Huawei Y9 (2018) was launched in China as Enjoy 8 Plus. Popular tipster Evan Blass has leaked some of the specifications of the alleged Enjoy 9 Plus in a tweet.

The Huawei Y9 (2019) comes with Fingerprint 4.0 identification technology that is claimed to unlock the smartphone in 0.3 seconds. The upgraded fingerprint technology also includes fingerprint navigation that enables users to manage all the notifications with one key.

As mentioned, the Huawei Y9 (2019) may also launch in China as Huawei Enjoy 9 Plus. As per the leak by Evan Blass, the smartphone will run EMUI 8.2 and sport a 6.5-inch TFT LCD display with 1080x2340 pixels resolution. It will pack the same octa-core 710 SoC, paired with 6GB of RAM. The smartphone is said to be equipped with 128GB of inbuilt storage. It will reportedly be fuelled by a 4,000mAh battery.

Call of Duty: Black Ops 4, Assassin's Creed Odyssey, and Other Games Releasing in October 2018
Third-Gen Chromecast Up for Sale Even Before Release, Launch Expected on October 9