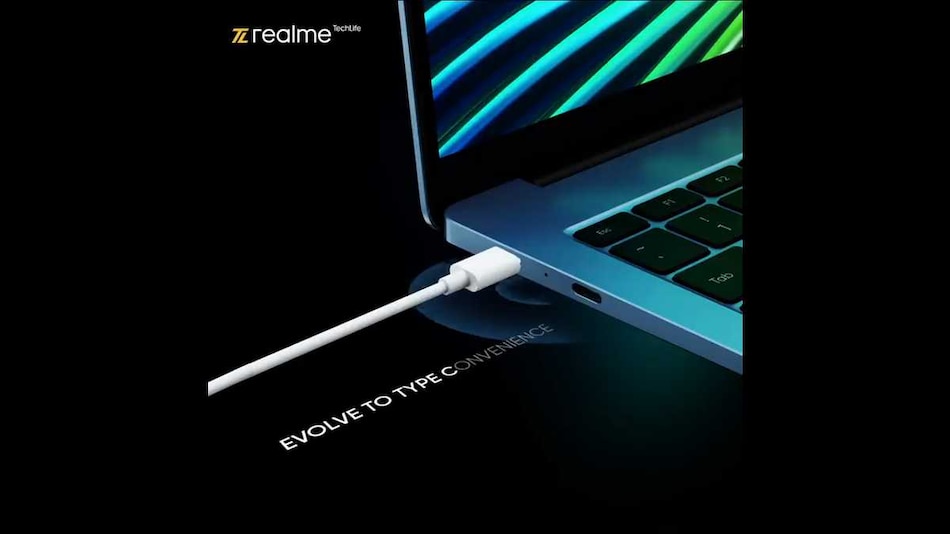 Realme India and Europe CEO Madhav Sheth shared on Twitter last weekend that “#realmeBook Slim will be a game changer!” confirming the name Realme Book Slim. More recently, a short teaser posted by Realme TechLife on Twitter revealed this model will support USB Type-C charging. The teaser also showed a secondary USB Type-C port on the left side of the laptop.

Sheth also tweeted an image showing a PC Connect feature on an upcoming Realme Book model and a Realme phone. While there was no explanation for the feature, it will likely allow users to interact with their Realme phones via the laptop i.e. get notifications, send messages, browse media, and more.

The laptop is said to feature a 14-inch 2K (2,160x1,440 pixels) display with peak brightness of 300 nits and blue light certification. Under the hood, it is expected to be powered by the Intel Core i5-1135G7 CPU with Intel's Iris Xe graphics. It may come with up to 16GB RAM and 512GB PCIe storage. The Realme Book Slim could have dual Harmon Kardon speakers, a triple microphone array, a backlit keyboard, and a trackpad with Windows precision drivers.

For connectivity, it is said to come with a USB 3.2 Gen 1 Type-A port, two USB 3.1 Type-C port with support for PD, and a 3.5mm headphone jack. The orientation of the ports aligns with the previous leak and an official image. The Realme Book Slim may be backed by a 54Whr battery that supports 65W fast charging and there could be a fingerprint sensor as well. The laptop is said to weigh just 1.3kg.

The report states it will cost upwards of Rs. 55,000. Since there is no official information available on the models or configurations in the Realme Book series, it is unclear if the Realme Book Slim will be a toned down or an upgraded version of the Realme Book, as suggested by the relatively higher price tag. The standard Realme Book has been teased in the past to start at Rs. 40,000.