Hotwav W10 is powered by a quad-core MediaTek Helio A22 SoC. 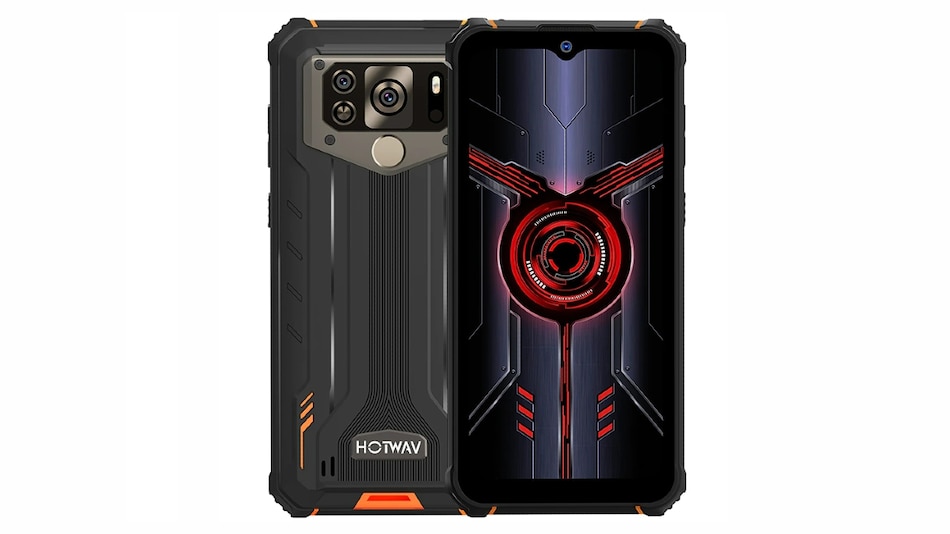 Hotwav W10 sports a 6.53-inch display with an HD+ resolution

Hotwav W10 rugged smartphone with military-grade durability and water-resistant design launched on Friday, June 24. Its standout feature is the 15,000mAh battery, which is claimed to have a standby time of up to 1,200 hours. This smartphone features a 6.53-inch HD+ display with a waterdrop-style notch for housing the selfie camera. Under the hood, it packs a quad-core chipset. The handset will go on sale starting on Monday, June 27. A limited-time promo offer will also be available that will significantly bring this handset's price down.

This rugged smartphone has a 6.53-inch display with an HD+ (720x1,600 pixels) resolution. The Hotwav W10 is powered by a Mediatek Helio A22 SoC coupled with 4GB of RAM and 32GB of onboard storage. It also supports up to 512GB microSD cards for storage expansion. In terms of cameras, the smartphone has a 13-megapixel dual rear camera setup and a 5-megapixel selfie shooter on the front.

The Hotwav W10 features a 15,000mAh battery, which is claimed to provide 28 hours of uninterrupted video playtime. The battery also supports 18W wired charging and reverse charging. It is MIL-STD810H-certified for offering military-grade durability. The handset is also IP68 and IP69K-rated for its water-resistant design. It features four satellite navigation systems — GPS, GLONASS, Beidou, and Galileo. For security, the smartphone features a fingerprint sensor on the back and face unlock technology.