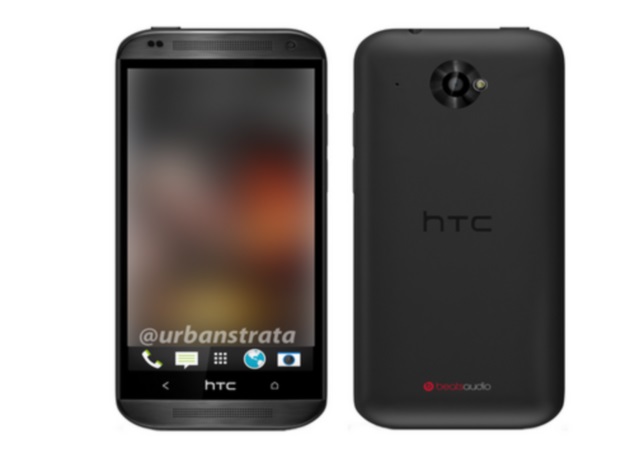 HTC has been in the news recently due to its inability to come the upcoming HTC One Max out of the leaks, but it seems the company is also working on a mid-range smartphone, the HTC Zara. The alleged mid-range smartphone, HTC Zara is no stranger to the rumour mills itself, having been spotted doing the rounds earlier.

Now a new tweet posted by the notorious @evleaks has revealed the design of the alleged HTC Zara as well as specifications of the device. The leaked image shows the front and rear panel of the yet to be announced mid-range smartphone from Taiwanese handset maker.

The images reveal that the HTC Zara will follow the same design language as the HTC One but will have a plastic body similar to HTC's Desire smartphones, which is how the phone was previously detailed as well. The image also shows what look like front-facing BoomSound speakers.

According to the tweet by @evleaks, the Zara is expected to sport a 4.5-inch qHD display with a resolution of 540x960 pixels. It is likely to sport an 8-megapixel rear camera and will be powered by a 1.2GHz dual-core MSM8930 processor. Other specifications include 1GB RAM, 8GB storage, microSD slot and 2,100mAh battery. The device is said to run on Android 4.3 Jelly Bean with HTC's Sense 5.5 UI on top, which is the highlight of the device, since this is the first time we've heard of an update to HTC's UI since Sense 5 shipped with the HTC One. The tipster also claims that the latest mid-range smartphone is slated for a Q4 debut.

It's worth noting that @evleaks has posted images of the HTC Zara with the watermark @urbanstrata, which is the Twitter handle of Jeff Gordon, HTC's Senior Global Online Communications Manager. However, Gordon took to Twitter to explain he had nothing to do with the leak, saying, "Welcome to my new followers. If you're here because u saw my Twitter handle watermarked in an alleged leaked image, yes, I'm being trolled."