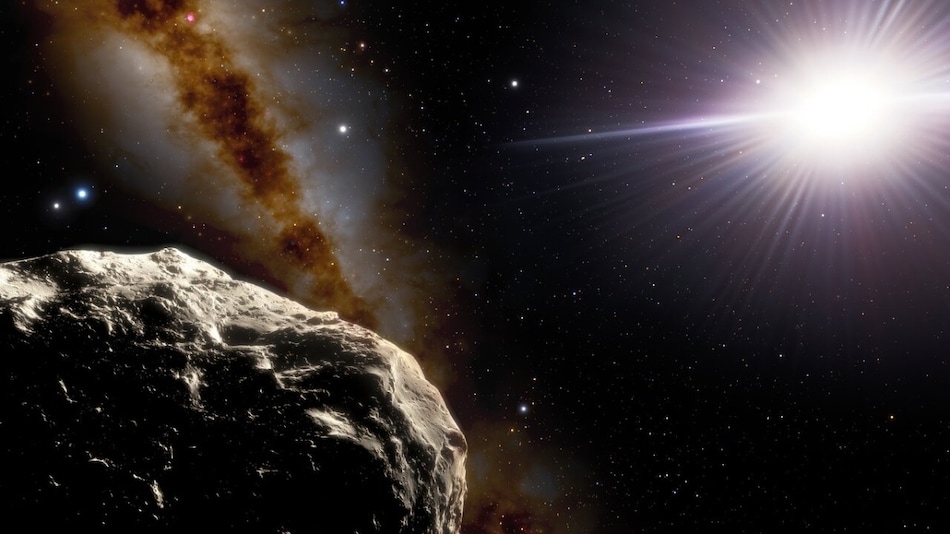 An illustration of the second Earth Trojan asteroid 2020 XL5

Due to the harsh glare of the Sun, astronomers, while searching for asteroids in space, point their telescopes away from the centre of the solar system. Most of the asteroid surveys are conducted at night and tend to scan the region beyond Earth's orbit for asteroids. A new study proposes that this method creates a blind spot and many of the near-Earth objects, which could be lurking in direct view of the sunlight from Earth, leaving them out of previous surveys.

While the conventional asteroid surveys might have missed out on some Near-Earth Objects (NEOs), new surveys are geared towards finding these celestial bodies in the Sun's direction during twilight.

The research, published in Science, has revealed that new surveys have successfully discovered some elusive asteroids that could not be spotted earlier. These include 'Ayló'chaxnim (2020 AV2), the first asteroid that has an orbit interior to Venus, and 2021 PH27, an asteroid having the shortest orbital Speriod known around the Sun.

Near-Earth objects are classified into distinct types where the most distant ones are called Amors. These asteroids hurtle in the direction of Earth but do not cross our planet's orbit. Apollos are another type of asteroids that enter Earth's orbit but have semimajor axes greater than our planet. Other types include Atens, which cross Earth's orbit but have semimajor axes less than that of Earth.

Atiras or Apohele, meanwhile, have orbits located toward the interior of the Earth and Vatiras' orbits are completely in the interior to Venus.

Most NEOs are dislodged from the main asteroid belt between Mars and Jupiter. According to the research, physical observations suggest that NEOs are like main-belt asteroids (MBA) with some of them being dormant comets from the outer solar system.

As it gets hard for an object to move inwards Earth once it crosses its and Venus' orbit, it is believed that there could be fewer Atiras than more-distant NEOs. Near-Earth object models have indicated that there should be less than one Vatira measuring roughly 1.5 kms in diameter, but more smaller ones could be present.

With the help of formation models and NEO survey efficiencies, astronomers have detected 90 percent of planet-killer near-Earth objects with diameter larger than 1 km.