The gigantic jet was observed to carry 300 Coulombs of electrical charge into the ionosphere or the edge of space. 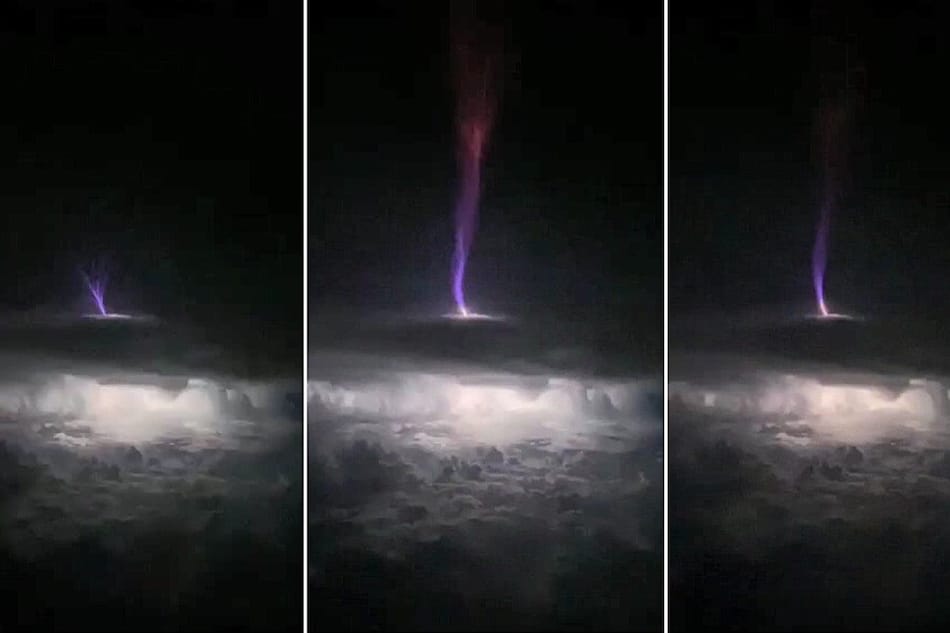 The electrical discharge occurred over a thunderstorm in Oklahoma, USA

Lightning remains to be one of the most intriguing natural phenomena that appear to tear up the sky while causing a striking blue flash. Most commonly, a lightning thunderbolt is seen hitting the ground from the clouds. However, now scientists have revealed that the process can occur in reverse motion too. Sometimes, thunderstorm lighting can strike upwards from the clouds and are called the gigantic jets. Unraveling the phenomenon, scientists conducted a detailed 3D study of the massive Oklahoma electrical discharge that took place on May 14, 2018. It is considered to be the most powerful gigantic jet studied so far.

While normal jets have less than five Coulombs of energy between the cloud and the ground, the massive jet was observed to carry 300 Coulombs of electrical charge into the ionosphere or the edge of space.

Levi Boggs, a research scientist at the Georgia Tech Research Institute (GTRI), said, “We were able to map this gigantic jet in three dimensions with really high-quality data. We were able to see very high frequency (VHF) sources above the cloud top, which had not been seen before with this level of detail. Using satellite and radar data, we were able to learn where the very hot leader portion of the discharge was located above the cloud.”

Boggs is also the corresponding author of the study published in Science Advances.

According to Steve Cummer, professor of electrical and computer engineering at Duke University, the VHF and optical signals confirmed that very high-frequency radio waves from lighting are emitted by streamers, small structures at the tip of developing lightning. “While the strongest electric current flows significantly behind this tip in an electrically conducting channel called a leader,” Cummer added.

It was observed that when the discharge shot up from the cloud top, the VHF radio sources were spotted some 22 to 45 kilometres while the optical emissions from the lightning leaders stayed near the cloud top at 15 to 20 kilometres altitude.