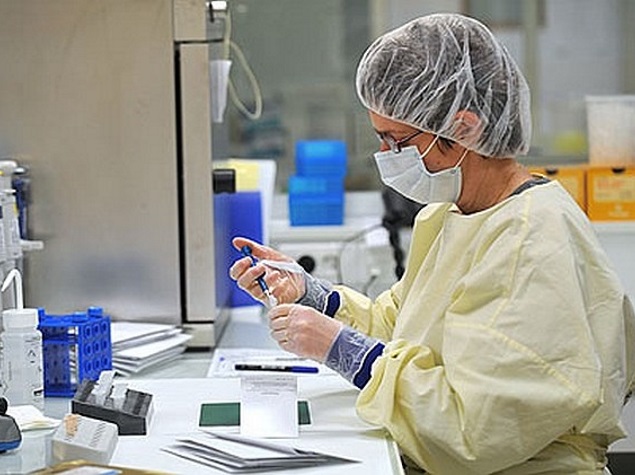 An implant of stem cells treated with an anti-cancer drug has been found to be effective against Parkinson's symptoms in mice.

The findings published in the journal Frontiers in Cellular Neuroscience could be an important step toward using the implantation of stem cell-generated neurons as a treatment for Parkinson's disease in humans.

Using a US Food and Drug Administration (FDA)-approved anti-cancer drug, the researchers were able to grow dopamine-producing neurons derived from embryonic stem cells that remained healthy and functional for as long as 15 months after implantation into mice, restoring motor function without forming tumours.

"This simple strategy of shortly exposing pluripotent stem cells to an anti-cancer drug turned the transplant safer, by eliminating the risk of tumour formation", said the leader of the study Stevens Rehen, professor at the Federal University of Rio de Janeiro (UFRJ) in Brazil.

Parkinson's, which affects as many as 10 million people in the world, is caused by a depletion of dopamine-producing neurons in the brain.

Several studies have indicated that the transplantation of embryonic stem cells improves motor functions in animal models. However, until now, the procedure was shown to be unsafe because of the risk of tumours upon transplantation.

To address this issue, the researchers for the first time pre-treated undifferentiated mouse embryonic stem cells with mitomycin C, a drug already prescribed to treat cancer.

The substance blocks the DNA replication and prevents the cells from multiplying out of control.

The researchers used mice modelled for Parkinson's. Unlike the control group, animals receiving the treated stem cells showed improvement in Parkinson's symptoms and survived until the end of the observation period of 12 weeks post-transplant with no tumours detected.

Four of these mice were monitored for as long as 15 months with no signs of pathology.

Furthermore, the scientists have also shown that treating the stem cells with mitomycin C induced a four-fold increase in the release of dopamine after in vitro differentiation.