Sachin Saga Cricket Champions for Android and iOS: Here's What You Can Expect 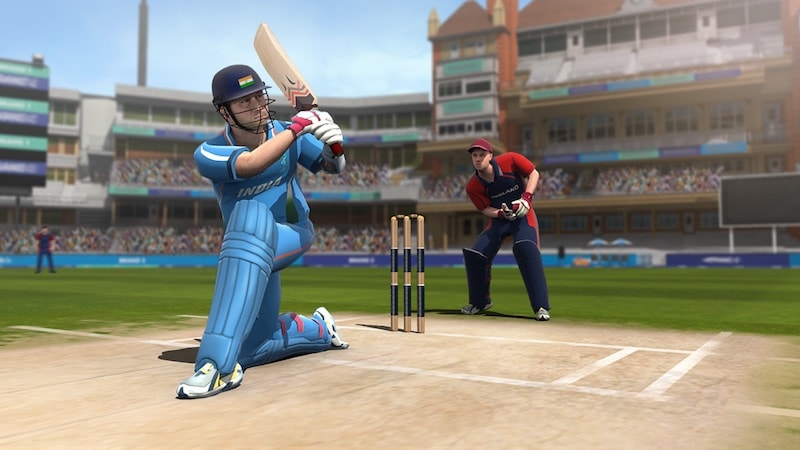 When we were told that Sachin Saga Cricket Champions for iOS and Android is a game that claims to be of ‘console quality’, we were sceptical. Most smartphone titles made in India aren’t exactly of any discernible quality or standard. At times they’re more ads than games. But having tried Sachin Saga Cricket Champions first-hand, we can safely say that it feels different.

Sachin Saga Cricket Champions’ gameplay is exceedingly simple. Swiping anywhere on the screen allows for a plethora of shots - 28 to be precise - depending on where you swipe. Another gesture lets you come down the track too. It’s something we’ve seen in only a few other cricket games, like World Cricket Championship 2.

Batting in Sachin Saga Cricket Champions felt responsive and fluid. There’s not much of a learning curve compared to other titles on the market in terms of connecting with the ball and you’ll be hitting boundaries before you know it. It works as it should - responsive controls that are complemented with smooth animations. There’s a sense of intuitiveness that appears to make it the kind of game you could play for hours.

While the difficulty may be skewed towards the easier side of the spectrum, we won’t be surprised to see this change to be better balanced when the game is released on November 16. Much like every free-to-play title on Google Play, it supports an assortment of premium and in-game currencies as well as energy bars to limit the amount you play without paying, or at the very least, checking out an ad. How progression in Sachin Saga Cricket Champions works out will be a point of interest when the full game is available.

Compared to its contemporaries like Real Cricket - which are packed with features and modes such as a multiplayer and auctions - Sachin Saga Cricket Champions will launch with just a career mode, allowing you play matches across the Master Blaster’s career. These include moments like his 1989 test cricket debut and 2011 World Cup.

Publisher JetSynthesys tells us that Tendulkar himself had a hand in deciding which matches made the cut, as well as designing how certain elements such as the pitch conditions and stadium atmosphere play out in order for them to be representative of their time period.

Game design concerns aside, the visuals - at least on a smaller screen appear to be in line with the marketing spiel of being a console quality product. When the game was cast on a 42-inch HDTV via an Android tablet, it looked more like PS2 game from the end of the console’s lifecycle - jagged edges and bland textures galore. But the benefits of being on a smaller screen are clear as it allows for a sharper, crisper experience that benefits gameplay.

Perhaps the most interesting facet to Sachin Saga Cricket Champions is the development roadmap. The game is far from feature-complete at launch. In fact, it will launch with batting alone. Bowling will be added later as would multiplayer, which could be real-time or asynchronous. That’s something JetSynthesys has yet to take a call on.

Before that, you can expect a card collection mechanic not too dissimilar to Real Cricket and ICC Pro Cricket. It appears that every Indian game studio appears to be reading from the FIFA Ultimate Team playbook. And while this implementation has been met with mixed results in the past, hopefully JetSynthesys decide to do this in a fashion that benefits the game rather just being there for the sake of it.

Sachin Saga Cricket Champions is out on November 16 for Android and iOS. Stay tuned to Gadgets 360 for the full review.