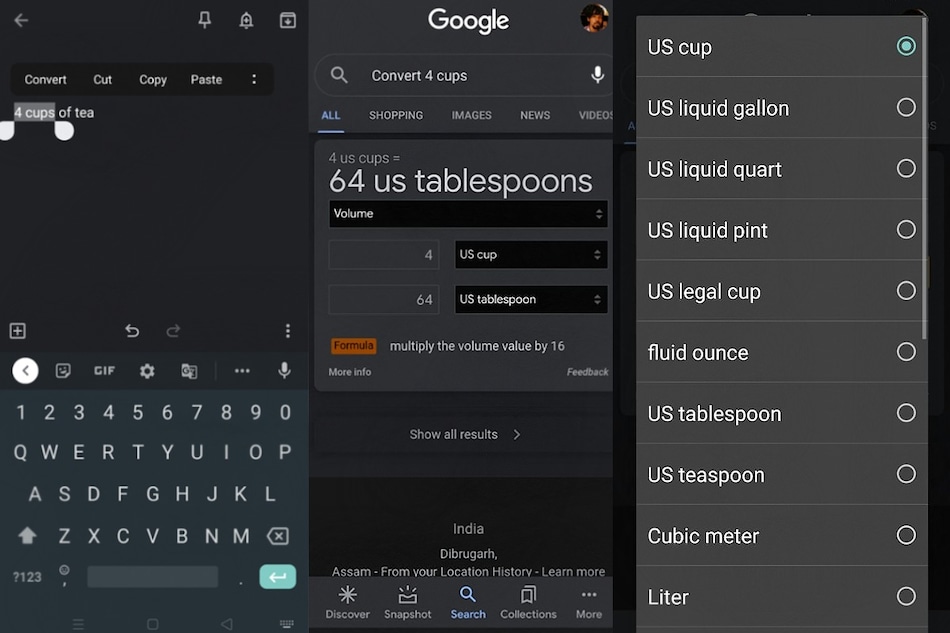 Android's Smart Text Selection tool can now carry out unit conversions. If you select part of a measurement, it will automatically select the full measurement, with the number and the unit, and a button offering to convert it will pop up. This will lead to results on the Google app, where you can select the unit you want to convert to. However, the feature doesn't appear to have rolled out to all users as of now.

According to Google's Issue Tracker, unit conversion is supported on Android 9 and above. Currency conversation has also been added to Android's Smart Text Selection tool.

As per a report by Android Police, the unit conversion feature on Android's Smart Text Selection tool is faster than the process of having to manually copy paste to do the conversion in another app. The report adds that the feature works on units such as length, volume, and currency. Users are required to select the units they want the text to be converted into. It redirects them to results on the Google app. While users still must select the units that have to be converted, this new feature could save time and result in faster work.

The Smart Text Selection tool lets users pass content between apps without having to manually copy paste. It works for phone numbers, addresses, and other such content.

While it is unclear when exactly the feature rolled out, it seems to be a recent addition to the Smart Text Selection tool. It could have been in testing for a while, since the report mentions that a user spotted it back in July.