The new features will roll out to all Files app users over the next few days. 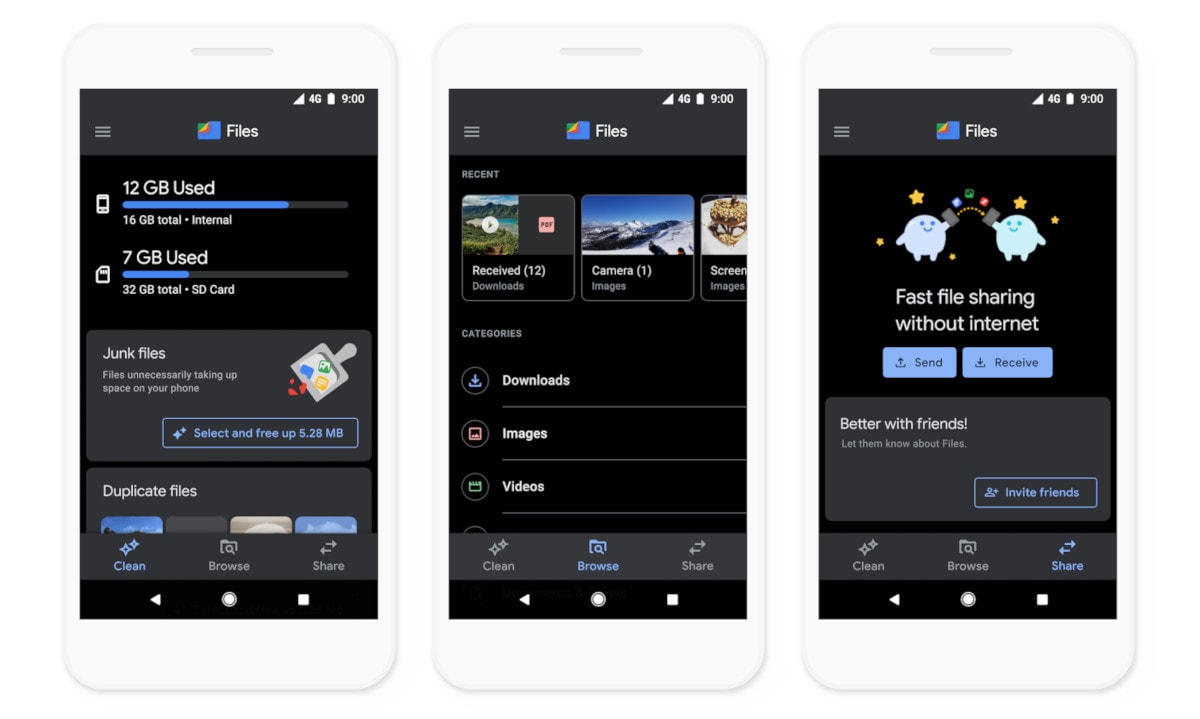 Files by Google app is getting two new features as the company revealed that 100 million people are using the app every month to manage files on their Android phone. Files by Google was originally launched in 2017 as Files Go to allow users to easily manage files on their phones. The key feature of the app has also been its ability to clean up space on a phone by deleting unnecessary files, including old photos and memes from chat apps, duplicate files, unused apps, cache, and more.

In a blog post, Google on Thursday revealed Files app is now getting a dark theme option. This all-black theme will help preserve the battery on phones with OLED screen and reduce eye strain. The dark theme can be enabled by going to Settings in Files app. Additionally, the Files by Google app is getting improved media controls for offline playback. There are new controls for Skip, Rewind, and Fast-Forward.

The new features will become available to all Files by Google users over the next few days. If you don't already use the app, you can download it via Google Play Store. The app is just 10MB in size and works with Android devices running version 5.0 or above.

“Forwarded messages can cause duplicate files and memes to quickly eat up phone storage. Around the world, Files helps people delete more than 300 duplicates and 150 memes every second—the app is able to quickly find and suggest files for removal using Google's mobile vision technology,” Tomas Vorel, Growth Manager, Next Billion Users, wrote in the blog post.

Facebook's Acquisition Practices Being Probed by US FTC: Report
Vivo Mystery Phones Spotted on Geekbench With Up to 4GB RAM