With the rise in ‘fleeceware’ apps, this new method looks to offer users all subscription details before the app is installed. 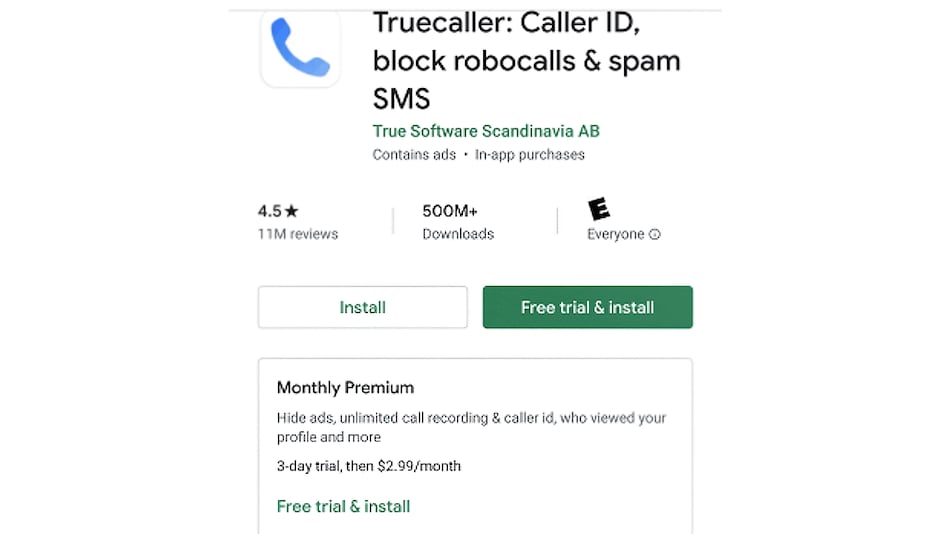 Google confirmed to TechCrunch that this feature has been given for testing to just a few developers for now. The feature enables an additional button right next to the ‘Install' option on an app listing on Google Play store. This new ‘Free trial and Install' button lets users purchase the app's subscription and even its free trial. The report says that the functionality is possible due to the recent introduction of Android Billing Library version 3.

Right below the ‘Free trial and Install' button on the app listing page in Google Play, there is a small dialog box that provides all details about the app's subscription. It informs the user of the duration of the free trial, when it will end, and the cost for using the app's premium features once the trial period ends. The dialog box also details the premium feature set that the subscription brings along, allowing users to make an informed decision before they pay up.

A host of fleeceware apps continue to plague app stores looking to dupe consumers through tricky subscription tactics and complex cancellation procedures. With this new feature, Google looks to bring more transparency for consumers before committing to download the app or pay for the premium features.

This new feature could help developers attract more valuable paid subscribers and reduce requests for refunds. There is no word on when this feature will be available broadly.