Zomato CEO is advised to allot majority shares in Zomato to its delivery workers since he called them "partners." 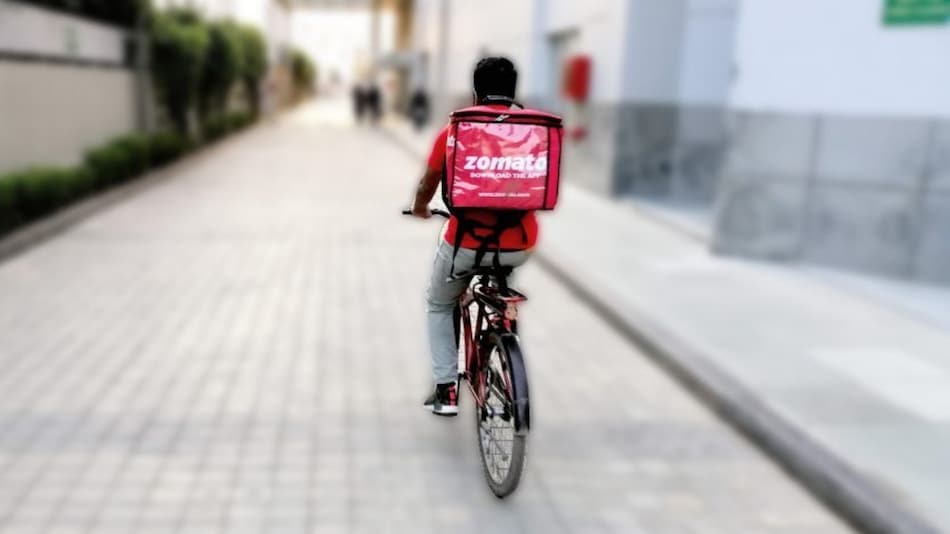 Zomato has not yet responded to a PIL filed by the workers' union last year, said the union leader

Zomato CEO Deepinder Goyal's move to donate all his employee stock option plan (ESOP) proceeds worth Rs. 700 crore to aid its delivery workers has been called "a ploy to divert attention" from the recent worker protests by a Telangana-based workers' union. The union said it was an attempt by the executive "to save the tarnished image" of the food delivery company. Goyal informed Zomato employees about the update through an internal announcement last week.

The Zomato executive said in the announcement on Friday, a copy of which is with the Gadgets 360, that he was granted with the ESOPs worth Rs. 700 crores that he wanted to donate towards the Zomato Future Foundation (ZFF) that would "cover education of up to two children of all Zomato Delivery Partners, up to Rs. 50,000 per child per annum on actuals (above a certain service quality benchmark) who have been on our fleet for more than five years." He added that the given amount would go up to Rs. 1,00,000 per child per annum if a delivery worker completes 10 years with the company.

"Service thresholds of 5/10 years will be lower for Women Delivery Partners. We will also have special programmes for girl children and introduce 'prize money' if a girl completes 12th grade, as well as her graduation," he said.

Goyal also promised to offer higher education scholarships over and above the decided limits for children with "higher performance and potential educational and livelihood support" for the families of Zomato's delivery workers — irrespective of their service tenure — who "meet with unfortunate circumstances such as accidents" while on their job.

Shaik Salauddin, Founder State President of Telangana Gig and Platform Workers Union (TGPWU), criticised the move by Goyal and said that the "sudden concern" was aimed to divert focus from the outrage the company is facing in several cities for underpaying workers.

He said in a prepared press note that delivery workers needed to be protected by labour legislation and not Goyal's charity.

"If Mr. Goyal is indeed so concerned about the children of his ‘partners', how about ensure that every delivery worker, irrespective of the years spent at his company, is entitled to a living wage, does not overwork, has a social security net, and is covered under compensation laws when they suffer disability or death on the job?" he said.

He added that the executive would not take the suggested steps as it was "cheaper and image-saving exercise" to set up a foundation to meet education expenses of the children of a few delivery workers who had worked for more than five years and 10 years.

Salauddin questioned Goyal to reveal the exact percentage of the delivery workers who have remained with Zomato for five years or more. Gadgets 360 also asked the company to reveal the exact percentage of its delivery workers who have been a part of its fleet for at least five years and will update this space when the company responds.

"While we're at it, how about you also make public all the delivery workers who have died on the job or suffered disabilities and the compensation you gave them. How about instead of ensuring lives for 5 lakh rupees, raise it to 50 lakh rupees for all partners?" Salauddin asked.

The union leader also stated that the children of delivery workers would be happier if Zomato did not cheat their parents and treated them like human beings.

"Children will be more grateful to see their parents at home in the evenings, or to spend time with them during weekends, experiences unknown to many children of your 'partners' because their parents have to spend most of their waking day trying to make a living because you incessantly find ways to cut their earnings," he said.

Salauddin also advised Goyal to allot majority shares in Zomato to its delivery workers since he called them "partners."

"Maybe that would be a better way to convince us that you care for your ‘partners'. It is after all their unpaid and underpaid labours which have created wealth for you and your company," he said.

In his communication, Goyal noted that the Zomato Future Foundation would be open to donations from other Zomato employees.

"We are also going to explore other fundraising opportunities for the ZFF. We will also set-up an independent governance board for the Zomato Future Foundation," he wrote.

Last year, the Indian Federation of App Based Transport Workers (IFAT) where Salauddin is the National General Secretary filed a public interest litigation (PIL) in the Supreme Court to demand social security benefits for app-based transport and delivery workers.

Salauddin said that Zomato had not bothered responding to the litigation that demanded rights and legislative protections for delivery workers.