The Netflix of Apps Is Coming - Are You Ready? 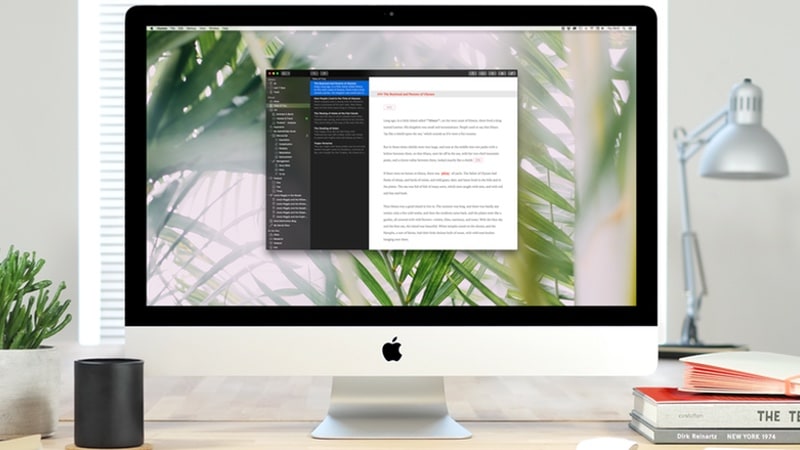 Would you pay Rs. 45,000 to own Adobe Photoshop or would you rather shell out around Rs. 750 per month for it? These days, more and more developers think that the subscription model is a better option. They say it allows for regular income instead of one big spike at launch day, and much less until they launch the next big version. However, the subscription model also means that users lose access to the app the moment they stop paying the subscription fee.

Software companies, big and small, don’t want you to pay a huge sum to buy their products. From the likes of Microsoft and Adobe to independent developers such as Agile Bits (makers of 1Password) and Ulysses, lots of companies are switching to subscriptions as a model of supporting their apps.

In fact, the paid up-front model for software has slowly been going away for some time now. Already anyone who uses the App Store or Google Play can clearly see that the free apps with in-app purchases, or subscription-driven apps are the ones that earn the most amount of money. Could we eventually reach a point where subscription is the way to go for all kinds of software?

Services such as Setapp already do that - Setapp lets you pay a monthly fee to download and use a whole bunch of Mac apps. This covers a whole range of apps - from writing apps, backup and maintenance tools, to financial management tools. Instead of paying multiple subscriptions for every app, you pay one slightly larger monthly fee to access all of them. The idea is great and as long as a few of your favourite apps are in these bundles, they'd offer better value than buying or even subscribe to them separately. Perhaps in the future we could see the likes of App Store or Google Play offering a buffet of apps at a reasonable subscription price. The Netflix of apps, as one would say.

Back in the old days, you would pay up-front and you “own” that version of software. The problem with that model is that developers are expected to keep supporting apps even after release, and although the user might stop paying after day one, the developers must dedicate resources to successful apps even a year or two down the line. Consumer software is becoming a service, and this is reflected in the changing pricing models.

Last week, Ulysses, a popular text editor on Apple’s platforms moved to a subscription pricing model. Until then, Ulysses was available for purchase separately on iOS and macOS. Buying both apps would have set you back by around Rs. 6,000, unless you waited for a rare discount. The developers, however, felt the premium paid up-front model was unsustainable and have now switched to subscription pricing.

Initially, I was angry. I couldn't understand why a premium app that costs so much is switching to a subscription model. I paid for the app just around eight months ago, and I wanted to know why the developers seemingly left me with an app that won't get any updates.

The Ulysses team explained its decision in a detailed blog post and it turns out that despite the relatively high initial price, and a largish user base, the app still wasn't making enough money to keep development going.

When the developers released a big update they could charge a premium price leading to a large spike in revenue, but after that the app wasn't earning enough to meet the app's development costs.

Subscription pricing allows app developers to not worry about saving up big features for the next big version number update. Instead, new features can be released as and when they are ready. A good example is a new feature of 1Password that automatically copies one-time passwords to the clipboard and removes them once you're done pasting them in the field.

Normally, this would perhaps have been reserved for a big version number update (encouraging users to pay and upgrade), but since 95 percent of 1Password's revenues come via subscription pricing, the developers can afford to release important features without delay.

If you look at the sales figures for iOS devices and Macs, you’ll notice that there hasn’t been much of a spike in the number for the last few years. Once you reach an astounding number such as 200 million iPhones sold every year, it is hard to grow sales by huge margins. This also means that there aren’t that many new users for premium apps to target. The paid up-front model is sustainable only if more people keep buying the app and that clearly doesn’t work for many companies.

With this in mind, the Ulysses argument makes sense. However, the danger in developers switching to a subscription model is a backlash from their users. Quite a few of us won’t switch to the subscription model and write negative reviews on app stores. There's also the possibility of lost users - those who use an app like Ulysses every single day would probably hop on to the subscription bus, but others might not. A subscription is usually cheaper than buying outright, but some people don't like recurring expenses.

In case of Ulysses, the situation is not so bad for those who were using the app. With the subscription pricing in place, you’d be paying Rs. 1,800 per year for both the macOS and iOS apps, instead of spending Rs. 6,000 if you bought both apps. And the developers will be able to release new features more quickly, rather than waiting on sporadic bursts.