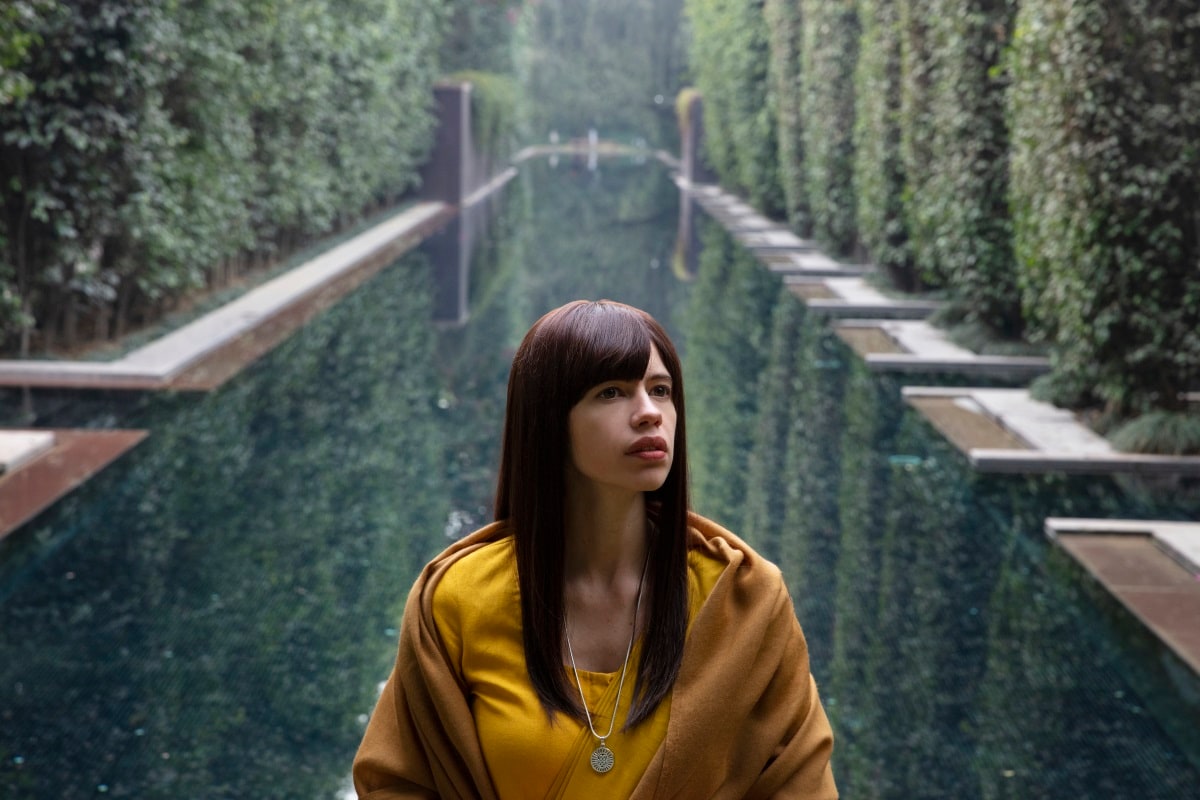 “They are opposites, in terms of their style,” Kalki Koechlin tells Gadgets 360. “Anurag [Kashyap] is very chaotic and kind of spontaneous. You know, he'll change things at the last minute, you have to be ready for that with him. With Neeraj [Ghaywan], he's very calculated. Everything has to be planned, everything needs to be like pre-set.”

The India-born French actress is talking about the two directors for the second season of Sacred Games, Netflix's first Indian original series, which is set to return on August 15. Koechlin — best known for her roles in films such as Margarita with a Straw, Dev.D, and Yeh Jawaani Hai Deewani — is one of several new elements on Sacred Games 2, in addition to Ghaywan among others.

In the second season, Koechlin plays Batya Abelman, a wholly new character who is not part of Vikram Chandra's 2006 novel that the show is based on. Created by the writers, Batya is a long-time follower of Guruji (Pankaj Tripathi), the spiritual counsellor and advisor who had a cameo in the first season of Sacred Games and has a big role in the second. Koechlin's character will be seen in both time periods of the show, as the gangster Ganesh Gaitonde (Nawazuddin Siddiqui) and Mumbai police officer Sartaj Singh (Saif Ali Khan) find their way to Guruji for varying yet similar reasons.

Incidentally, Koechlin has a connection to a guru herself, thanks to her parents' devotion for Sri Aurobindo. But she says she didn't purposefully look back, though she admits it might have subconsciously played a part: “I grew up with meditation centres. I grew up with these kind of communal workshops on how to better yourself as a person. And listening to long stories, lectures. Everyone thought they were a guru. It wasn't just the guru, it was everyone. So I know what that feels like.”

Can Sacred Games 2 Live Up to Its Billing as India's Narcos?

Getting back to Kashyap's spontaneity, Koechlin brings up that Batya's creation of origami birds on Sacred Games 2 was a direct result of the director seeing her do that on set. Initially, “he wanted to use this typewriter because he thought she'd be like Guruji's secretary. She'll be constantly keeping a record, but then that wasn't working out just because of the scenes that we had with Guruji. So that was dropped. Then he saw me doing my origami birds. He said, ‘We're going to use that.' And now there's origami birds throughout the show.”

“In a way, their personalities fit what they're directing, because Anurag is directing [Ganesh] Gaitonde, who is chaos, complete chaos,” Koechlin continues. “And Neeraj is directing Sartaj [Singh], the guy who goes by the book, who does the right thing. And actually, Batya too. She goes from, you know, wanting to be this rebel, to this calm, quiet ‘I know the answers to life' kind of person. [The two directors] matched that for me.”

While some actors cross over between the two storylines, the directors didn't do that at all during filming on Sacred Games 2. They didn't even discuss what the other one was doing, Kashyap says. Ghaywan — best known for the award-winning film Masaan — notes the only bit of mutual collaboration during production was how the scenes he shot with Sartaj would flow into the scenes involving Gaitonde, and vice versa. In the first season, the Gaitonde storyline spanned multiple decades, while only 13 days passed on the Sartaj front.

“In fact, we have opinion on each other's sequences on the edit table,” Ghaywan adds. “And also, on the show actually, with the second season, even the timelines kind of merge. Because you've seen that wide expanse of number of years. And he has the luxury of the time expanding to so much, so many years apart, and I am stuck with 12 days.”

“It's more difficult for the Sartaj chunk,” Kashyap chimes in. “I can play around. But they have to be very precise. We are like two different galaxies.”

Waiting for Sacred Games 2? Netflix Has a Lot More to Offer in August

The bigger thing for Ghaywan was understanding and working in the world given to him by showrunner Vikramaditya Motwane, who served as director on the Sartaj track in Sacred Games season 1. Ghaywan took from over Motwane with the latter wanting to focus solely on showrunning.

“I had lot of apprehensions because I'm not tuned to that kind of visual storytelling,” Ghaywan tells Gadgets 360. “In my first film Masaan, it was pretty simple, pretty basic block shooting. And Vikram had set the tone for the season one where it was shot on anamorphic lenses and the constantly-moving-cameras shooting style was there. I've not done that before, so I had to do a lot of homework.

“I sat with [Motwane] for a lot of time, understood the characters' background. Even [Sartaj's] background, we took a lot of time to arrive at together, because he sort of opened a character then. And I had to go back and create a past. And [Sartaj is] emotionally wrought and emotionally overwhelming. So that task I took on board and, you know, that was a good synergy to actually draw up on.”

For Motwane, being freed from his directorial duties allowed him to bring more objectivity to the material that was coming in, he says. Additionally, the Sacred Games showrunner got to spend more time with the writers before they began production on the second season, which he notes helped immensely. Especially during a crucial last month, when otherwise he would have been busy doing location recce as a director.

“If there's no showrunner who's a dedicated showrunner, I felt that in season one that it started to disappear a little bit,” Motwane adds. “Like you're struggling to communicate. I'd be on a tech recce and in the middle of that, I'd be calling Varun and saying, 'Yaar, woh episode 8 ka woh wala scene [Hey, that scene in episode 8]'. It helped that way. It streamlined the process. We got into editing much quicker. Even before we finished shooting, our first couple episodes were almost close to locked.

And that quicker process is important on a series, Motwane explains, since you only have a year to create eight hours' worth of content from start to finish. “We take more than that for feature films. And here, you're talking about at least three times more material.”

All You Need to Know About Sacred Games Season 2

Grover says they knew that characters would form the bedrock rather than the plot, and hence, they tried to improve on existing characters and include better ones on the second season. Part of that meant giving every character their own backstory, which Koechlin concurs with, noting Grover gave Batya “a very interesting background”.

“[It] was about where she's come from, and basically her mother's Palestinian, her father's Jewish,” she says. “They married, they had her, and then they split, obviously, because of their different political views. And her house fell apart. She grew up as a rebel, running away from home. That gave me a real solid background for why she's come to this random ashram, why she's so in awe of Guruji, why she needs a home and a religion to hang on to.”

Koechlin adds that Khan told her as much, “how having this backstory to [Sartaj] makes such a difference. I would just say generally that in season two, everyone seems to have a lot more psychological backstory, influencing their choices. I think the second season is more the ‘Sacred' and first season's more the ‘Games'.”