OnePlus has confirmed the India launch date for the upcoming TV 50 Y1S Pro on July 4 at 12pm. 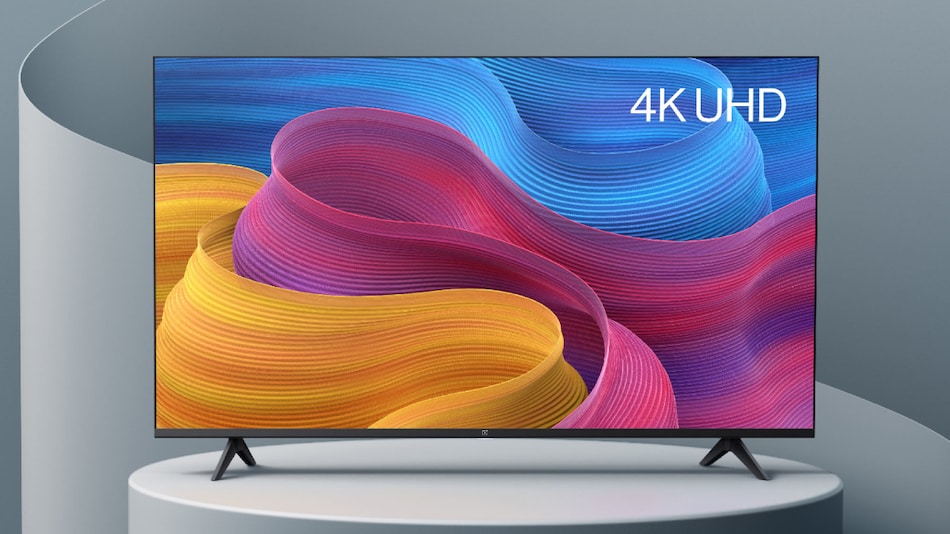 OnePlus TV 50 Y1S Pro now has a launch date in India, following teasers from last week - it will launch in the country on July 4. Like its predecessor, the OnePlus TV 43 Y1S Pro with Gamma Engine, which was launched in April this year, the upcoming smart TV model will feature a bezel-less design with a 4K UHD display with MEMC technology. It will offer HDR10 support and will come equipped with 24W speakers featuring Dolby Audio support and AI-Powered Visuals. The upcoming smart TV also carries 8GB of internal storage.

To recall, OnePlus had last week teased the India launch of the OnePlus TV 50 Y1S Pro smart TV. Now in a fresh update to its microsite, the company has confirmed that the launch of the smart TV will take place on July 4, 2022, at 12pm. On the other hand, Amazon India has already listed the key specifications of the OnePlus TV 50 Y1S Pro ahead of launch. Interested customers can click on the “Notify Me” button on the website to know further about the upcoming device.

The OnePlus TV 50 Y1S Pro is teased to feature a 50-inch 4K UHD display with a 10-bit colour depth. It will come with Gamma Engine for enhancing image quality in real-time. It is confirmed to offer a host of features including Motion Estimation Motion Compensation (MEMC) support, HDR10 support, Dolby Audio, and more. Like the previous OnePlus Y-series smart TV models, the upcoming TV will have a Smart Manager featuring allowing users to control many functions including system speed, and freeing up storage space, among others.

The listing indicates that the OnePlus TV 50 Y1S Pro will feature 24W speakers with support for Dolby Audio support. The smart TV will offer connectivity with other OnePlus devices and users will be able to adjust the TV's volume via the OnePlus Watch with the Smart Volume Control. With the Sleep Detection feature, it will automatically fall asleep with the user. The listing also suggests 8GB of internal storage on the new smart TV.