Sony's Project Morpheus: Will 2014 be the year VR goes mainstream? 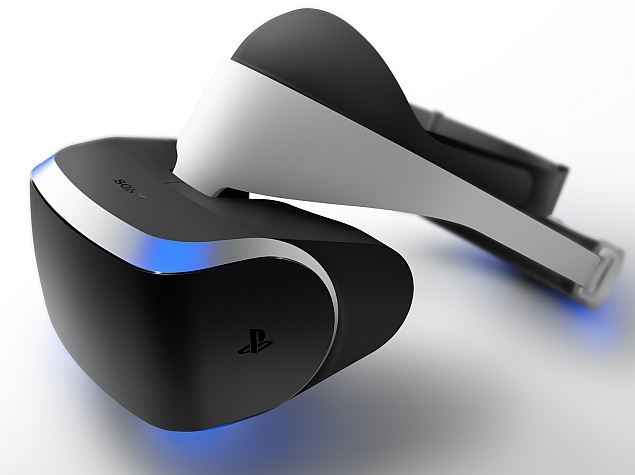 While 2014 seems to be the year of smartwatches in mobile tech, in gaming, this could be the year that VR finally takes off. At a time when the visual fidelity of consoles is starting to plateau, VR promises to open up new vistas, and enable completely unique experiences. Some of the most exciting projects being developed for the popular Oculus Rift VR headset aren't even games.

Sony on Tuesday announced a new virtual reality technology codenamed Project Morpheus. A VR headset for the PlayStation 4, Morpheus draws some obvious comparisons with the Oculus Rift, a Kickstarter funded VR headset that is being developed for use in PC games. The Rift has been in development since 2011 and the latest prototype was shown at CES this year. It garnered a lot of early support from the gaming industry, with people like John Carmack (Id), Cliff Bleszinski (Epic) and Gabe Newell (Valve) being strong early supporters.

Aside from the Morpheus and Oculus, we also already have the Avegant Glyph (which uses a projection technology instead of LED), and both Valve and Microsoft are also reportedly working on VR headsets.

With the announcement of Morpheus, Sony is also throwing its weight behind the concept of VR games. As per a report in The Verge, Sony Computer Entertainment Worldwide Studios President Shuhei Yoshida said, "The industry has grown by creating technological advancements for video game players. Advancements that people maybe weren't expecting or thought was possible." PlayStation, he said, is focused on "pushing the boundary of play," and "it's this focus that drives how we innovate and create the experiences we deliver to gamers."

"Virtual reality is the next innovation from PlayStation that will [shape] the future of games," Yoshida said.

At GDC, demos showed early attempts at VR, such as a first person version of God of War, and also some early headset prototypes. Sony has also been releasing headsets in the HMZ series of personal viewers, which are meant for simulating large screens and not virtual reality. Early experiments involved using the viewers and PlayStation Move controllers.

The new Morpheus prototype is a result of this experimentation and Sony will continue to develop the headset based on developer feedback. There will be demo units available at the Sony booth at GDC.

One thing that makes the Morpheus stand out from the Rift is that Sony is also using a 3D audio technology for positional sound. So far, the Rift has focused on the visual element of VR.

Sony's headset has a 90+ degree field of view while the Rift has a 110 degree field of view. Rift developer Palmer Luckey has pointed out in the past that the large FoV on the Rift is essential for creating immersive worlds, so it will be interesting to see developer feedback when it is more extensively demo-ed. One piece of news that is particularly interesting CCP Games' space fighter Valkyrie, which is being published for the PC jointly with Oculus, will also be releasing on the Morpheus. The company clearly feels that Sony's product offers something competitive to the Oculus.

The Oculus has been instrumental in building the buzz around virtual reality, and bringing the idea back into the mainstream of gaming. We're already seeing third party devices being developed with the Rift in mind, such as the Virtuix Omni Treadmill - you wear a Rift, and step onto the treadmill, and then running, turning, even ducking in real life are used as inputs in the game, for total immersion.

And it's also being used for a lot of non-gaming applications. Recently, at SXSW, HBO used the Rift for a simulated visit to The Wall, from Game of Thrones. Virtual theatres and virtual roller-coasters have been demonstrated on the Rift as well, showing how it can be used beyond games.

However, as of now, the Rift only has developer kits in place, and the process, for now at least, isn't as simple as picking up a device and playing with it. Also, with the Rift, you'll need a reasonably powerful PC to push the experience.

That's where the value proposition of Project Morpheus comes in - the idea is really as simple as buying the headset, plugging it in, and playing. And while the Rift hardware is getting most of its support from indie developers, Sony has the muscle to bring AAA games to the customers who buy a headset from the word go.While the Rift might deliver more interesting experiences that explore what VR is capable of, it might be the traditional game companies that make it mainstream.
Comments