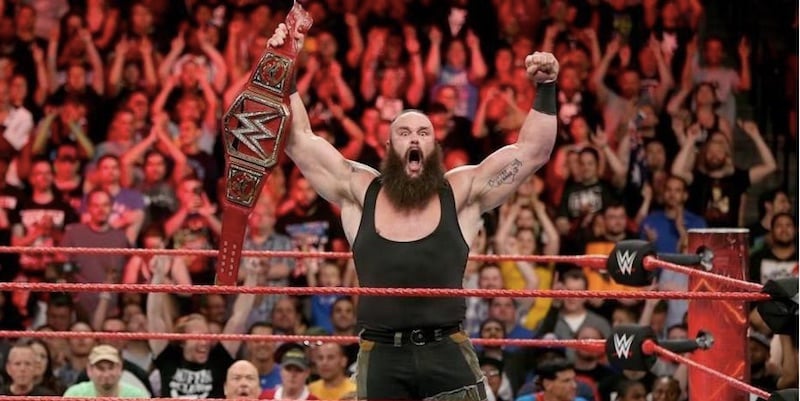 WWE is one of the most popular entertainment brands in India. So much so that it sends its wrestlers over to the country regularly to promote its shows and the annual WWE 2K video games. With WWE 2K19 on the way, this year Braun Strowman graced our shores. He's the current title holder of the Greatest Royal Rumble and 2018 men's Money in the Bank contract.

For most of his career in the WWE, Strowman has been portrayed as relentless villain or heel. Of late however, there’s been bit of a change. Gadgets 360 caught up with Braun Strowman during his trip, we started by asking which of the two he prefers - being the babyface or the heel?

"There are aspects to both sides of the characters I enjoy, so it's really hard to say," he says.“It's just an unbelievable opportunity to do either one. I look forward to just going out and performing. So I don't really have a choice. I like performing.The writers put their two cents there and I may put my two cents there and hopefully two plus two makes four and the crowd likes it."

The conversation shifts to the WWE video games. Strowman's been a playable wrestler in them since WWE 2K17. This makes WWE 2K19 his third virtual outing. In WWE 2K17 he had a paltry rating of 78 while in WWE 2K18 it was bumped up to 88. While his (or any other wrestler's) rating in WWE 2K19 hasn't been made public just yet, we had to ask what he thought of the rating process in the video games.

"I don't know what the hype is and the hustle and the bustle about all the stats are, I could get beaten at video games playing as Braun Strowman or anyone else and I'd get beaten in 30 seconds," he says."I don't know the difference between the A and the B button much less the power or score rating or whatever. I'm just happy to be a part of the video game."

Despite owning a Nintendo Switch and WWE 2K19 skipping the platform, we wondered what he'd be playing the game on, if at all. It turns out that the ergonomics of current console controllers aren't a great fit for him.

"I tried to play it. I'm not good at it. I'm more a physical person than a technological person so, yeah it's a little tough to play video games when your hands look like frying pans with bananas painted to them," he says.

As for WWE 2K19 itself, this year's game has Ronda Rousey announced as a pre-order bonus character. For a franchise dominated by male stars, it's a refreshing change. With that in mind, we wondered if the WWE audience is ready for a game with a female wrestler as its cover star, what with several big budget games such as Assassin's Creed Odyssey, Battlefield V, Beyond Good and Evil 2, and The Last of Us Part II featuring women in key roles.

"Of course," says Strowman. "We're pushing the women's movement and we're having our first all-female pay per view coming up. Ronda Rousey is without a doubt one of the females that started the women's revolution in the entire sports world. So yeah, without a doubt I'd say we're ready for a female wrestler on the cover of WWE 2K20 or whatever it is called."