Asura Is the First Made in India Nintendo Switch Game 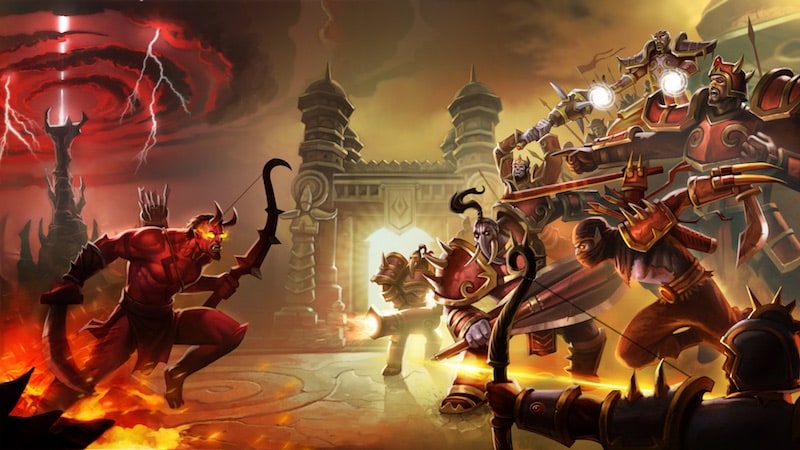 Asura from Hyderabad-based Ogre Head Studio is the first Nintendo Switch game made in India. The game fuses Hindu mythology with Diablo-like combat and was an entertaining effort when it hit the PC a year ago. Now it seems the game along with its Asura Vengeance expansion is coming to the Switch. The announcement was made by the game's Japanese publisher Dangen Entertainment on its website. There is no mention of any Switch-specific features and Ogre Head hasn't announced a Switch version on its social media or site just yet. No price or release date for Asura on Nintendo Switch has been revealed by Dangen either.

That being said, Gadgets 360 has reached out to Ogre Head and we'll update this story when we hear from the company. Considering Nintendo has been shopping around for Indian developed games for the Nintendo Switch, it should come as no surprise that Asura has made the cut. Despite being made by a small team, it had a decent amount of polish in its Steam release.

Multiple sources speaking to Gadgets 360 have said that Nintendo employees are evaluating games from Indian studios for potential release on its platforms. This was confirmed by a Facebook post from Bengaluru-based Holy Cow Productions that was visited by Nintendo, whose staff are in the city for the Indian Gaming Show as well.

Previously, indie developers such as Yacht Club Games — responsible for Shovel Knight: Treasure Trove have come out in admiration for Nintendo’s support for independent developers with ample promotion and advertising.

Nintendo looking at India for games is a welcome move considering the intense competition on Android and iOS make it tough for local developers to stay afloat let alone monetise. So much so that game studios are looking at other revenue opportunities like e-sports to pivot to.

Android P Might Just Be the Beginning of the End of Android Fragmentation
Apple Worth Nearly $1 Trillion, but Amazon Is Not Far Behind